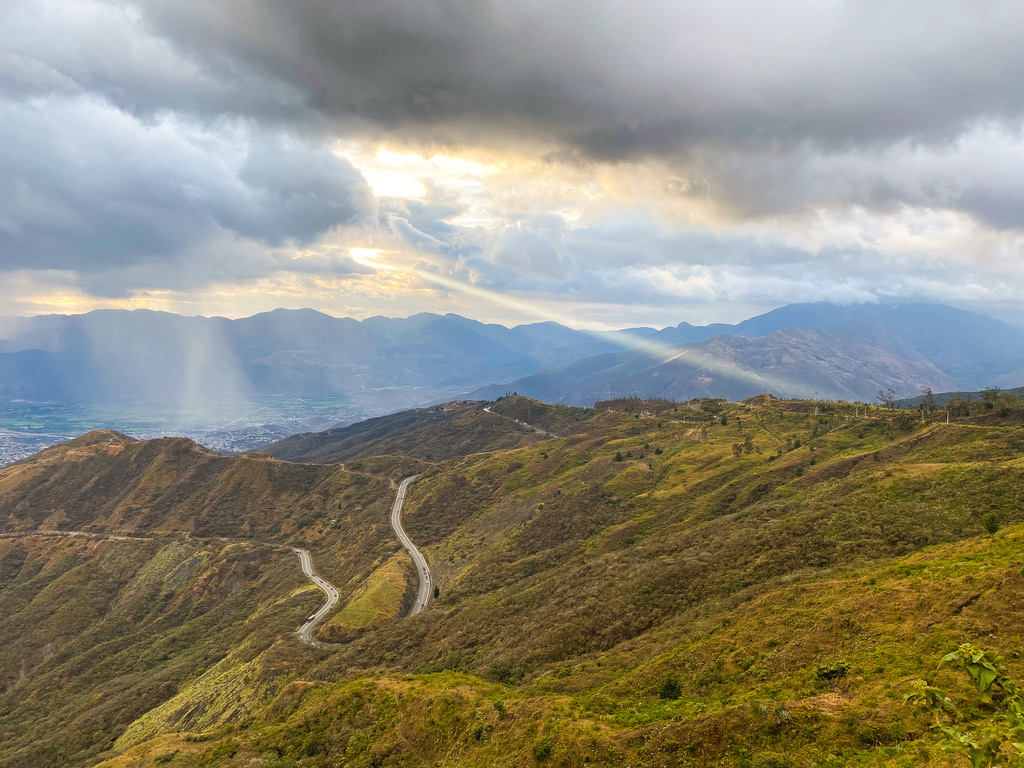 The Good, The Bad, The Ugly and the Spaces Between Them

I try to avoid cliches.

After copy editing last year with a classically gnarled old-school journalist, I have been on the prowl to slash and burn the cliches I have in my writing. I think I am improving. Nevertheless, sometimes those cliches are cliches for a reason and I’d be a fool to let a good trope pass me by. So, as I have emerged from my forced concussion sponsored reset, I am going to have a little fun with some lazy formatting because it’s what I want to do. Sue me.

In my ruminating on my summer in Ecuador, the old Clint Eastwood cliche keeps seeping in. It was good. It was bad. It was ugly. And I just couldn’t help but share this worn triumvirate in the third installment of Ecuador shorts.

The Good (Oh, and it was GREAT)

In the United States, geography seems expanded. Across our broad nation, the landscape offers gradual, sweeping fades from one biome to another. While the forests of the eastern seaboard are the opposite of the dry deserts of Arizona, the space between the two is an entire continent. Our geological and ecological diversity is the product of our grand space.

Ecuador is not grand, not from a perspective of scale. Its greatness is in its condensed splendor, its thousands of distinct ecologies in a country just a tad smaller than Nevada. For 1,500 miles, the surroundings I passed through were a montage of equatorial diversity, every hill offering a new spectrum of natural beauty.

While many individual moments stand out, one moment stands out. The fourth day of my journey took me from the heart of the mountains in Ibarra to the low slung forests of the coastal hinterland. Between them, I traversed a sinuous cobble pass over a classic Andean scrub forest as three worlds stretched out before me. Like a tapestry draped in front of me, the farms of the highlands, the jungles filling the sunken valleys, and the high mines of the barren yonder slopes offered panoramic shades of nature that are impossible in most places around the world.

Cobblestones are a contradiction in the world of cycling. In the sports lore and some hipster retrospective persuasions, cobbles are emblematic of a bygone romance. Streets of tightly packed mosaics of stone look truly timeless, and the cobblestones of France and Belgium provide the gritty stadiums we adore.

They are also, simply put, the worst possible road surface to pedal a bike over.

Ecuador’s main thoroughfares are generally magnificent demonstrations of man-made might. However, the auxiliary routes tucked into the country’s intricacies are paved with the brutalist irregularities of stone. These stones are beautiful at a glance. Laid in tight steep switchbacks cutting caminos through Ecuador’s ecologies, cobblestones are bedrock of rural transportation. But this bedrock will rattle all who pass over them, begging the traveller to slow down and stay just a little longer.

It might be just me, but in my dreams paradise isn’t wet. I rode for days through the green flesh of Ecuador’s tropical coastal plains and coastlines wondering if that would be the day my shoes might dry. It never was that day.

That is an ugly truth behind the beauty of the tropics: Being there is seldom comfortable. Yet, that ugliness relates only to questions of comfort. Below the heavy, low-flying clouds and around the drenched, soiled streets are the colors and majesty of a nature as rich as any in the world.

Over and over, I shivered my way into another dimly lit hotel room where hot water was scarce, and I could only be happy at what had happened. In my ugly discomfort was the majesty that brought me there.

In the good, the bad, and the ugly, Ecuador provided a monstrous challenge of faith. Not faith in a traditional sense, but faith in a broader stroke. At its origin, the experience was as exciting as it was daunting. At its precipice, the same feeling lingered. Even as I boarded my flight home, the process was still just a terrifying exploration of a dream. Only now, after a steady digestion, do I have confidence in my own capacity to continue to find my feet  in my own path of reporting.

As my future beckons, I yearn for more of that terrifying anticipation. I’ve seen that a quest into the unknown is always better than a familiar tale. After all, college isn’t where we go to find answers. It’s where we go to find the next question. Now, I am full of questions.

That is how I know I did a good job.