and Drew at Rodeo Labs talks about launching the Show Pony

Part one of the podcast picks up with Logan Jones-Wilkins rambling through the middle of America. After leaving the muddy grass field at the Rule of Three in Bentonville, Arkansas, Logan was on his way to Emporia, Kansas to race Unbound Gravel. With time to spare and capitalizing on his proximity to Stillwater, Oklahoma, an idea was born– a Rodeo Labs Podcast field recording. The first field recording is a ride in Bobby Wintle’s 4-Runner. Logan experiences some of Bobby’s favorite roads, which didn’t even make this years course!

Over my spring break I had $1,000 dollars of flight credit to use, built up from four postponed trips. After so many false starts, it was time to go again – and go I have. First up, Siena for the Strade Bianche. For the trip, I put away my Instagram and my updates and I turned to my journal. Over dinners and downtime, I wrote down my sensations. These are the moments that captured the trip for me, and I hope you enjoy the “crudo” distillation of my week in Tuscany!

People seem to flow here. In scarfs, overcoats, down puffers, and other regal regalia built for temperatures colder than now, the Italian masses move with effortless intention. In twos, and threes, and four, and sometimes ones but nearly never fives, people would come, and people would go in a swirl of the sing-song language of the land.

Our craft is about projections, blueprints, and framework. While our products seem final in their own context, it is up to us to first enact the scene before scrupulously building and maintain our creations. No matter what we say to explain away our decisive power to dictate our own perspective, that poetic justice is ultimately undeniable. If taught to work around our bias and prejudice, the power to scrutinize, probe and vet is the only path to free and fair constructions of our products. Products which are one of the few things that allow people to connect with thoughts, emotions and revelations that may yet escape their personal perspectives.

Loneliness is such a fickle thing.

For what seems like an overwhelming majority of our population, loneliness is a wasteful feeling. Loneliness is mental destitution; a dead-end street on the front stoop of depression, anxiety, and even death. All around the world, millions face these dead-end streets, and all too many never escape. Over the last year I have had my fair share of trips down that path. There have been the soggy winter rides, the classic case of college isolation, the solo Valentine’s Day dinner, and, of course, the never-ending quarantine in a no-stoplight town.

The following piece is a written reflection of the Rodeo Adventure Labs sponsored athlete and contributor Logan Jones-Wilkins. These sentiments and perspectives are that of the author and should not be viewed as the opinion of Rodeo Adventure Labs, although we support our athlete’s choice to use his position to voice his opinions.

Tonight, I am full.

Full of life from the purity of nature; full of friendship from time spent with an old friend; and full of fitness from the miles spent careening around the mountains of Arkansas. Yet, now as I sit in my living room at 1 AM Monday, June 1st struggling to find an elusive sleep, I am also filled with sadness. Sadness for my black and brown compatriots who still live in fear of those who are charged with protecting them; sadness for the men and women who have lost their lives too soon and their families who have not been given the justice they deserve; and sadness for all the loss racism has caused in this country that I have always called home.

My post season break after cross not only started before Thanksgiving (States was on November 23rd) but lasted a bit longer than it had in recent memory, about 2 months.  That meant I had no direction, commitment, whatever in December and most of January.  Having a new position at work helped that, and I went back to the homeland (Iowa) at the end of December – riding there at that time, well I wasn’t interested.  I started the season off on February 3rd, I had checkpoints along the way, a far off goal, and then another cyclocross season to ramp up for.

Continue reading
It is storm season in the Delta. Every spring here in the fertile flatlands of northeast Arkansas, with the planting of the cotton comes the yearly dance with satellite storms. For any cycling enthusiast, these storms provide a dynamic setting for any adventure. One minute, blue skies line the horizon and the wind is at your back. The next moment, you make a right-hand turn and get slammed by a 20 mile per hour cross wind with a blueish grey shelf of clouds barring down on you like an airborne grim reaper. Read More 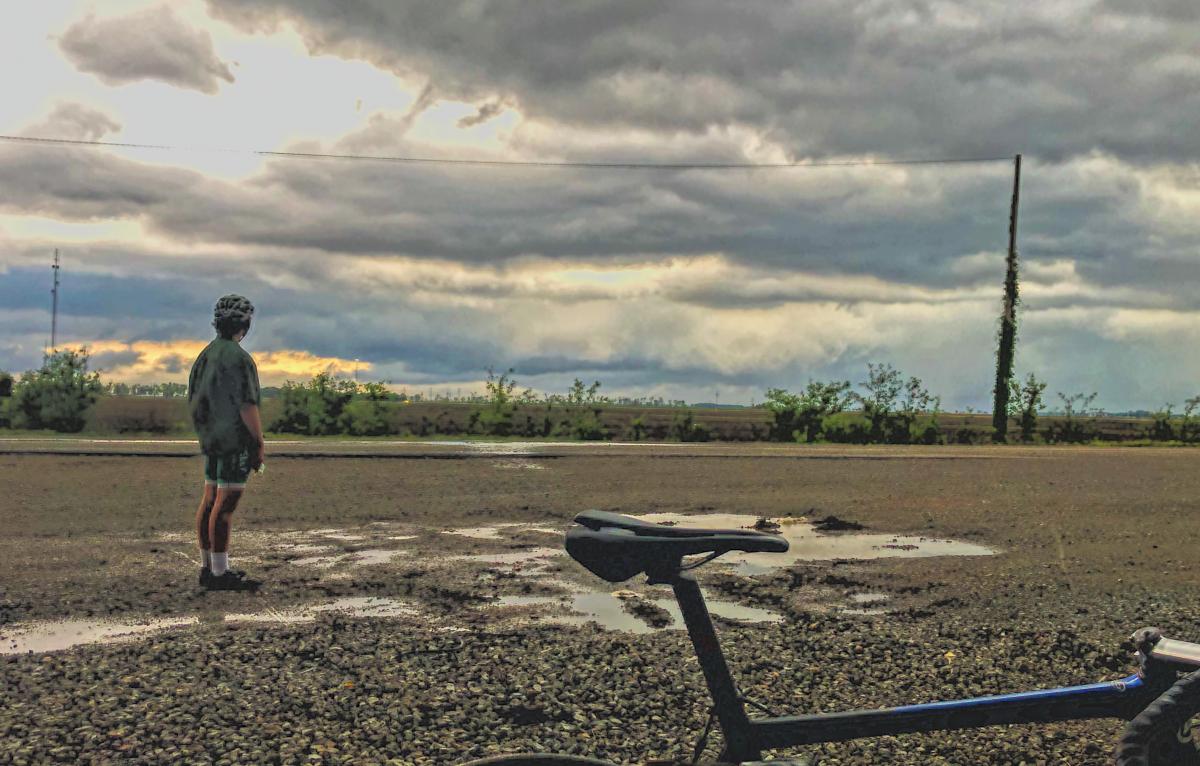 Last Monday, I experienced this challenge myself out on a recovery ride with my little brother. As we wheeled out of the driveway in our 900-person town of Wilson, Arkansas, blue skies were overhead and the omnipresent wind which has ruined many days was nowhere to be found. Only after we left the town of Wilson and entered the endless expanse of pan flat cotton fields of  the Delta, could we see the dark clouds on the horizon. Tully – my little brother who tends to actually think through things – questioned our choice to head towards the storm, but I refused; I wouldn’t be scared away by some angry clouds. The skies above us were bright and my good energy would not be stopped. 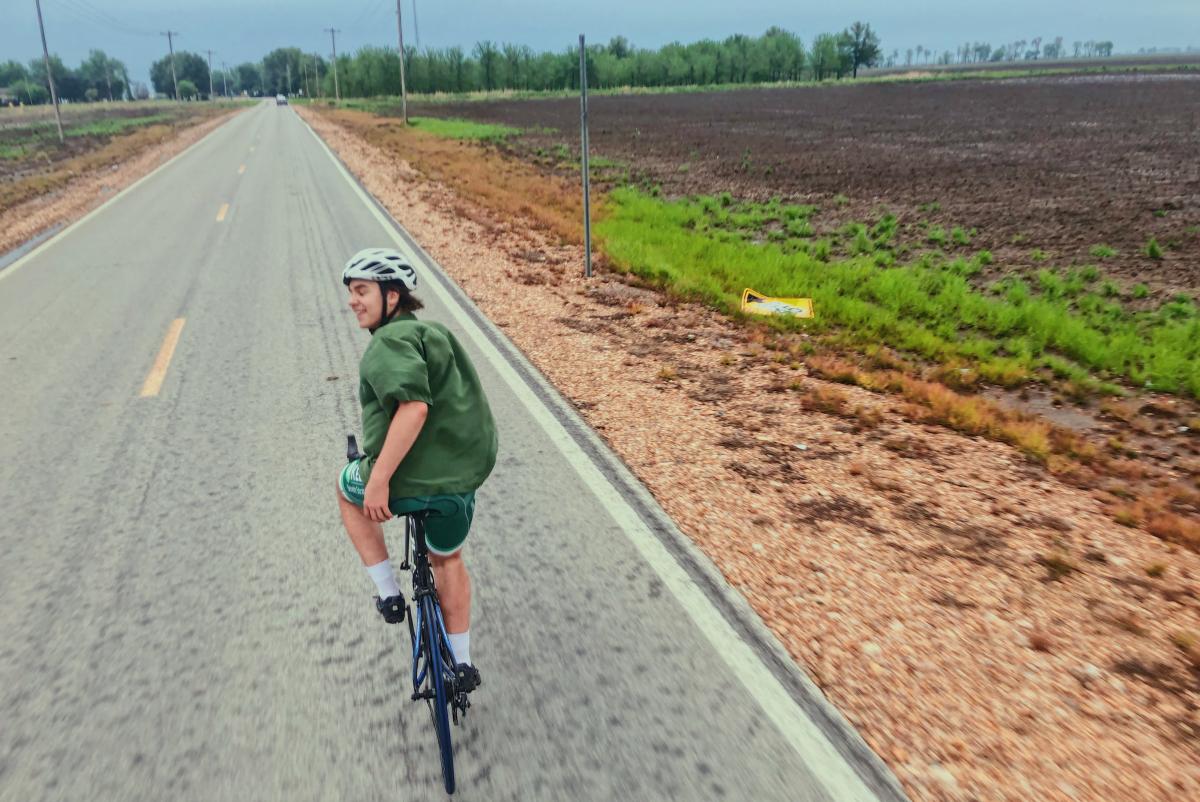 Tully and I bumbled along the rutted county road that lead north of Wilson to the town of Marie, cracking jokes and enjoying the fresh air. Yet, up ahead what had been a distant dark cloud had slowly morphed into a panoramic display of stormy fury. Lightning cut through the blackening background as thunder rolled off of the clouds that were beginning to bare down on us. As we turned away from the storm, a little trickle of fear started to wiggle its way up my spine. Over my left shoulder sat our house under the distant cluster of trees and water towers while over my right shoulder sat a cloud that only seemed to grow. As the sky began to turn green and our impending doom became clear, we made a quick left onto a rutted gravel road and pointed our wheels home. We were off to the races. https://www.rodeo-labs.com/wp-content/uploads/2020/05/IMG_5547.mov Whether it is the lack of competition in my life lately, or the lack of anything at all, the impetus of the fear of the storm was the only spark I needed to get the proverbial competitive juices flowing. For the last two-ish months I had been without competition for the first time I can remember. From rec soccer, to cross country skiing, to the last half decade on the bike, my life has been dictated by how far I was from my next start line. At first the void of races was a relief, a change of pace I wasn’t familiar with. Then, as the days became weeks and the weeks months, I began to feel stuck..Stuck in a house I have never lived in, stuck a thousand miles away from where I want to be, stuck with more schoolwork than I knew what to do with, and stuck without the tether that had anchored me for years. I even tried to write a post for this journal multiple times only to be foiled explaining the very “sticky” situation I just described. Everything was just…off. Yet, as I took off down that gravel road with my brother in tow, that stuck feeling evaporated into a euphoric smile on my face as forgotten adrenaline pumped through my legs. In the face of the roaring wind that gathered behind us and spits of water that hit my arms, I was giddy with excitement and joy, bouncing wildly down a dirt road covered with baseball sized stones. In the distance was a lonely tractor shed which served as the only possible shelter for miles. With the house still four miles away in an ever-darkening distance, the metal roof and its many ton John Deere cotton farming machinery would have to do as our race with the storm moved to its critical phase. 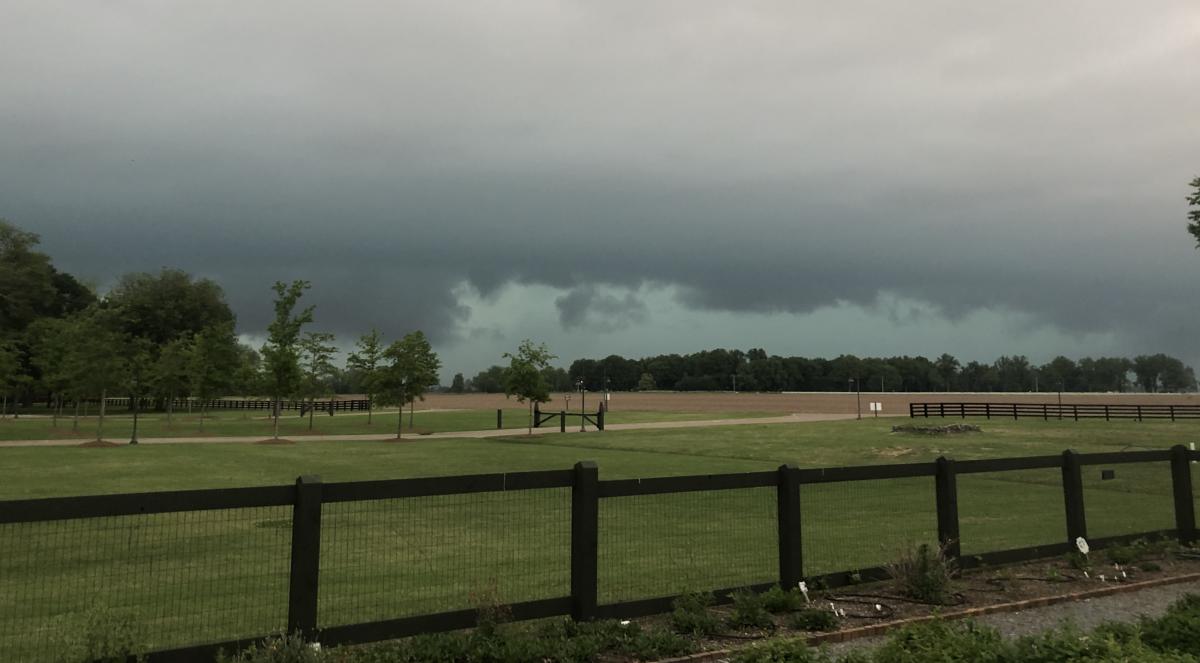 As I was sitting under that tin roof huddled behind a ten-foot-tall tire, I could help but thinking how fun that little race had been. I had to be present, focused, and powerful instead of living a life where time was at a standstill, yet also seemed to be slipping away constantly. In the week since that ride, I have felt much better on and off the bike. Although races still may be many months away, my little race with the storm gave me that feeling of carnal exhilaration that I’ve been missing. Going forward, I am going to be chasing that feeling. Maybe not the same fear of a possibly life-threatening storm barring down on me, but feelings, nonetheless.

Where do Donkeys come from? Where does Rodeo Labs come from? How do we know if our bikes are good? Why are there so few reviews of our bikes out there? What types of customers do we try to collaborate with? What makes Rodeo successful? @_bicyclemedia_ just posted a podcast with Rodeo’s founder Stephen Fitzgerald where we talked through these sorts of questions and other topics from our history. Look up the podcast on your favorite podcast client like iTunes or Spotify or it is embedded here below for easy access.

For those unfamiliar with me, my name is Drew. I recently came back full time to Rodeo after a couple year hiatus working elsewhere in the industry. When I originally worked at Rodeo in 2016 and 2017, I had enjoyed working here and contributing to the products and culture. But until recently I never noticed how important this brand and community actually are to me.