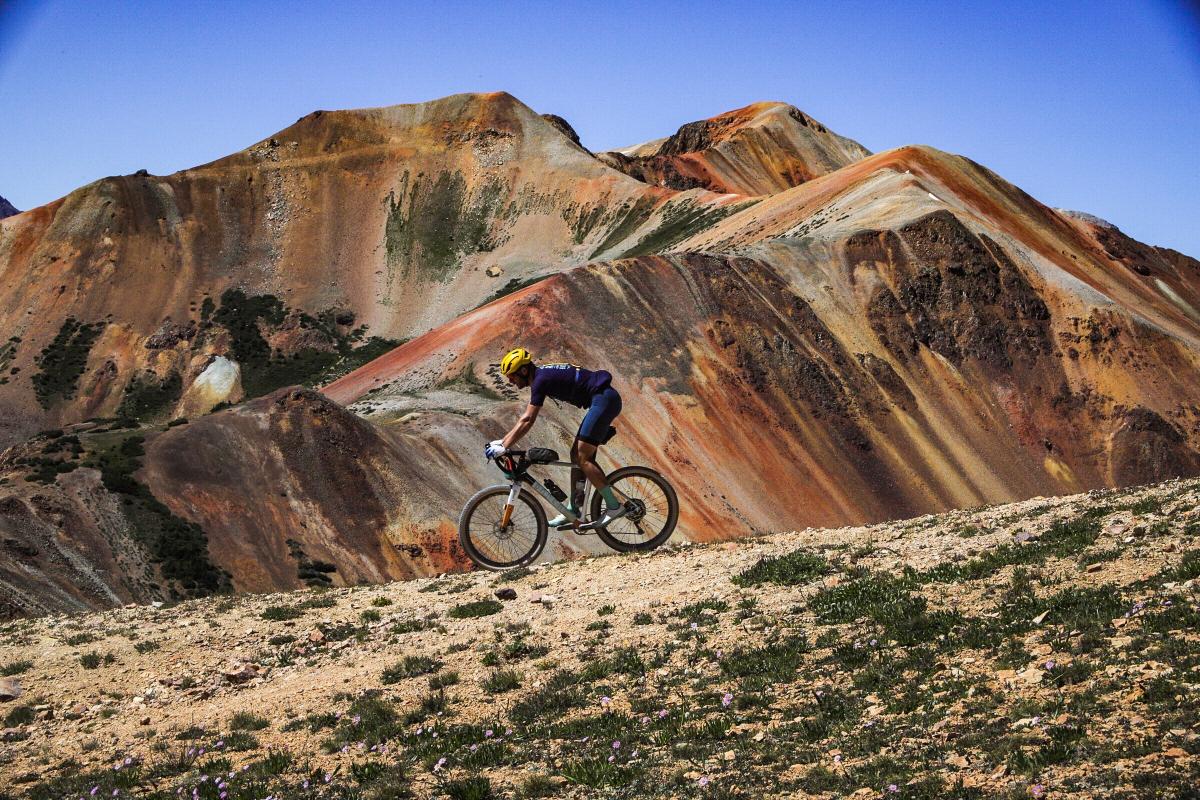 That feels really surreal to type out. Morocco? I never thought I would go to Morocco. It was just one of those far off lands that one hears about in movies and on travel shows. And yet, I’m going to Morocco. How did I get here? What am I doing here? How do I even start to sort the answer to that into something relatable?

In order to really tell this story I have to go back to 2014, the year it all started. By “it” of course I mean Rodeo Labs. Full name: Rodeo Adventure Labs. What a silly name that is. This is something that I’m reminded of every time I have to tell the name of this company to a stranger.

“Yes, Rodeo, like the thing with horses. But not with any actual horses anyway, for now at least. We do do donkeys though. That’s another story. Radio? No not Radio, Rodeo. Yes, Adventure Labs. No we’re not a laboratory per-say”.

I had to explain that once to none other than Google when they called to verify us as a business. I take pride in having confounded someone at Google. They’re pretty smart people.

Rodeo Adventure Labs. The name was almost a joke at first; the sort of irreverent thing you cook up when the thing you are naming doesn’t matter very much. It was just for fun, just a team of a half dozen bike riders who wanted to wear the same jersey and have no rules. We weren’t a company. We weren’t sure what we were, but we were excited to get going. But even though it was just a tiny bike team our name did mean a lot to me.I wanted to put some meaning into it. Each word had to pull its weight.

Rodeo: What image does that conjure in your head? To me only one thing comes to mind. I see an image of a cowboy astride a wild bull, the bull bucking wildly in anger and the cowboy looking rather like a rag doll hanging on for dear life. I see the Wild West. I see something distinctly American, not in a nationalistic sort of way, but something that is born of the of the elements that surround it. Texas seems very rodeo to me, but Deer Trail, Colorado claims to be the site of the first rodeo ever held. Whether that is true or not is irrelevant to me. I picked the word Rodeo because we were creating a cycling team that was very intent on defining itself, not being defined by tradition and other people’s history. Rodeo meant that we were in for a wild ride, and that we might have to hang on for dear life.

Adventure: Such a tired word now. It is used in every other SUV commercial, clothing ad, and certainly a few hundred times in every modern cycling magazine. Adventure is that magical thing that we all see ourselves doing. That thing we want to do. That person that we want to be. Marketers know this. They know that if they attach that word to their product it makes it aspirational. Adventure is that hope of escaping the mundane cycle of day to day life. Adventure is hot sauce. Life has far less spice lwithout it. I guess I picked that word because that is what I wanted our team to be about. I was losing my love of office park crits, of rules, and of being told where to ridewhatever bike I happened to be riding. The word Adventure expressed my hope that we would find our own way to interpret the sport of cycling, of a willingness to chart a course into the unknown and our excitement for what we would find.

Rodeo Adventure Labs. The words work together and on their own. I didn’t intend that. I just got lucky.

I got even luckier in that the words held true. In the six years since we started Rodeo has never ceased to be and adventure, a laboratory, or an adventure laboratory. Six years, going on our seventh. My mind is boggled by that. How is any of this even real? How is this my life? How did we survive this long? How did we make it through the things that we did? I don’t have that answer down pat. I don’t have it quantified and bottled up. I may run Rodeo but it is a mystery to me. As much as I try to run it I feel like I’m simply swept along by it like a very tiny raft in a very raging Colorado river. Each series of rapids is exhilarating. Each of the fleeting calm stretches of water is welcomed and savored. What is around the bend? Don’t ask me. I don’t know. There is no long term architecture in place against which to plot our every move. Around each bend could lie a waterfall, a whirlpool, or a calm eddy. That is the unknown of it all and that is why it to this day remains an the word adventure holds true.

In October of 2019 I found myself reliving almost every memory in the Rodeo archives. We were preparing an exhibit / booth for Philly Bike Expo and I had decided somewhat foolishly to parse through the tens of thousands of photos in our visual history, print my favorites, and hang thousands of them in our booth. Ever since our very first photo, our very first instagram post in January 2014, Rodeo has told its story relentlessly. We may in fact be a bike company these days but I really believe that on a deeper lever we’re just an extended story of a passionate community playing out in full view of the public. Our story isn’t a marketing project pushed out by necessity. Our story is told out of genuine childlike excitement for what we are doing and my desire to relate that as well as I know how.

It took me the better part of two weeks to work my way through all of our photos back in October. Even the oldest image felt fresh. Pictures of rides summoned the people and conversations that were on those rides. The entire process had a deep effect on me. It gave me a bit of a bird’s eye view of who we were now compared to who we were in the beginning. I felt a pang of sadness. Despite being very proud of where we are now as a company I found myself deeply missing the rawness and the unknown of those early years. Everything was so fresh back then. Everything was so vivid. Could we attempt a certain ride on our bike? Would we survive? Yes? What if we tried something harder? What if we made a more ambitious route? What if we got stuck out there? Should we make a bike ourselves? Should we make a steel bike too? What if nobody bought it? What if we went bankrupt? What if that was the end of Rodeo? Was the experiment a success or failure?

The experiment is a success now. Rodeo is a stable, growing company. Rodeo makes two killer bike platforms. We sell a lot of Sporks to other bike builders. We love our customers and we take care of them. We have a family feel. We are able to put people first and that comes full circle back to us. We have respect in the community. We go on massive, massive rides in absurd conditions. We prove the mettle of our hardware over and over again. We’ve got it dialed. But is that a good thing?

In October I realized that we, Rodeo, had in a way “arrived” at a place of comfort and familiarity. That realization made me sad.

At that point of realization I felt a pang in my gut, and inclination, a prompt to get uncomfortable again. I felt the urge to start out on a new adventure. I felt the urge to get scared again. In late 2013 I had a comfortable job, a stable life, and some predictable places to ride.  In January 2014 I was in far over my head. I was unfamiliar with my surroundings and unsure of myself. Predictability was now in my rear view mirror. Boredom was abolished. Comfort was hard to come by. By throwing all of that out I’ve gone on one of the greatest adventures of my life.

In early October 2014 I saw a passing mention of Atlas Mountain Race being open for rider applications. I had seen similar events in the past: 1-3 week bikepacking races through wild places in every condition imaginable. Those events did not interest me at all. Those events terrified me. They were the realm of psychos, of people with no sense of discomfort, people with superhuman abilities to endure and overcome. I am not one of those people. I have limits. I have fear. I hate extended discomfort. On the weekends after a big ride or on weeknights after a day of work I love to go home at night, to see my wife and kids, and to sleep in my own bed. Real life is beautiful and if I leave it for long I get sad.

So when I saw that Atlas Mountain Race image pass me by I was very quick to dismiss it. “Never” I said to myself, and I genuinely meant it. But then I spent two weeks re-experiencing Rodeo history as images. I re-experienced all of those very real emotions and adventures that I had shared with friends in the preceding six years. In that time my perspective was completely changed. I realized that I in fact needed a new adventure. I needed to get scared again. I needed things to be untidy, unknown, and wildly challenging. Comfort would stifle me. Comfort would stifle Rodeo Labs. I needed the Adventure part of our name to ring true to me again.

Atlas Mountain Race once again appeared in my social media feed and this time they were announcing that applications were now closed. The chance (that I didn’t even want) to participate in the event had now passed. Something inside me panicked as if I had missed a flight or a train. I composed a new email to the race director:

“I know I’m too late, and that I’ve already missed the cutoff, but is there any way that I could be put on a waiting list or have a second chance to register if a spot in the race were to become available?”

I hit SEND. And then I waited…