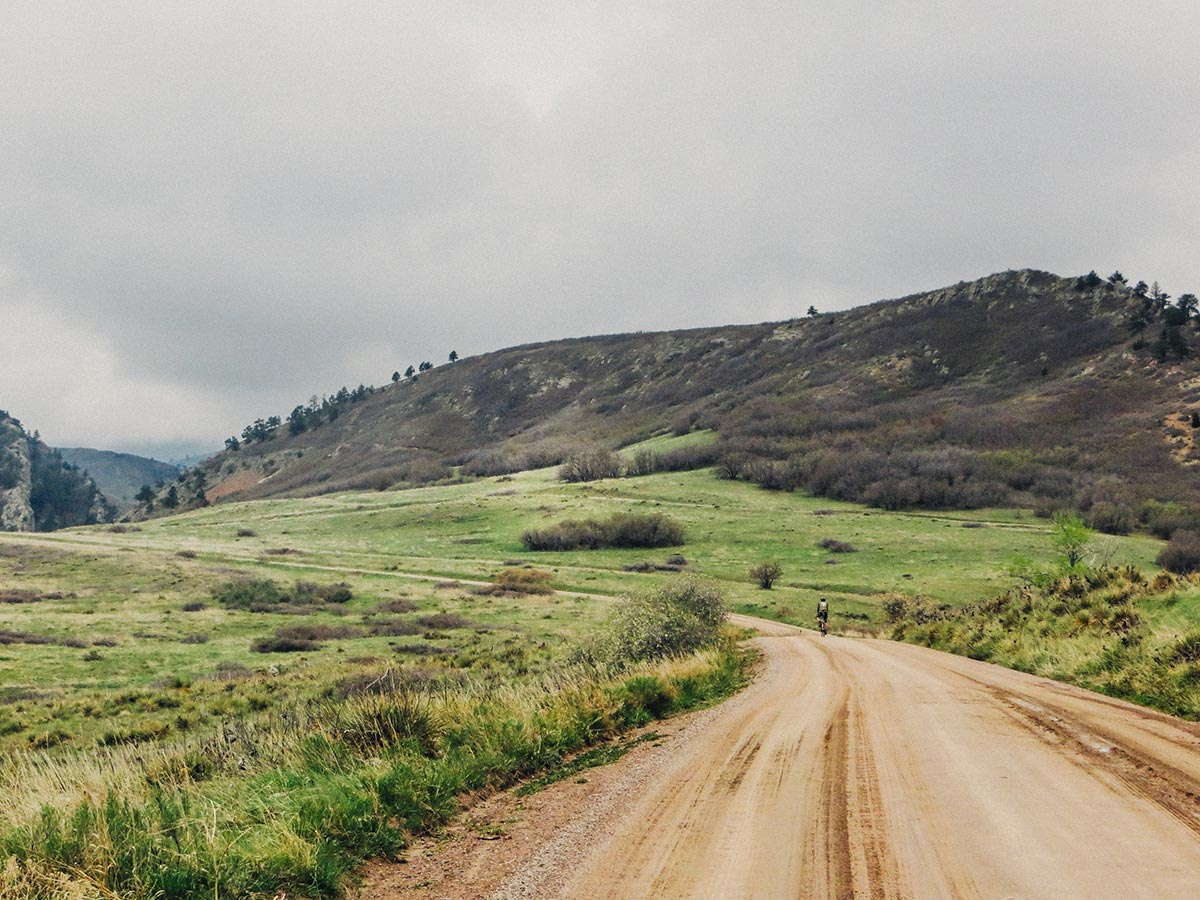 My phone lit up. Text from Peder.

His timing was uncanny. It was Monday, I had cleared most of my to-do items for the first half of the day and I was beginning to consider whether or not I’d be able to head out for a ride. My monitor glowed with the Doppler loop of Weather Underground’s precipitation map. Even though we’d been hit with a couple of days of solid rain and the clouds still sat threateningly low, the map actually showed surprisingly few green and yellow blobs of wetness.

“It’s not as wet as you think.” I texted back. My attention was fixed on a spot on the map thirty miles south of me. For about a month I’d been drawn to a place where the flowing undulations of Colorado’s prairies are suddenly, unceremoniously violated with sharp spires of sandstone sticking out of the ground at sixty degree angles. That place was called Roxborough State Park. I had never been there and I had no good reason why not. The idea of finally visiting for a first time has been a dripping faucet in the back of my mind for a better part of a month and on Monday I was considering shutting the faucet up.

Many days when I’m at the point of decision of riding or getting work done, “work” wins. Sometimes justifiably so but other times the anxiety of unresolved stress keeps me at my desk hammering away at meaningless tasks in a futile effort to bring some order and calm to my existence. Those are the days I don’t get much work done, I just wring my hands and waste time. Those are the days I should probably just go for a ride.

On Monday it is difficult to say if I would have ridden or not on my own or just pined away staring at the radar loop, but the text from Peder put me over the top.

On Monday we rode. We kitted up, met up, and headed south.

It’s funny when you start a ride and you know exactly where you are going and you know exactly what the road you want to ride will look like when you get there. In my head I had the singular image of the point where Roxborough Park road crosses Titan road and the pavement gives way to gravel. I’d seen the intersection once but I had not ridden through it onto the dirt. Perhaps because of this the image of this road has quietly tortured me, telling me that I need to come back and see where it goes and what lies over the crest of the hill. 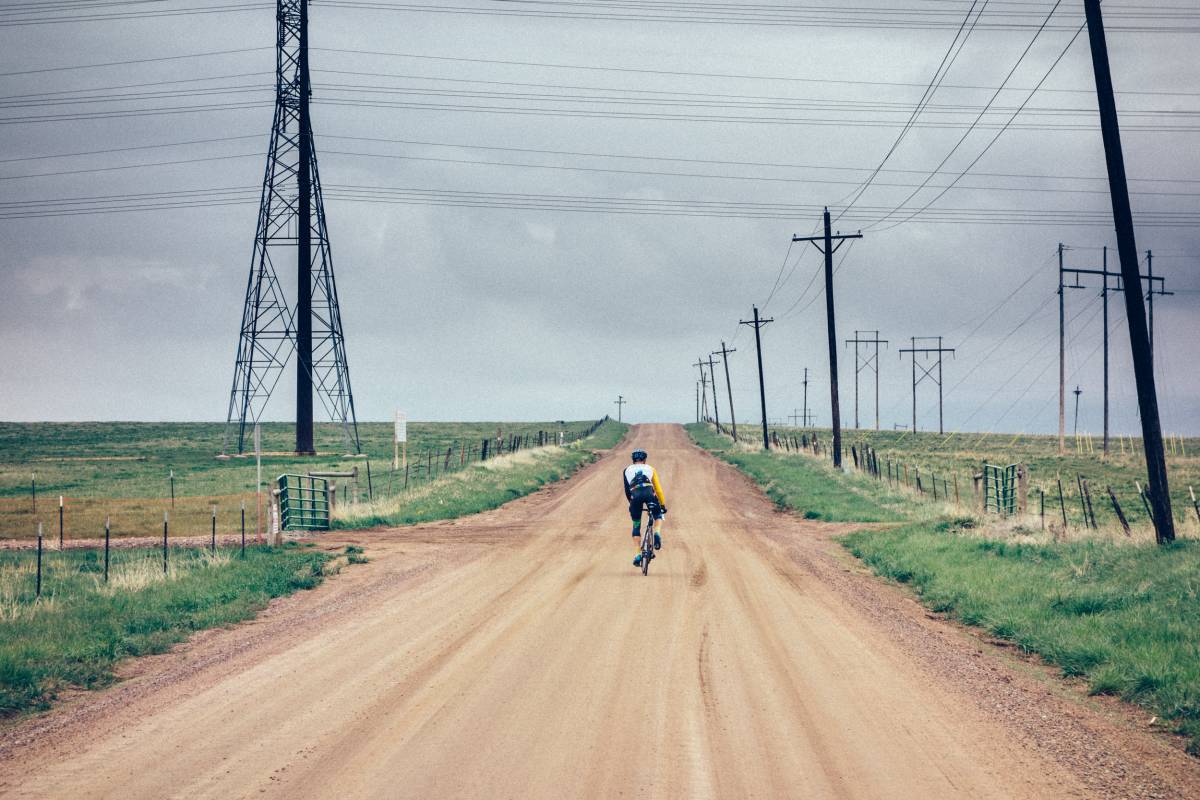 Peder and I made great time heading south to that intersection. This could almost go without saying for anyone that has ever ridden with Peder because Peder doesn’t do “slow”. Peder doesn’t do “tempo”. Peder just crushes watts mercilessly as if they were somehow an annoying obstacle standing between him and his destination. Usually when I’m riding with Peder I bluff and follow his lead. On the outside I try to be calm and composed with measured breathing and relaxed conversation. On the inside I’m filled with doubt about how long we can keep up such a ridiculous pace.

“This hurts so bad!

Will he ever tire?

Should I just let him drop me?”

These are often my thoughts to myself when riding with Peder.

The upshot of this is that when riding together we cover a lot of ground quickly and we made it the 25 miles to Titan road in just over an hour. Often we mis calculate our ride times and are home late, but today we were covering miles like nobody’s business! I thought to myself that our wives would be pleased. 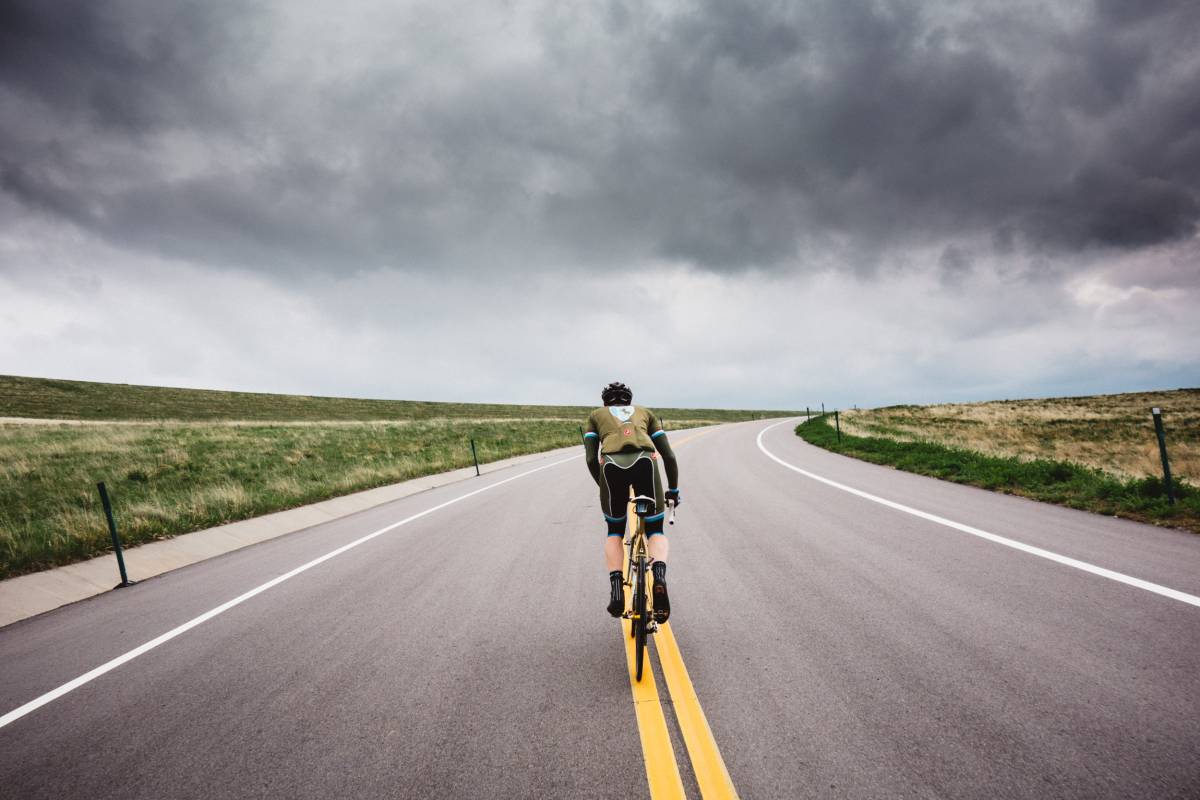 A fast circumnavigation of Chatfield Reservoir and a hustle south on Roxborough Park road put us onto the Titan dirt. The recent rain left the road mostly damp and compacted, not muddy.

I can’t quickly explain why I like dirt roads so much right now, so I’ll just say that I do and move on.

Having been in my head for so long it was a relief to finally explore this new strip of earth. The road did not disappoint. Quite often Colorado is a blue bird state with cloudless skies stretching from April to October, but sometimes Colorado throws a little bit of Portland into the mix and we get a beautiful layer of turbulent grey that reminds me of where I grew up. On Monday the clouds were in fine form and they added an air of mystery to our route. It didn’t really feel like we were riding in Colorado: We were exploring a new road in a new place that nobody had ever ridden before. On that Monday we were explorers by bike. It felt great. 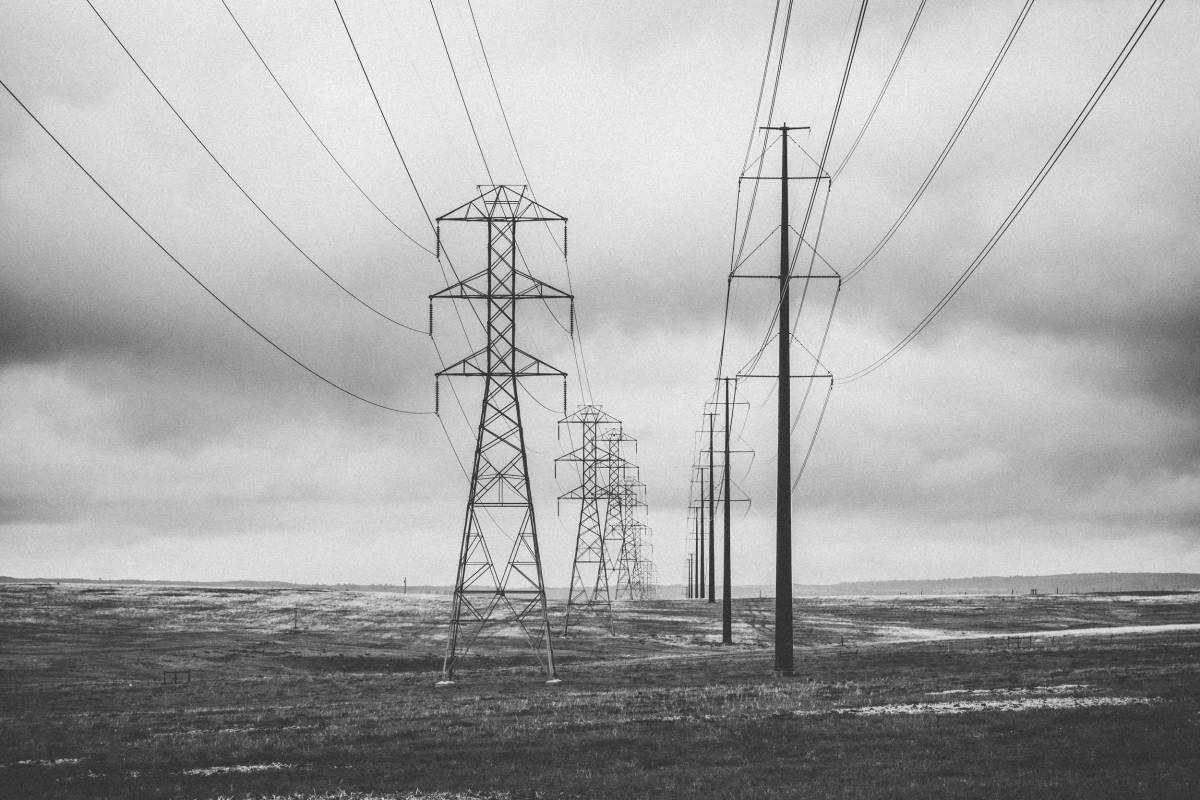 Our progress slowed. Our speed dropped from 25mph average to… 2mph average. We covered very little road for the next thirty minutes. Maybe riding a road fast is a good way to show respect for it. Maybe riding a road slow is the only way to really absorb it. We chose slow. Places and roads give me funny feelings and the way the brown ribbon we were riding cut through such perfectly open rolling plains was too good to rush. We stopped, we marveled at it, we took photos, we rode a hundred feet, and we stopped again. 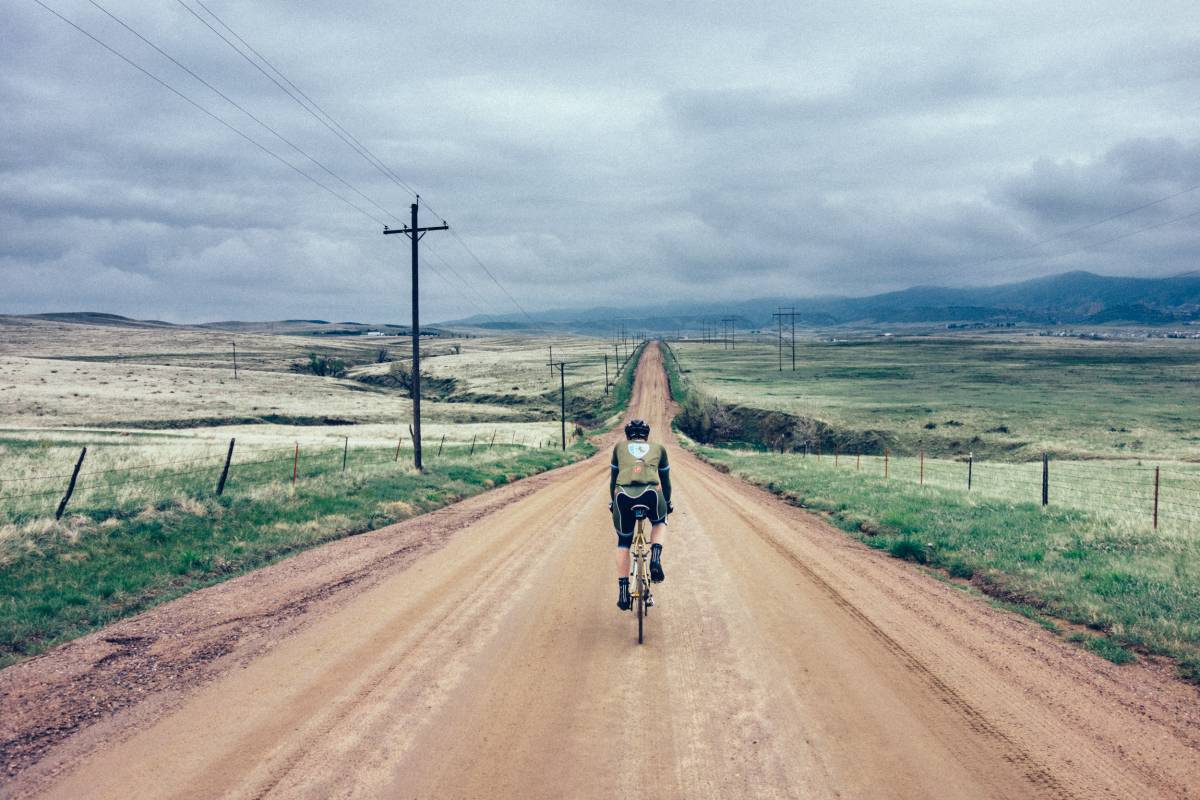 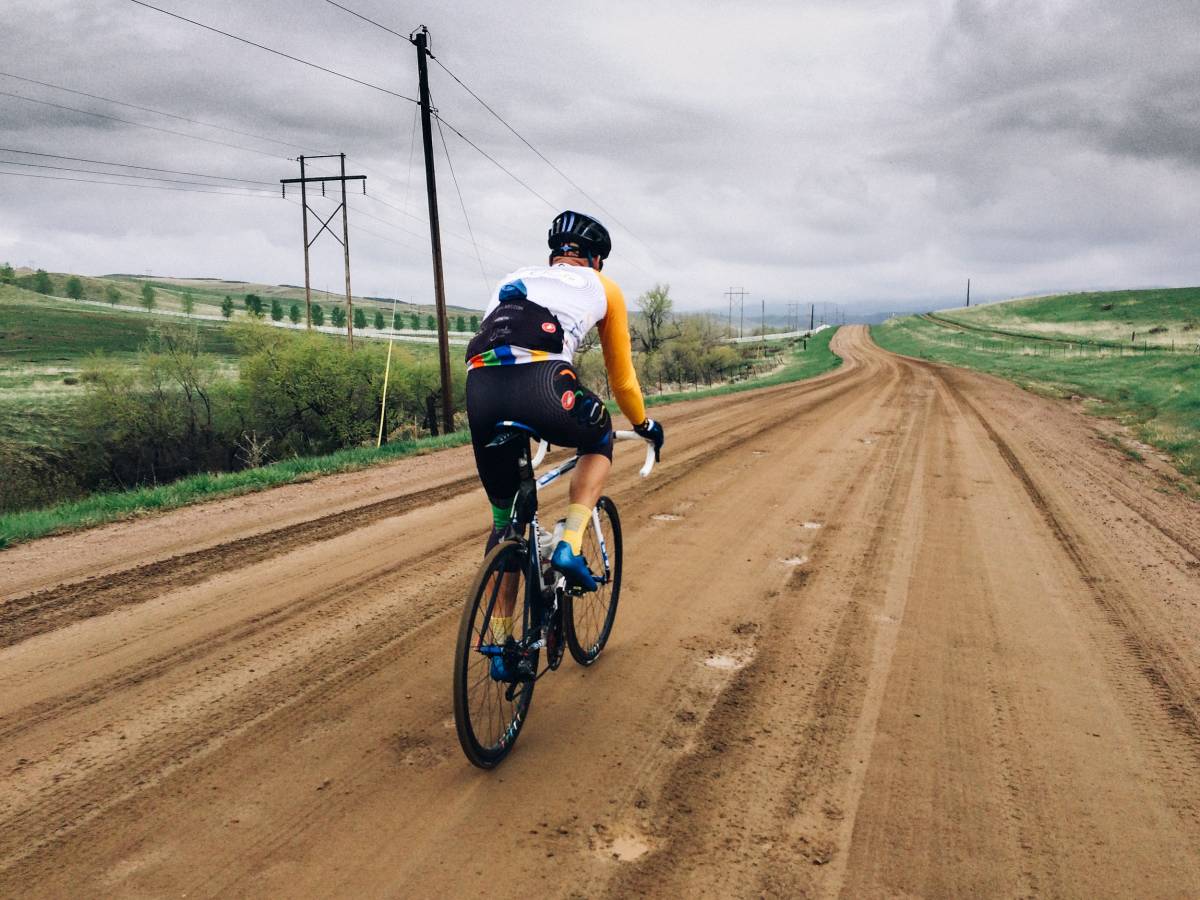 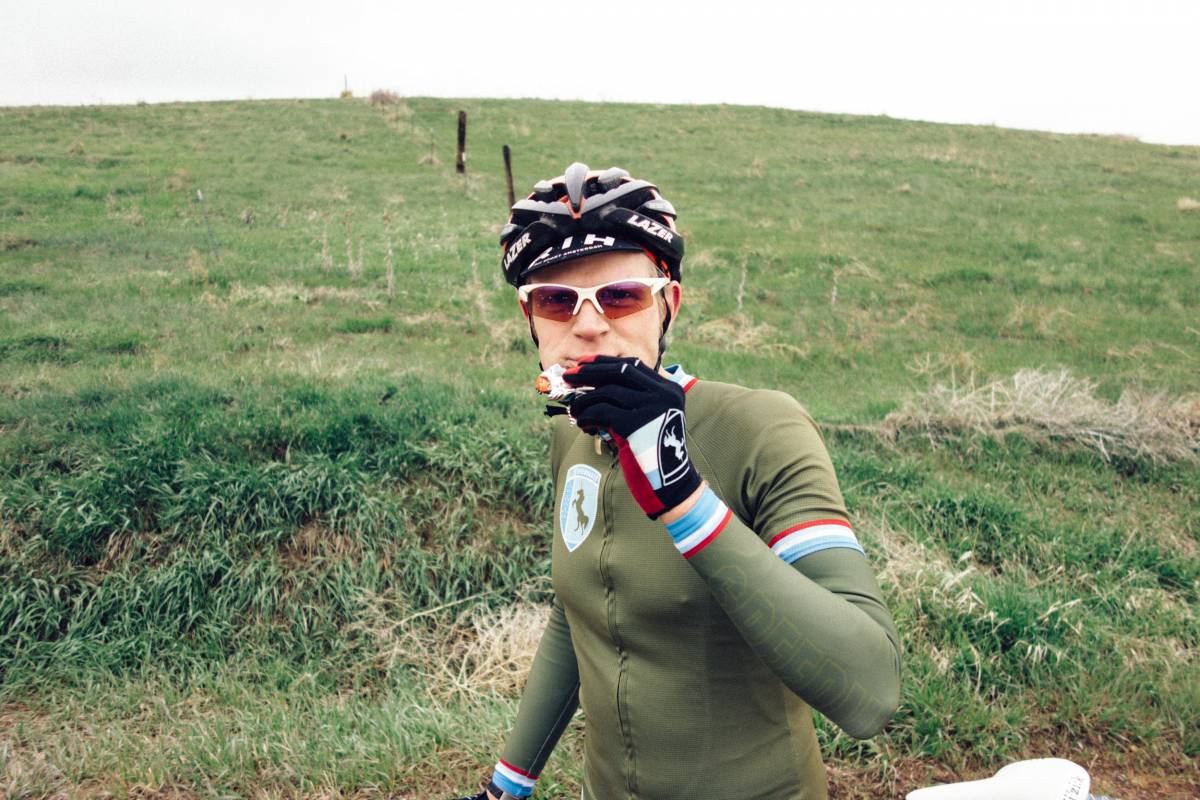 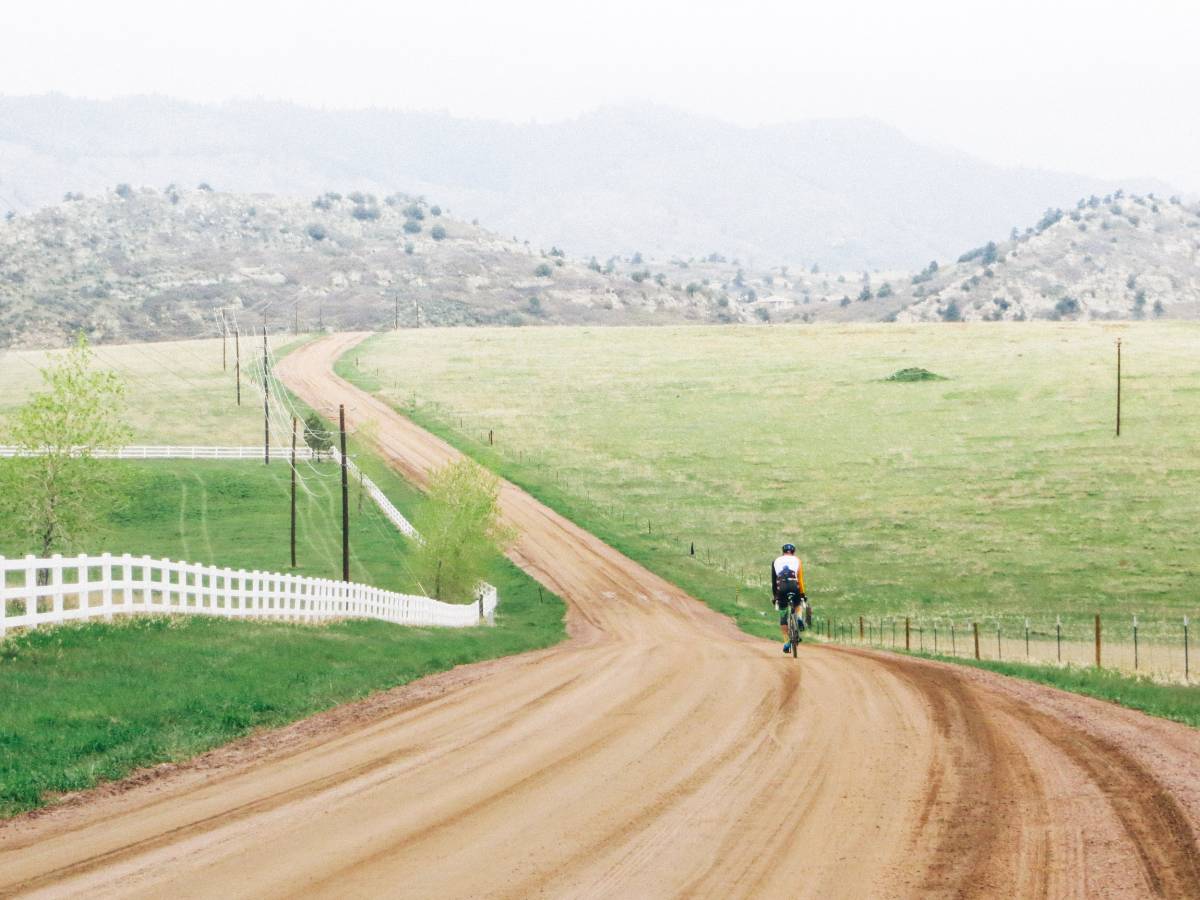 Eventually the road curved west, towards the rocky spine that had originally piqued my interest. We regained some momentum and headed towards the entrance of Roxborough. Peder had been through the park on previous rides but this was a new place for me and I felt a sense of anticipation that I was about to see something special.

To quote every click bait internet headline published in the last six months:

They thought they were going on just another ride, but you won’t believe what happened next!

Actually, you probably won’t be as amazed as I was. Roxborough is so beautiful that I blew right past “amazed” and landed closer to “giddy”. The pictures don’t do the vistas justice though.

Sometimes Colorado can be predictable, but if beautiful and predictable can co-exist then Colorado is one place that they do: Start with miles and miles of rolling plains, toss in some 14,000 foot mountains, add lots of rocks, dust with snow, repeat for hundreds MORE miles, and you’ve described a lot of the state.

Sometimes you think you’ve seen it all though, and Colorado severely reminds you that you haven’t seen anything at all.

On Monday my home state did just that: It combined terrain, trees, and weather in a way that I’d never seen before. 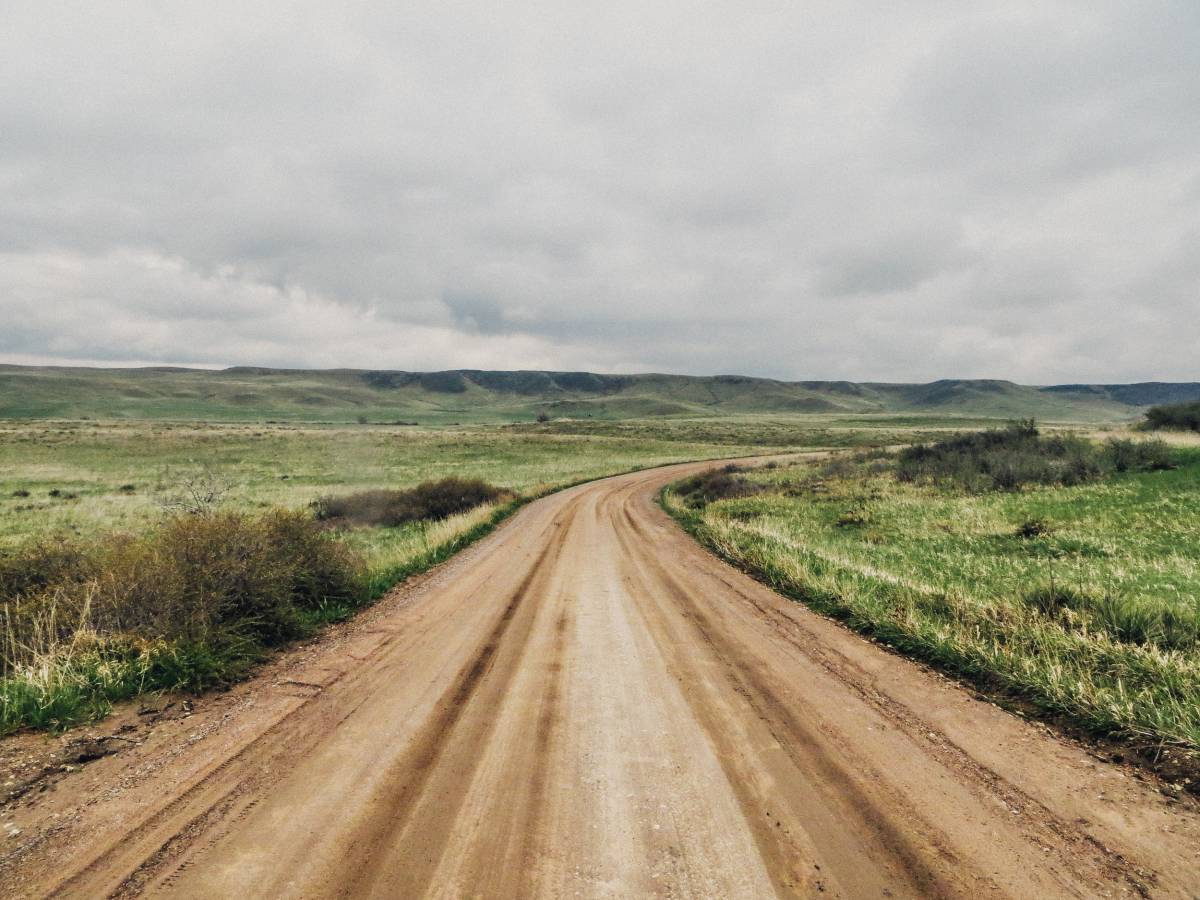 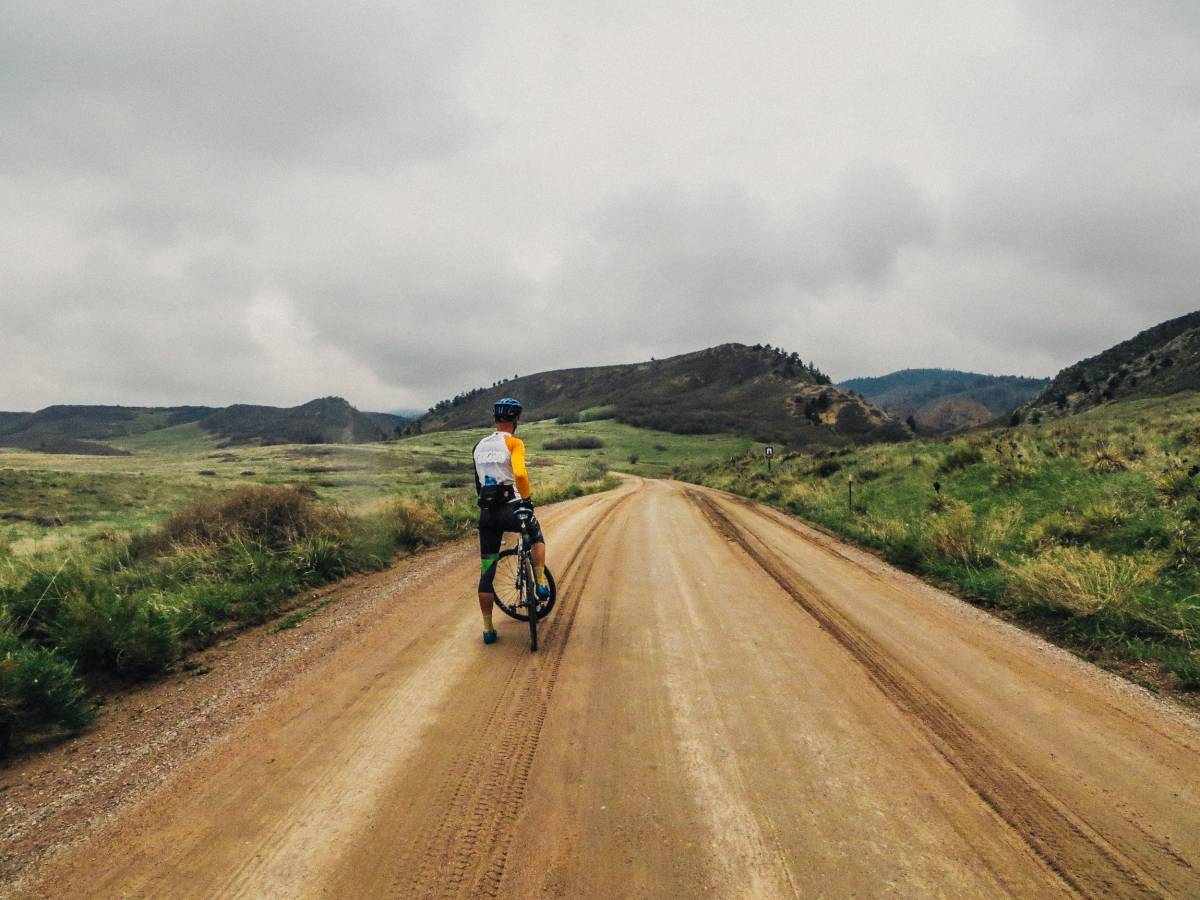 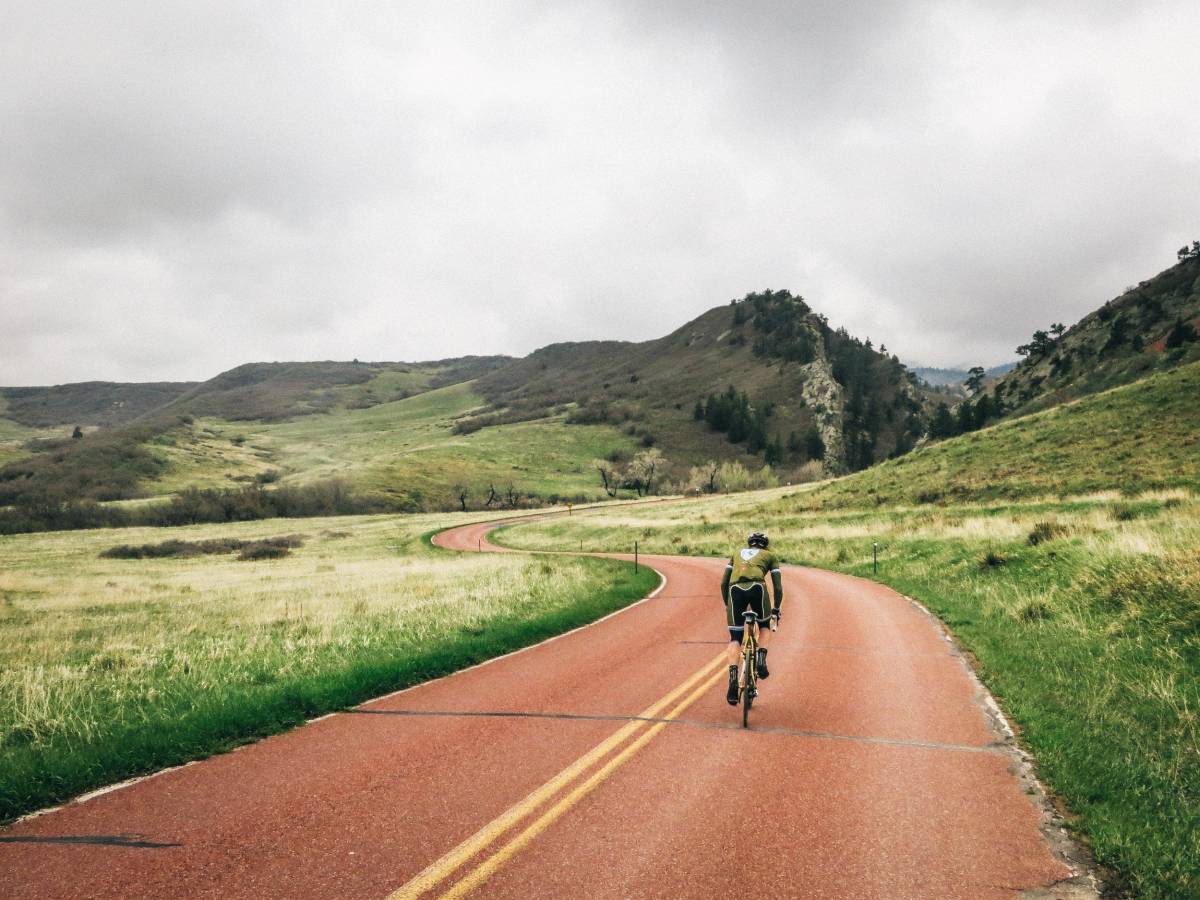 For miles and miles we saw plains to our left and a razorback ridge building to our right. When we finally intersected with and breached the ridge, Roxborough finally gave away what it she was hiding.

(I could probably write a paragraph here using the words “teeth”, “Mars”, “severe”, and “dramatic”, but I won’t.) 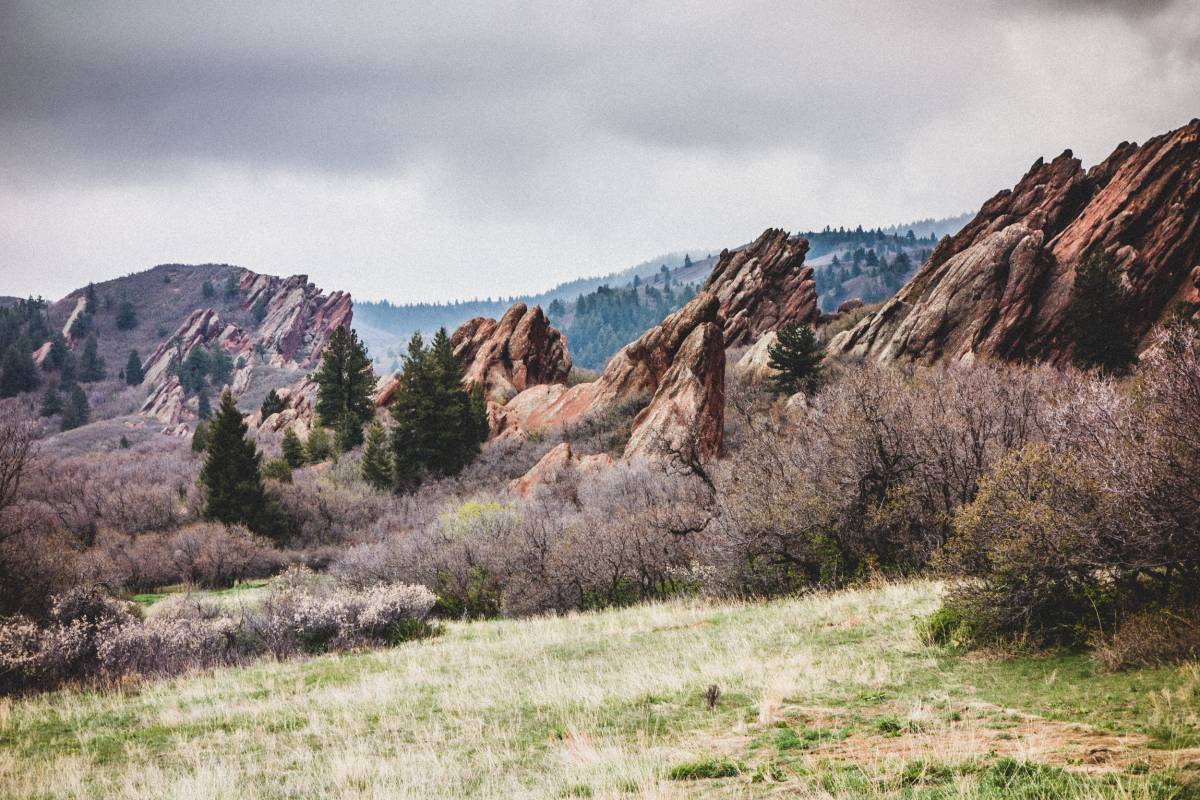 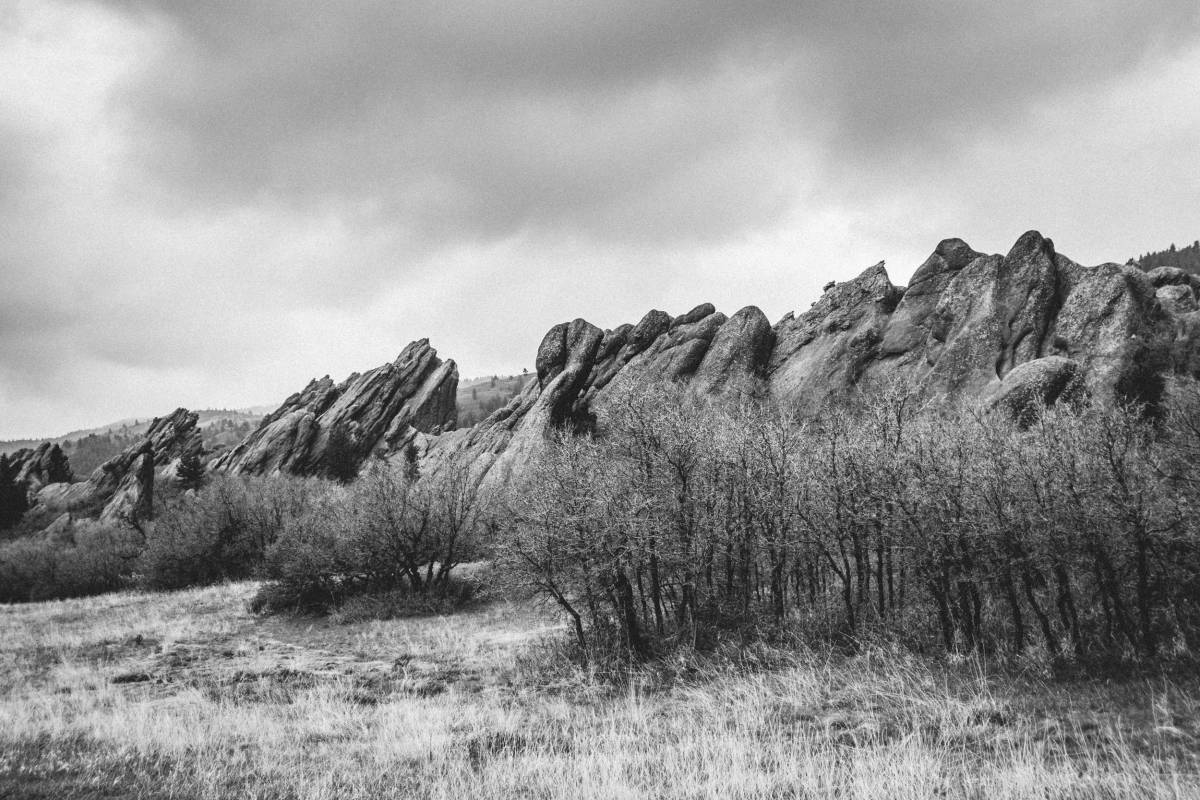 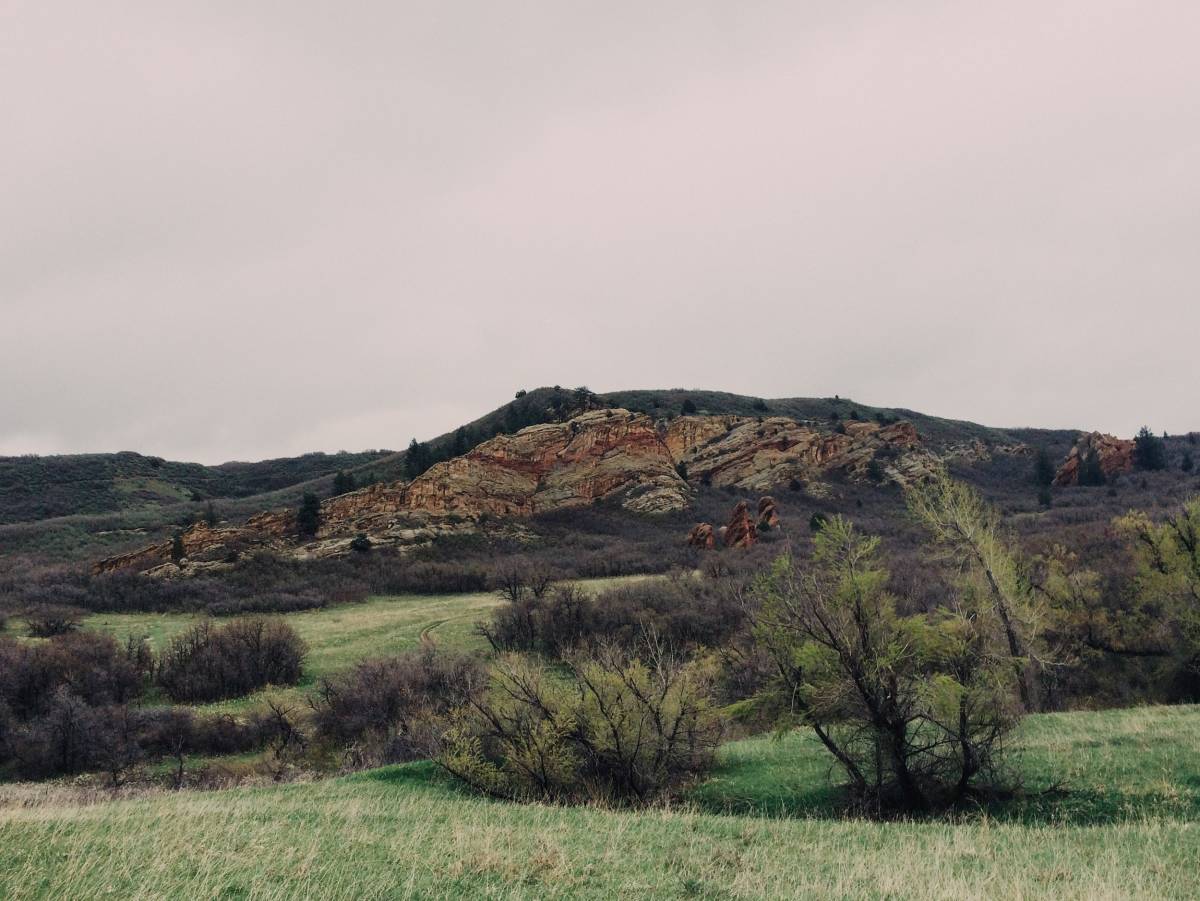 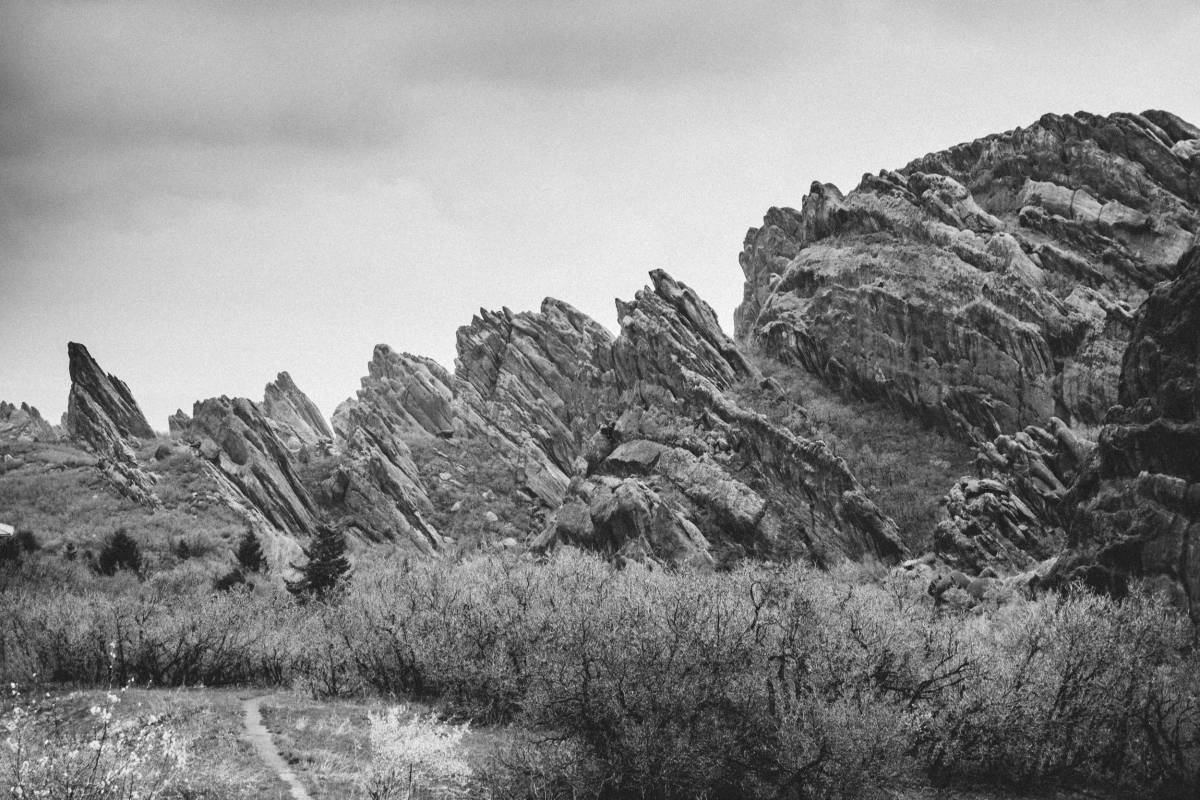 To our surprise and despite what Google had suggested on the map, the road we were on ended in a parking lot and transitioned to hiker-only trails. Faced with the decision to turn around and retrace our steps or press on on foot, we decided to press on. We knew that by turning around we’d certainly be home late but if we pressed on perhaps there was hope that the planned loop could be completed in good time. Roxborough was all but abandoned on Monday and the temptation to ride the trails was high, but we instinctively felt that to be a horrible idea and continued on by foot. An obligatory hike a bike can be a bummer on a ride or it can be a chance to slow up, laugh at yourself, and admire the fact that you are standing in the middle of one of the masterpieces of nature. We did a bit of that and we also passed the half mile trek making jokes about the Fire Swamp and ROUS’s. 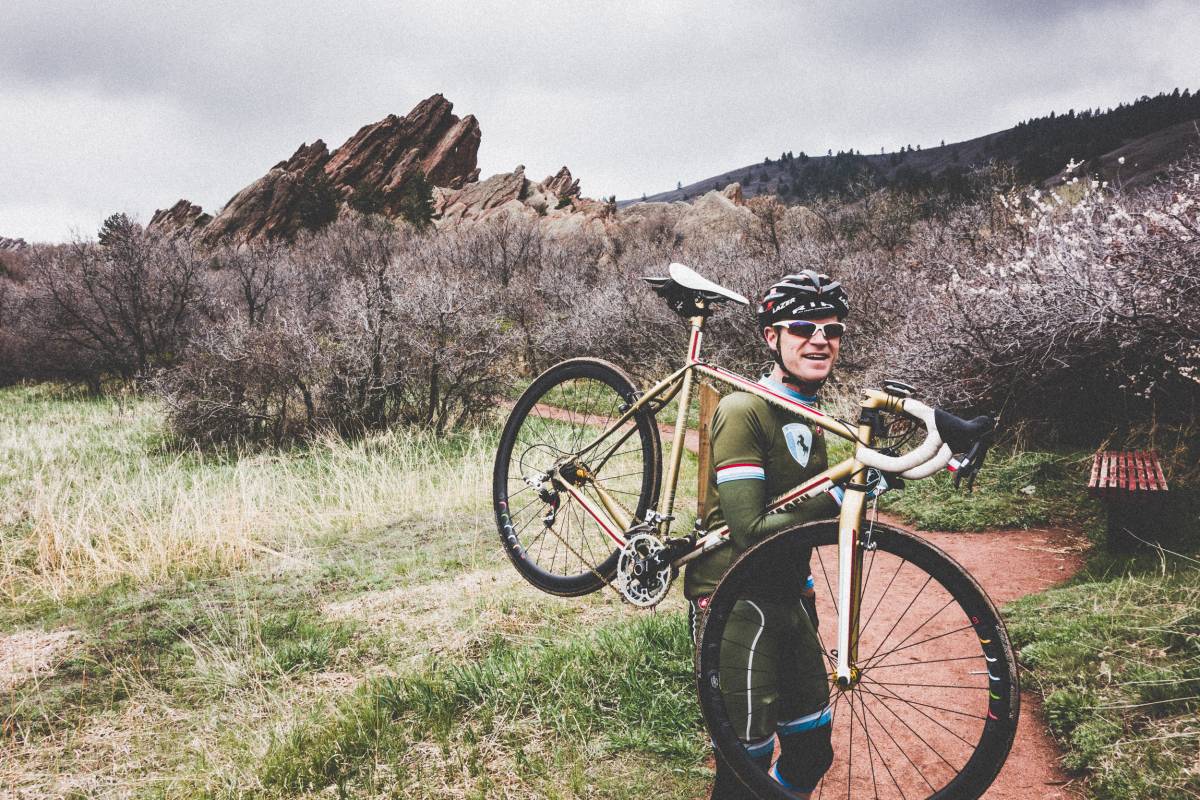 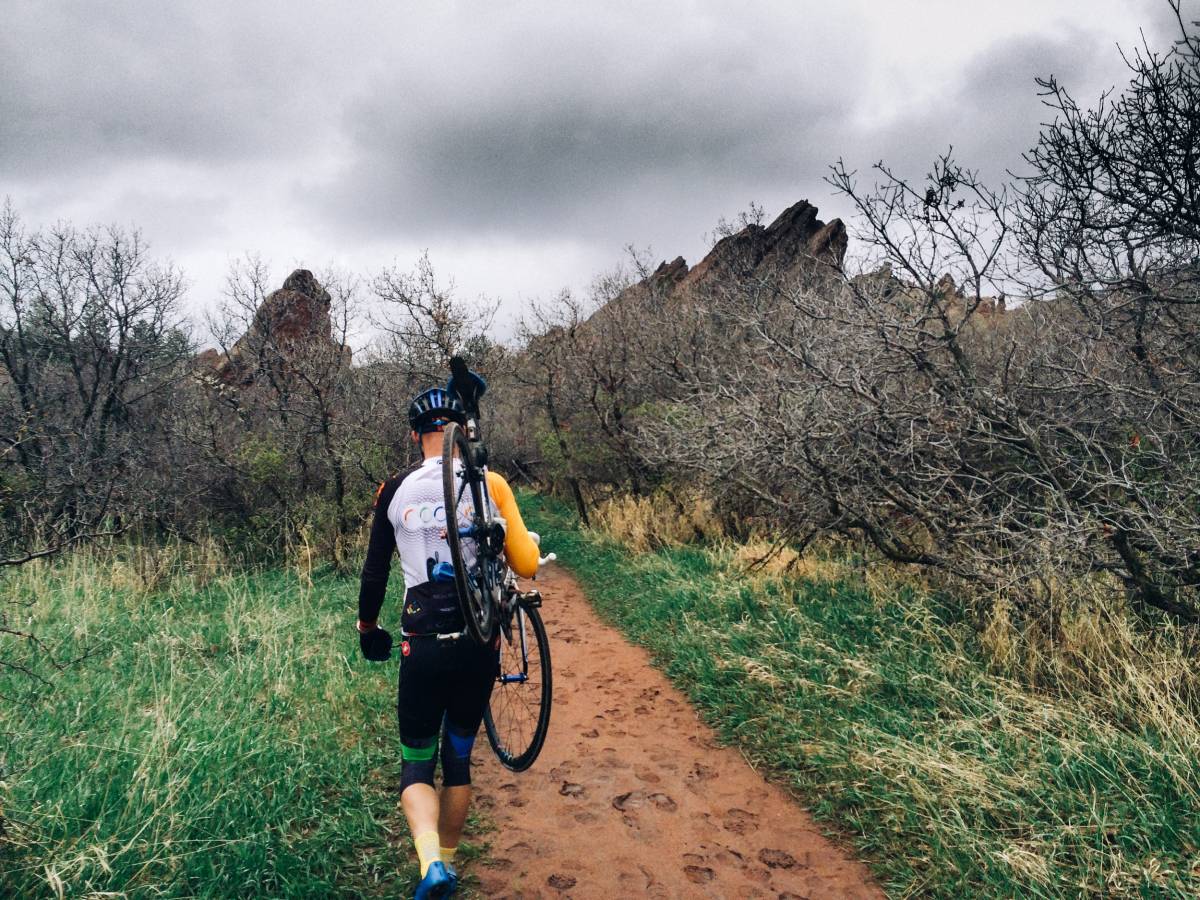 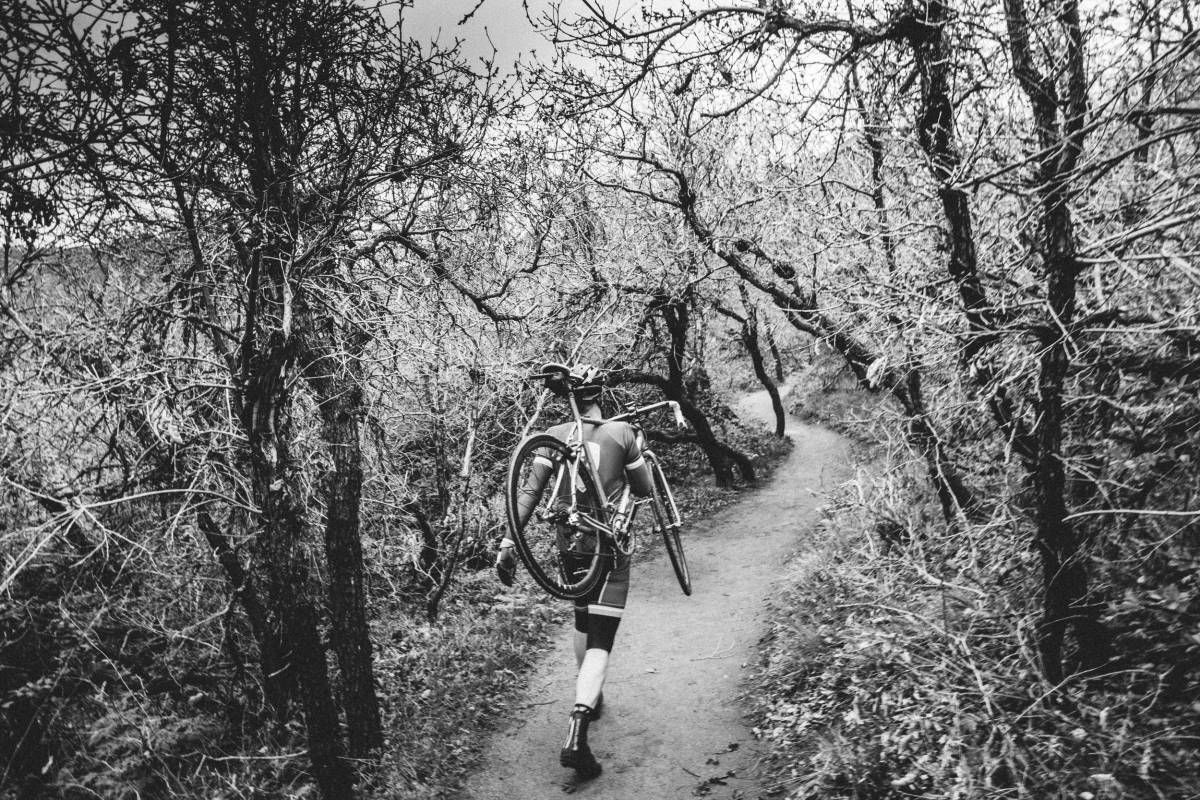 We soon rejoined a dirt road dramatically named Iron Bark. We were greeted with a fresh batch of rocks and ridges to whoa at. Our jokes turned from the Fire Swamp to Mordor. 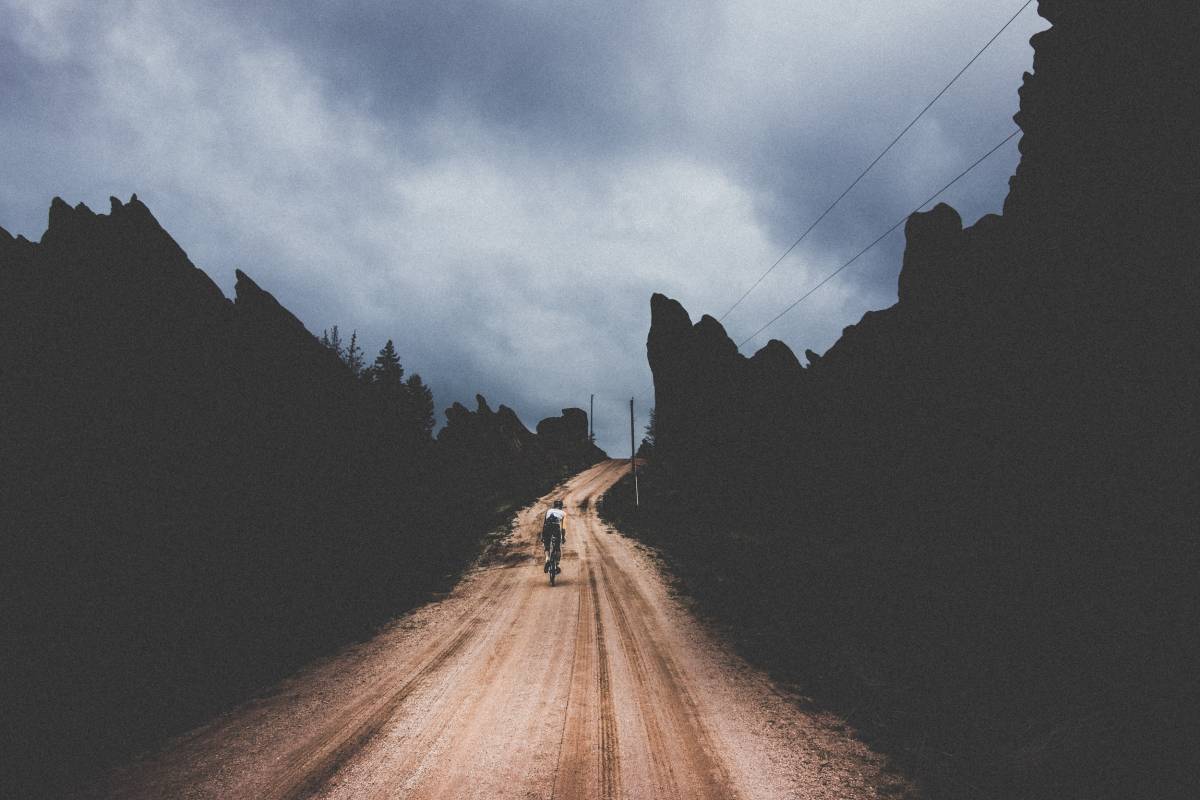 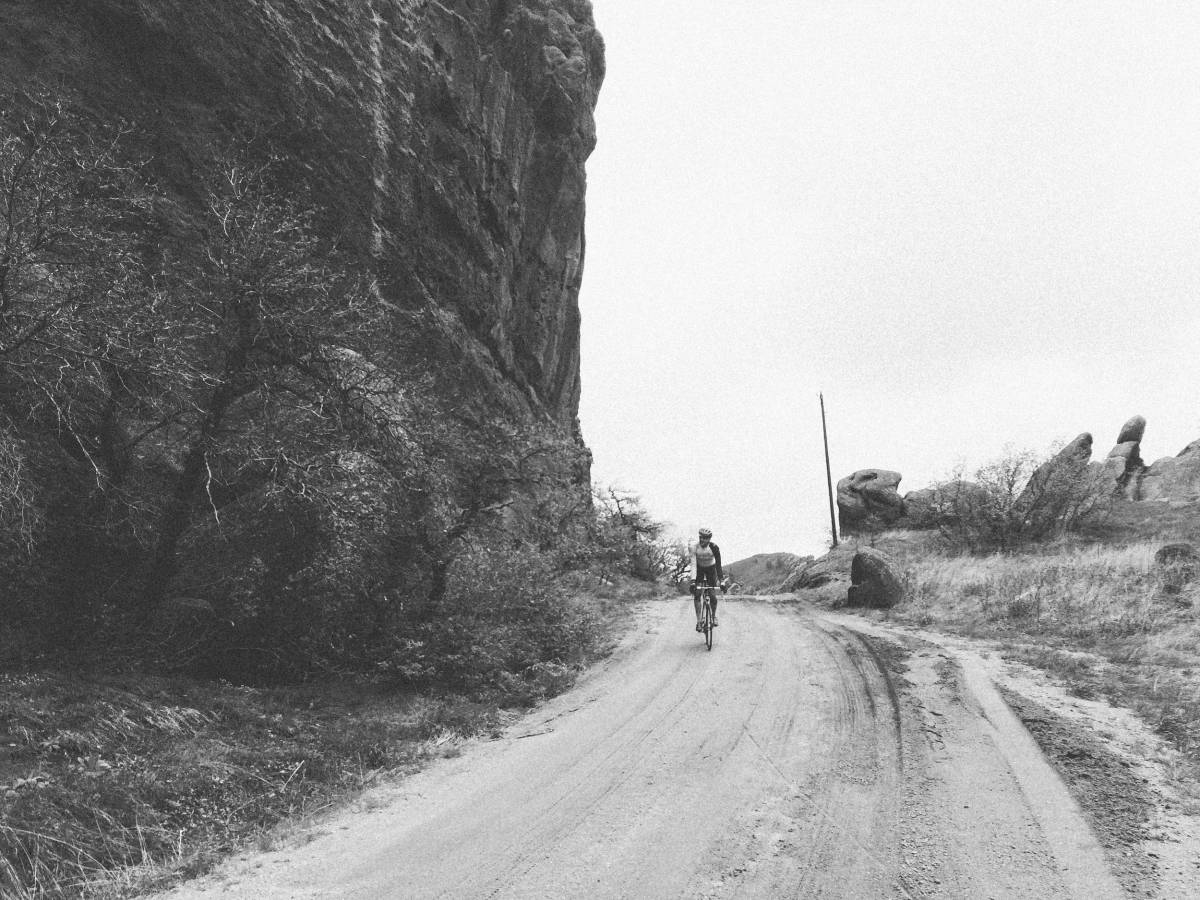 I’ve lived in Colorado for almost exactly four years now. How could a place like Roxborough State Park, only thirty miles from my house, have remained hidden from me the entire time? I think for me and for many other people life is too often about routine and ruts. As cyclists we ride the same routes pretty much everyone else rides and we do it over and over again. We tend towards what we know, we prefer sure things, we assume we’ve seen it all.

We haven’t seen it all, not even close!

More to the point we are often quite guilty of ignoring some pretty amazing adventures and vistas because of our simple lack of imagination. If you ask me if I thought I was adventurous I’d probably answer yes but a true measure of how un-adventurous I am is the simple fact that I have NEVER ridden my bikes towards the endless plains east of Denver. In four years I’ve only ever ridden west. That sounds like the very definition of boring and closed minded to me. Hopefully myself and Rodeo as a team break out of the closed minded mold more and more often. A quick scan of the world of adventure cycling shows that many people and teams in many places are doing the same thing already, bigger and better than we are. Chapeau to them.

Peder and I continued onward and we continued to be dazzled. We eventually exited the dramatic vistas of the park and into some rather dense and confusing residential neighborhoods. Between the dead end, the hike, and the rats maze of roads beyond we ended up getting home quite late. Wives were not pleased but they were gracious and forgiving. I hope to thank my wife by this Sunday taking her and the kids back to this place that I’ve “discovered”. We’ll bring a picnic and go for a hike and I’ll show them all a new place that makes me feel alive. 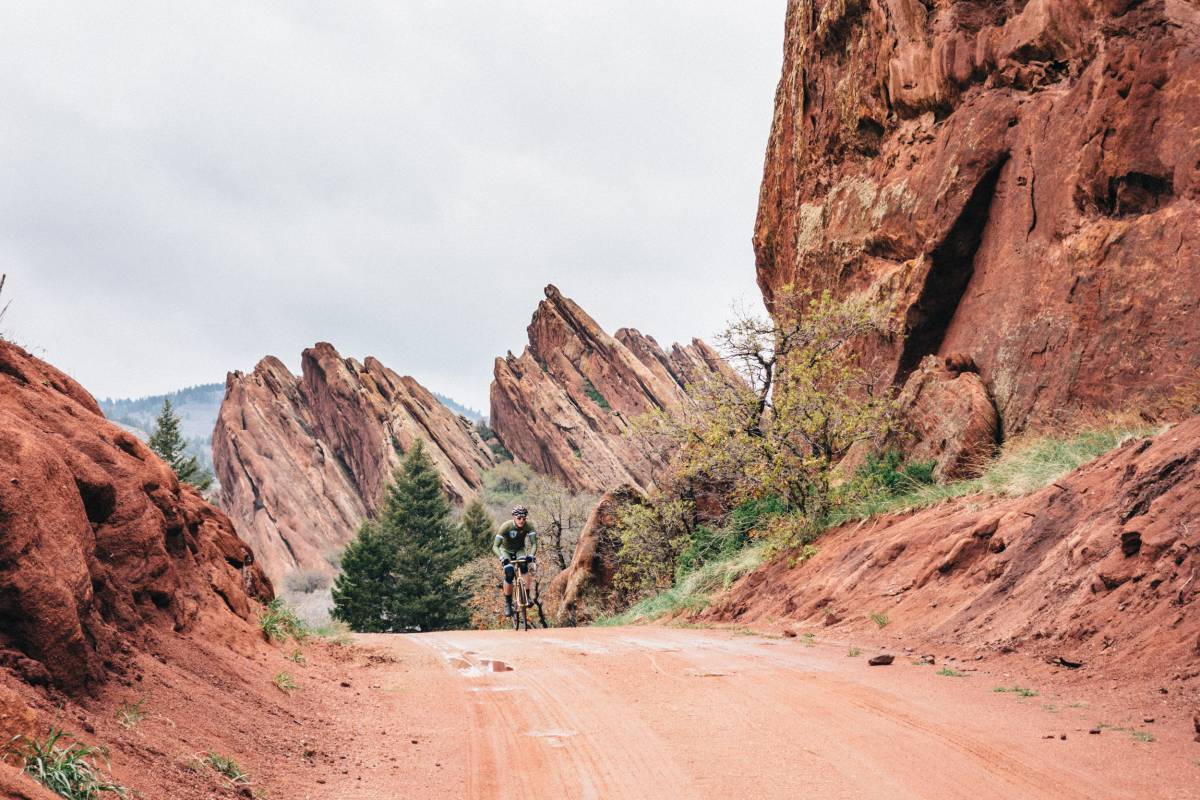 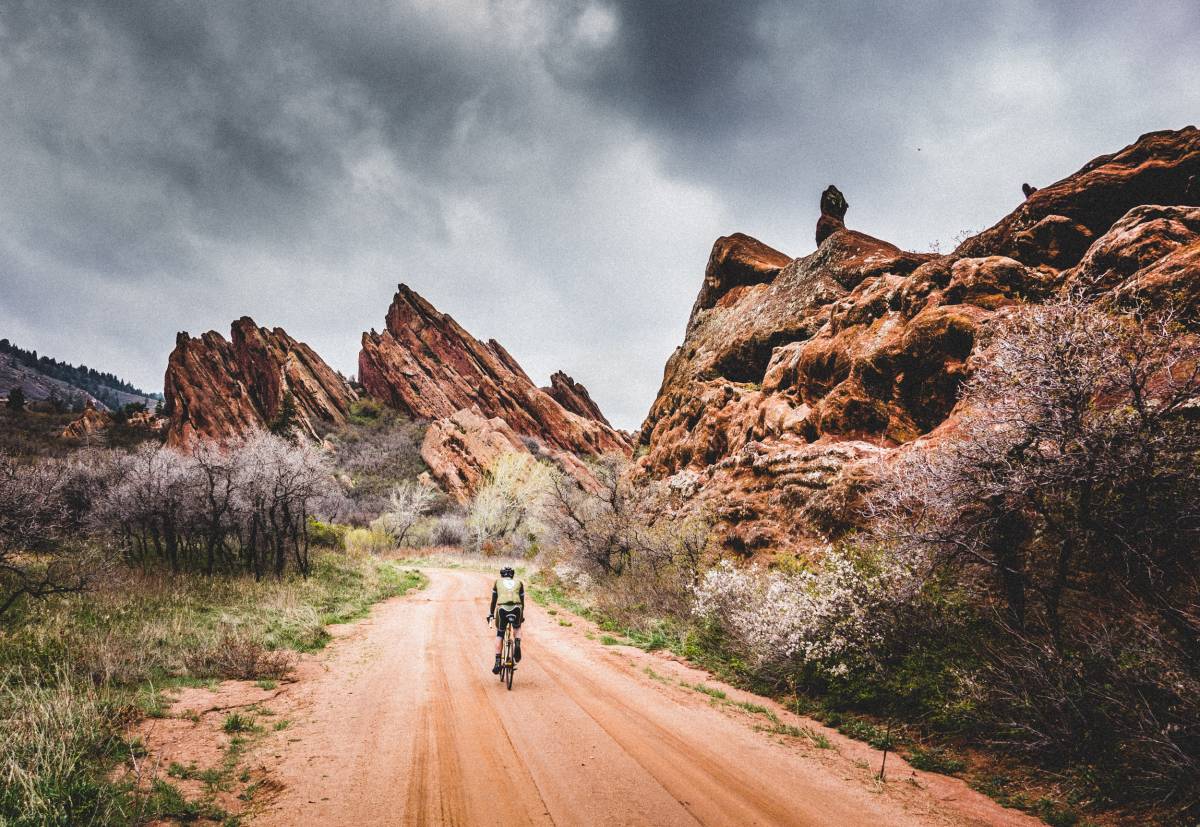 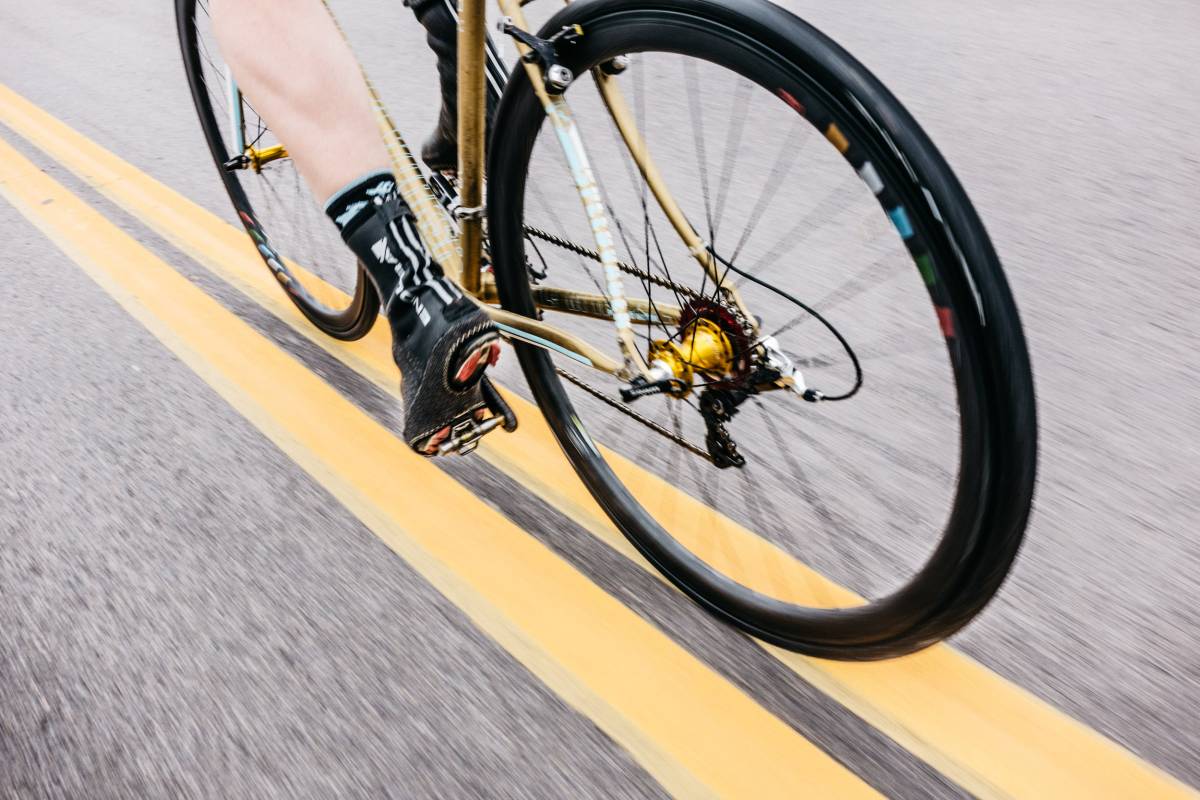