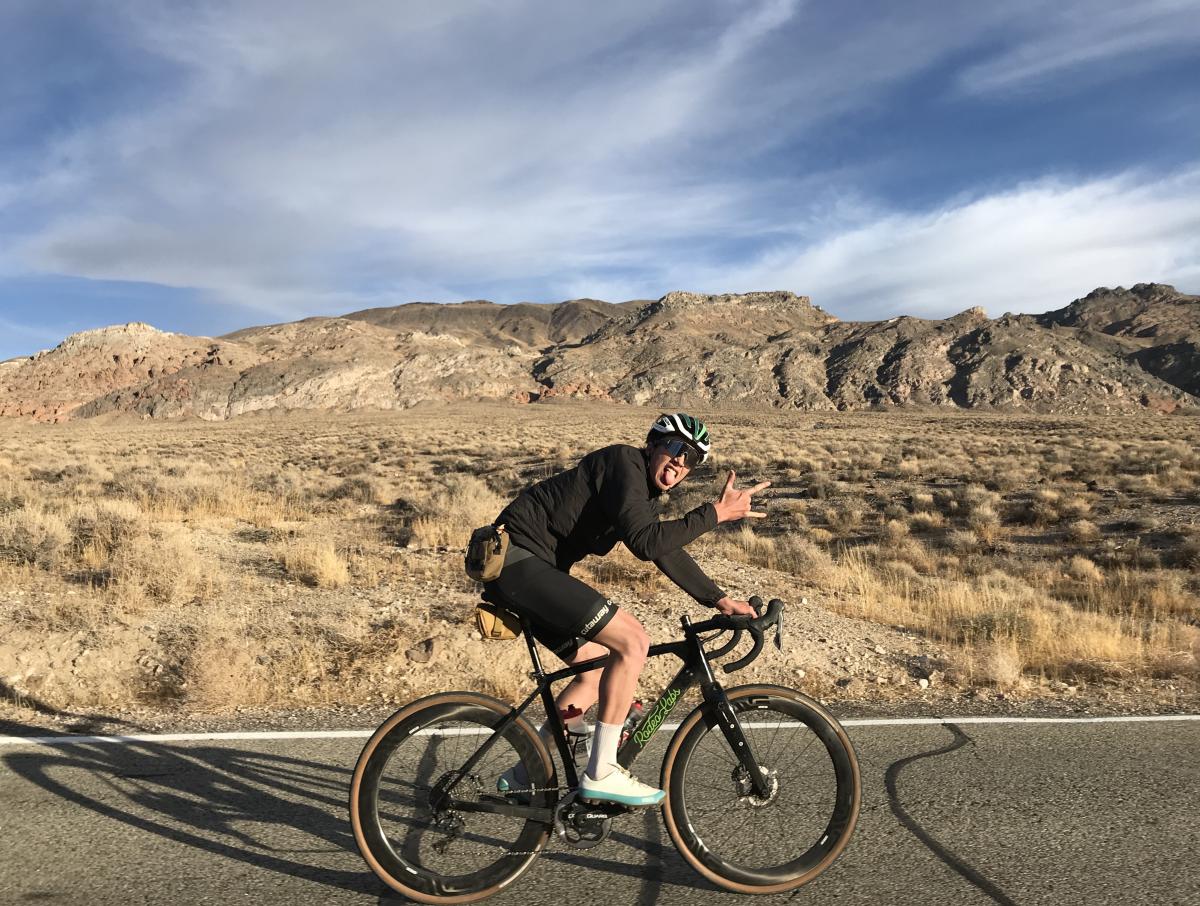 Music and bikes are life savers. Pair them together and even the worst of times can be the time of your life. Nothing has made this clearer for me than the last twelve months. Through it all, the pairing of riding and music has truly transformed my year into unquestionably the best year of my life. Without these rides, and the soundtracks that accompanied them, I would have a diametrically different assessment of what this year has done for me.

Arkansas – Chris Stapleton and the trials and tribulations of my Dusty Delta 300:

Coming into the year, I planned my year around avoiding one place: Arkansas. Last summer my parents moved to the very tiny town of Wilson, Arkansas for a job. The situation was nice, and the town has its charm, but with its city limits sitting between the Mississippi River and hundreds of thousands of pan flat fields of rice and cotton, I knew it was no place for a man like me. However, come March, as the world turned inwards and we all slunk back to our respective abodes, I found myself destined for an indefinite stay in cycling purgatory.

For the next couple of months in quarantine I stayed in the grid of farm roads surrounding our village. Up and down, right and left, headwind tailwind, repeat. Day in and day out I churned, and the days clicked by. Eventually, I was bold enough to venture out, first to nearby Memphis to break the monotony, then to the Ozark mountains for even more tomfoolery. Eventually, I hatched a plan and set out plotting my eventual Grandest Tour around the West. The return of my cycling joy was imminent.

There was just one thing left to do, one last mission, one last romp through the rice: a nice 300-kilometer gravel odyssey to prove to Arkansas it could not defeat me.

Over that day – and boy, it was a long day – Arkansas changed in my mind. It was still a soupy, windswept farm-scape, but it was also something better. It was a forgotten frontier, a bastion of individuality, and the home to many hardworking kind people. Yes, places like Arkansas have a certain…reputation, many times a well-earned one, but it is also a place worthy of admiration for what it provides and the simple ways in which it thrives.

While I could try to explain this sentiment, I could never describe it so impactfully as the great Chris Stapleton articulated in his song Arkansas. The song flat out rocks. It is outlaw country at its finest, reducing all who listen to their inner cowboy kid. It makes you want to speed, scream and kiss a stranger, all while racing around a sonic tour of the unique state it calls its own. While my time in Arkansas may have fallen short of that spirit, the song stands as a fond memory of those early summer sunsets, the gravel roads to nowhere, and the powerful liberation of the state’s character.

I’m Warping Here – Feng Suave and the magic of Rainier

Everyone has a song that takes them to a place, a moment in time, that will stick with them forever through the reverberations of that tune. Some may be traumatic, the classic being the break-up ballad. Others may be jovial, like the song of the first dance at a wedding. Really, for those of us who love to consume the sweet ear nectar of music, songs and memories are intertwined at all turns.

While there are countless songs in my mind that represent a period in my life or a particular memory, none are quite as strong as the sweeping, soft melody of I’m Warping Here and the connection it has to my summer-time rides in the Pacific Northwest. Whether it was the coincidence of my friend recommending the album as I drove into the shadow of mighty Mount Rainier, or the effervescent green that illuminates every turn, the connection my brain made between song and that ride was inseparable.

The respective majesty of both the song and the ride itself combined into a cocktail of sublime bliss that I will not forget. It was a day of pure flow, endless miles of climbing, descending and circumnavigating America’s most prominent geographic point in the lower-48. By most every metric, the ride was an all-time effort and all-around experience. Paired with such a sweet symphony, the became a mental music video that fed my unquenchable thirst for stoke filled suffering.

Valley of the Pagans – Gorillaz (ft. Beck) and the insanity of Death Valley.

I always wanted to include this song in this list, because it is a true “banger” but as I was writing the first draft of this, I just couldn’t think of a day that matched up. Sure enough, on the very last day of the year, the perfect pagan-esque ride presented itself in maybe the most fitting valley of them all: Death Valley. The ride and associated trip that I am currently stuck in is getting its own journal entry, but I just couldn’t leave that ride out of the fun.

The song itself is a funky, chaotic anthem celebrating the alternative, the weird, and the individual. Beck brings his eclectic flare while the Gorillaz funk just oozes a sense of childish, hipster fun. The only way to describe it is an anthem of beautiful controlled chaos, a description that is not too dissimilar to how I like to describe my tried and true Donkey.

As much as the song reflected the feeling of cascading through the absurdity that is Death Valley, Valley of the Pagan’s is almost more descriptive of the Trail Donkey. That’s not to say that Donkeys are pagans in the religious sense, but more in their contrarian nature and unapologetic attitude. That day in the desert to end the year served as a brilliant convergence of that “pagan” spirit that is worth the booming anthem of my year.

Over the past year we all had a turning point. Things were too damn important for us to just…keep calm and carry on. We all needed our own reckonings.

For me, that reckoning came on a simple weekend at the end of May. Like everyone in the country, I was stunned at the video of the knee on the neck of George Floyd. Like everyone, I took my own thoughts from that moment (you can read just a few of those, here).  However, I saw the fall out through the context of a far-out place, with a longtime friend I haven’t seen in all too long. The Ozarks were a renegade experience in reflection. On one hand, I was in the backwoods of a state with a notoriously racist history, with the closest city being Harrison, Arkansas, the unofficially capital of white nationalism. On the other, the mountains and roads offered the most comforting solitude I had felt since the mayhem of the year began and was a fantastic canvas for my friend and I to dissect our feelings.

While Anderson Paak. released his song Lockdown after our weekend in the Ozarks, I had to highlight what I consider the song of the year, which retrospectively colors that weekend of gravelry.[1] The song is a lyrically brilliant melodic shot to the chest. It is Anderson Paak. at his groovy, raspy best while sending a boisterous message to all to hear of tormented triumph.

Before the song, Paak. was unquestionably one of my favorite artists. Everything about his style, his work, and his personality oozes swag and wit of a certain quality that I could only dream of attaining. Yet, the social quality and real supremacy of Lockdown as the song of the BLM revolution, elevates him to that next level, the level of Kendrick Lamar, Jay-Z, and Nas where he can stand for more than his music. He can represent American culture as synonymous, not antithetical, to the Black culture which cultivated his talent and power.

While the two entities – the trip to the Ozarks and the song – may have no direct correlation, they are linked together in how they represent the call back to the catalyst for all the growth that I have found over this year. Both from a social justice perspective and a personal rational perspective, my summer of transformation was initiated by those triggers. Now, the memory of them both serve as flashpoints in considering where I want to take my future.

Donkey Days of the Year: