A few weeks back I lined up for the Battle Of The Bear endurance XC MTB race in Morrison, Colorado. I was using the race as a way to get 3-4 difficult hours of training in for the leadup to Dirty Kanza, not so much with any specific race goals in sight. Bear Creek State Park is a flast, flowy, and often smooth XC race so I thought it would be a perfect opportunity to try something new on Traildonkey 2.0. 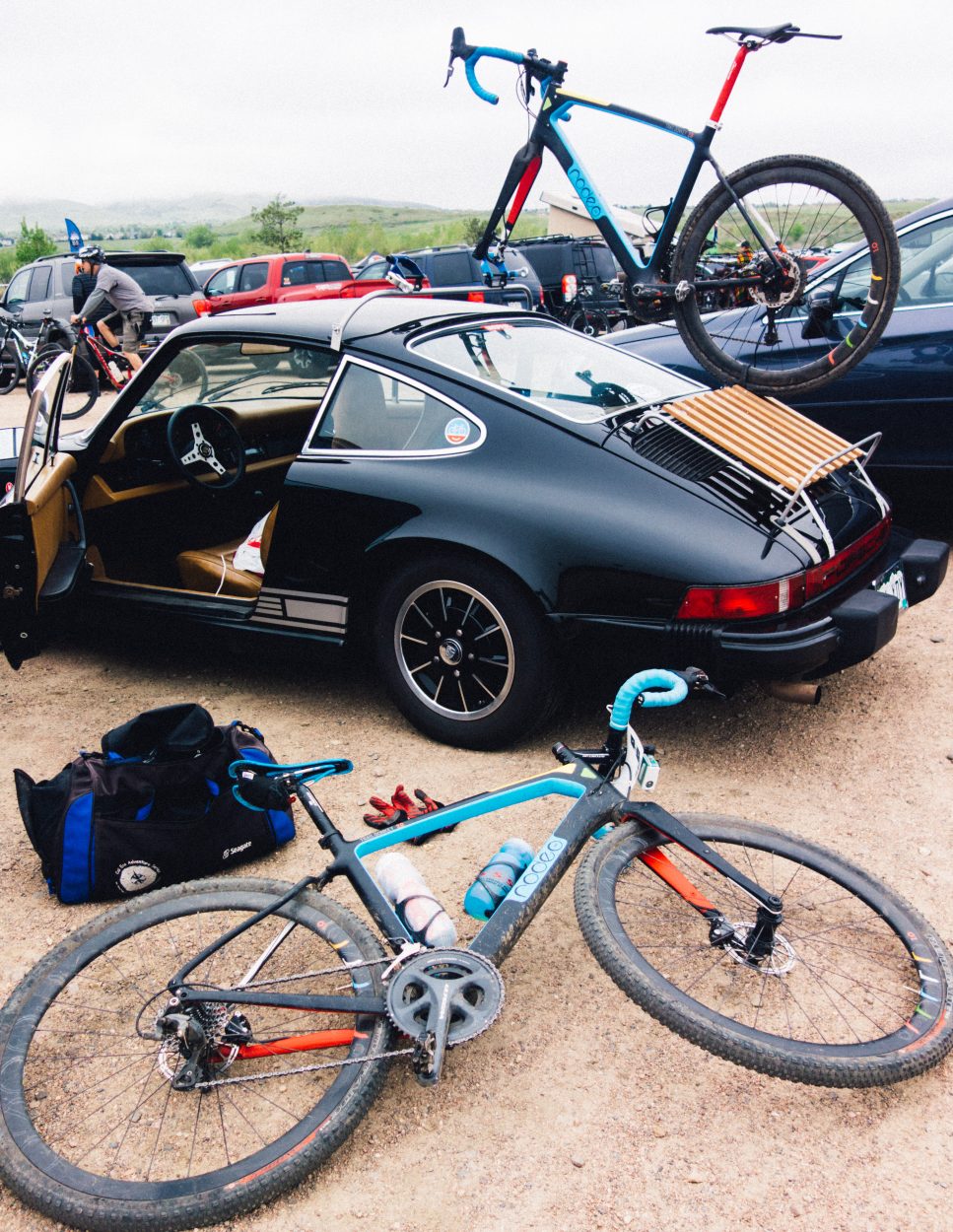 As I lined up with the mix of hardtail and full suspension MTB bikes at the starting line people were pretty cool. I got a few strange stares and one or two “you’re crazy” remarks. I actually agreed with them. Generally speaking Donkey vs. MTB at a MTB race isn’t going to end in my favor but I like strange challenges and this one seemed fairly low risk. Even if I was super slow I’d still get a great morning of riding in. 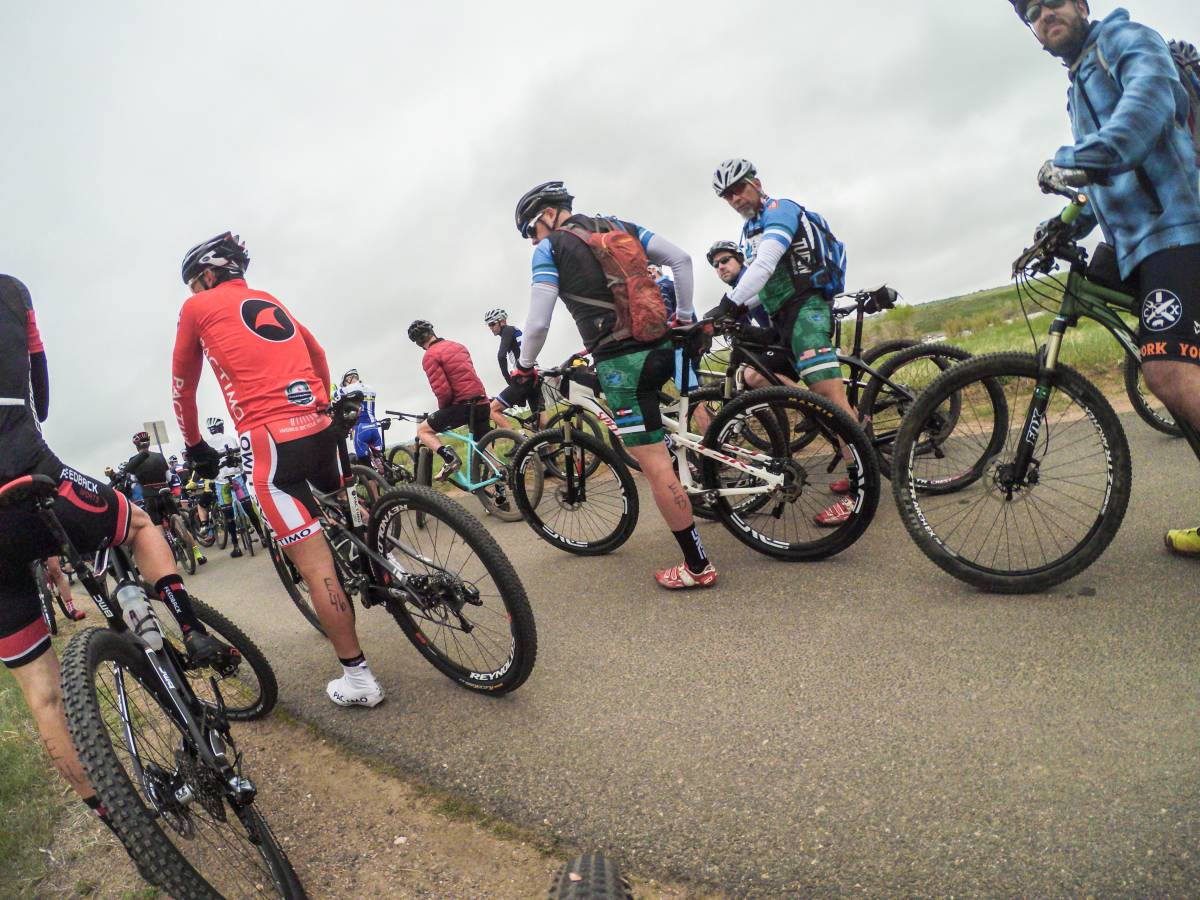 The gun went off and a lead group of 10-ish riders quickly formed. I worked hard to try to stay with them but was careful to be the last rider in the group so that I didn’t hold anybody else up. I watched the leaders carefully to see who looked strong. A small gap started to sneak away mere minutes into the race so I worked to move up a bit as I was able so not to be blocked in if the race fragmented completely.

About 15 minutes into the race a leader started accelerating away. Up to that point it had taken a lot of concentration to stay on my line and keep up with the leaders, but things were going pretty well so I made a few big digs to move up towards the front of the pack and keep the leader in sight. Eventually a double track section of trail opened, the leader shot off the front, and I knew that it was a good time to hitch a ride on his train. When I bridged up to him I held his wheel briefly before realizing that I still had some gas in the tank. We were still on a double track road so I took the left lane, hit the throttle, and made a pass. 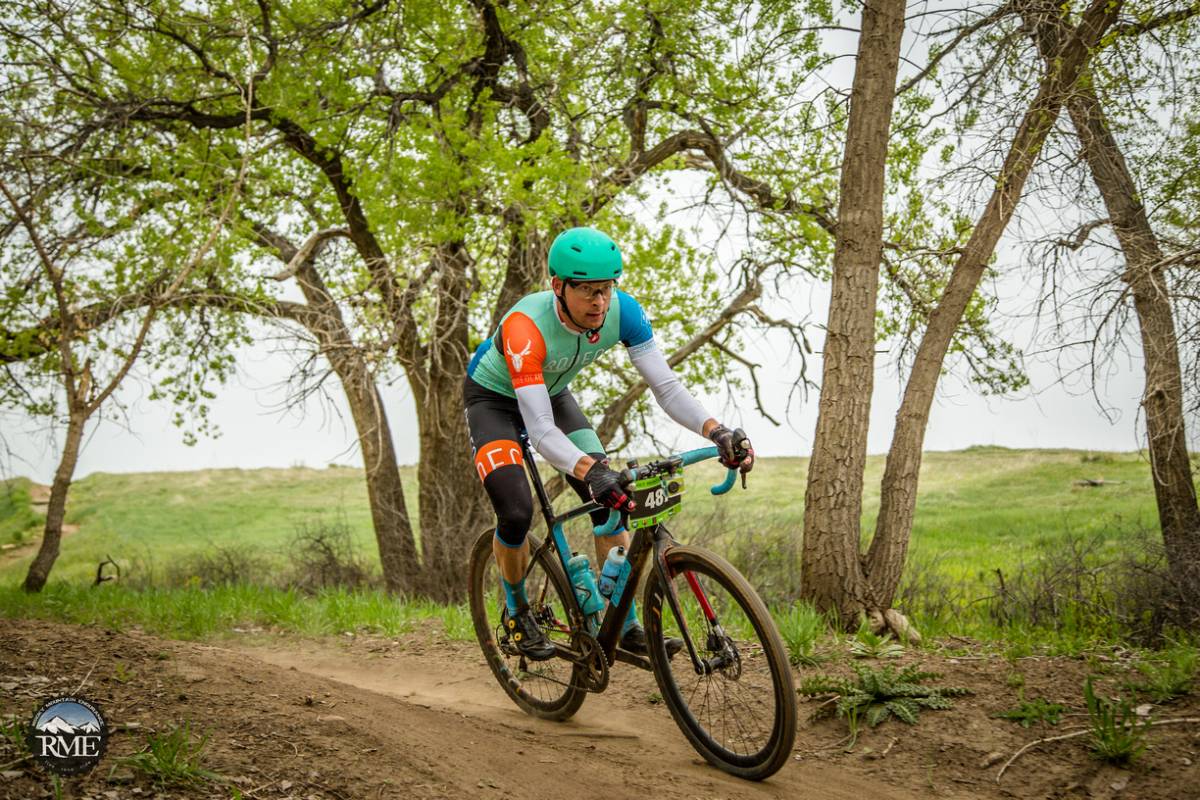 From that point on in the race, for the next three and a half hours, I never again lost the lead. This was a huge surprise to me and to be quite honest the entire time I was terrified that an angry cluster of riders were going to catch and pass me at any moment. That moment never came though, and I had the rest of the race to myself except for when I was passing the riders from races that had started before mine.

It was a great feeling being out there alone, on my trusty steed, carving up the thin line of singletrack. As I raced along it really hit me that singletrack riding on a rigid bike is so very much about line selection. You need to find the smoothest sections of trail and ride them carefully. If you hit something big or get off line it throws off your rhythm and one mistake can compound quickly into more mistakes which slow you down in a big way. 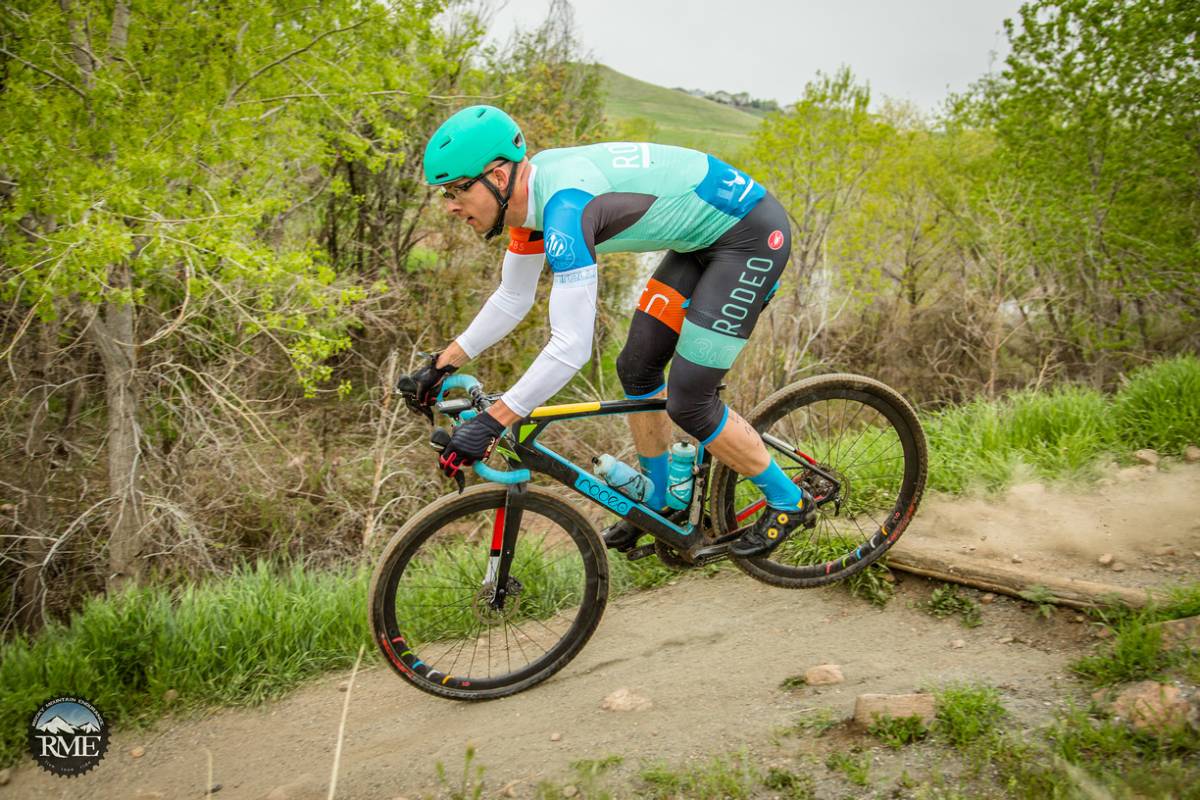 The moments of biggest exertion were the moments when this danger was most acute. When you are tired on a bike you get sloppy and make mistakes. With suspension and bigger tires on a MTB those mistakes are forgiven by the advanced capabilities of those bikes. With the rigid Donkey I chose instead to keep the big efforts dialed back so that I’d have more control and focus. It was a fine balance but a fun challenge to get right.

At the end of the final lap I had my only mechanical of the race when I dropped my chain on the main descent. Instead of pedaling it back on and risking damaging my drivetrain I just stopped and put it back on manually. It’s a big mind game when you are nearing the end of a race and you are in 1st place. So many scenarios go through your head where your four hours of effort can be dashed on the rocks with a simple flat or mechanical. It’s best not to dwell on those what-if scenarios. 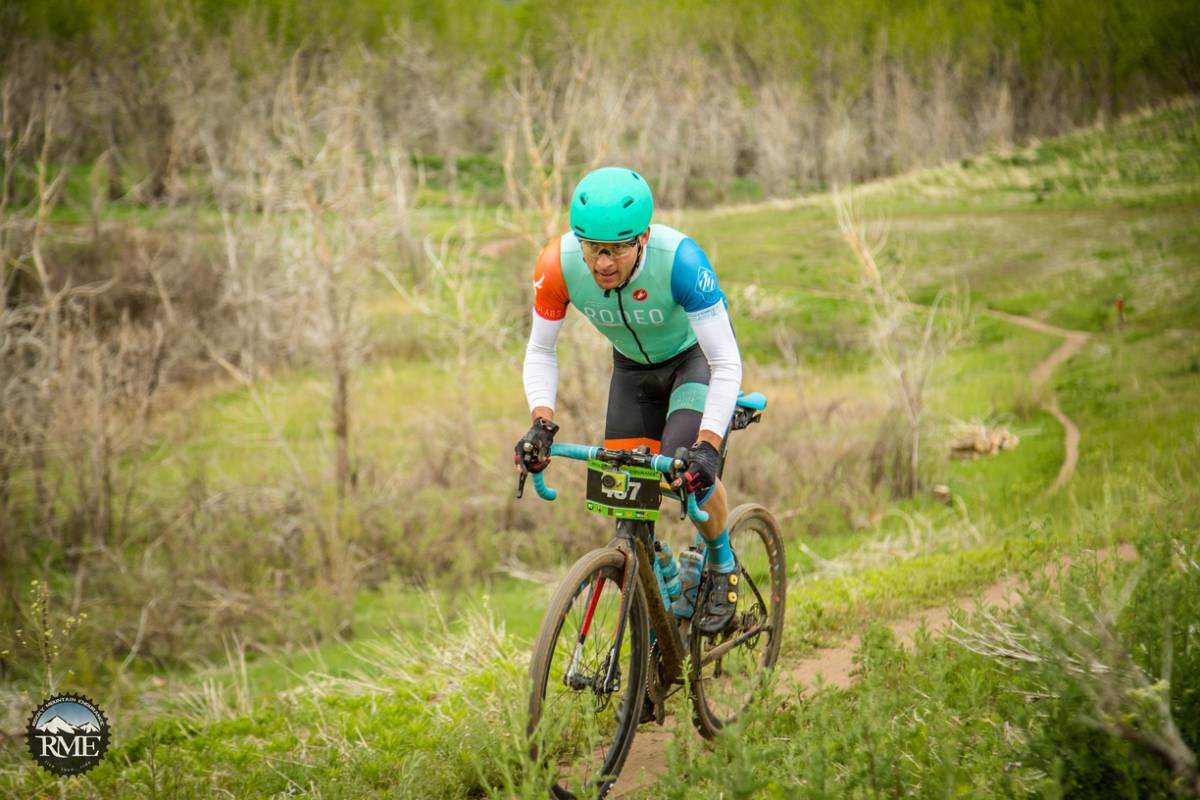 In the final minutes of the race I sat back and just enjoyed the moment for a bit. Here I was on this bike that I’d spent two years developing, having just won a 57 mile mountain bike race. There were many layers of improbability layered onto this moment that was presently happening. This was a thing to appreciate and savor and I’m pretty proud not just of the result of the race it self, but also the result of what we’ve built with this bike. 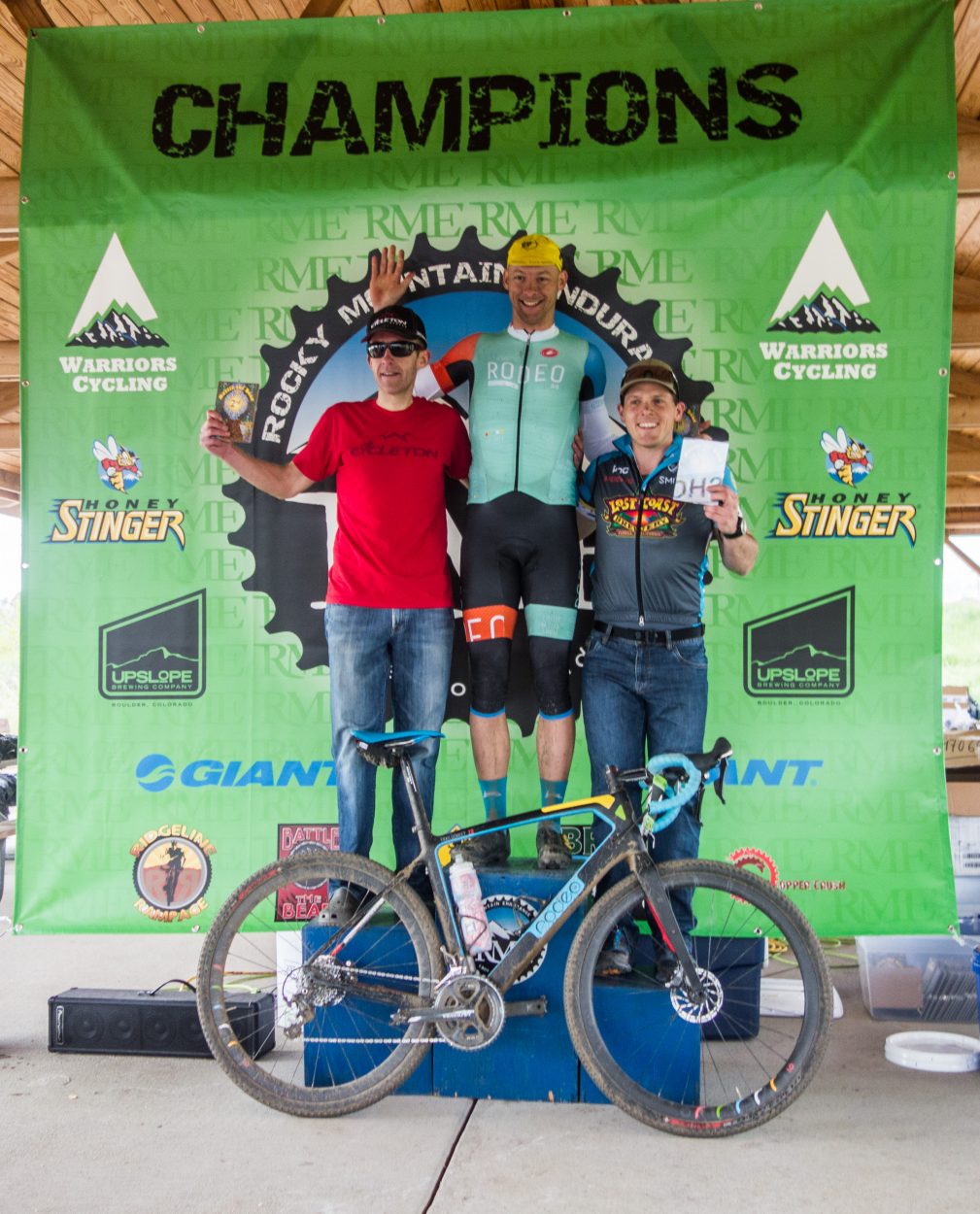 Thanks to Linda Guerette Photography for taking and sharing photos from the event.