At the turn of the year we found ourselves waiting. The Lab was stocked with boxes of parts allocated to two new prototype framesets that were overdue. We nervously answered emails and tweets kindly requesting a status update on the project. We set up meetings with videographers anticipating the coming need to show what we’ve created. And still… we waited.

One thing about the bike industry is true: Nothing EVER arrives on time. I don’t care how carefully you plan, how perfectly you think you’ve dialed in your supply chain. Something will go wrong. Things will be late. You will sweat. People will kindly inquire as to why. Life will go on, but it doesn’t feel like it at the time. Waiting = stress.

Finally the frames arrived and we set upon upboxing and oggling our creation. The frames were beautiful!

I don’t care if you’ve got a great 3d render, a set of plans, paint samples, graphic mockups, and even previous prototypes in-hand; you don’t know if the final product will be good until you hold it in your hand.

To our relief and excitement, the final product was good. Dare I say very good?

There was no time for a proud-dad moment though. The bikes needed to be built and vetted. Drew and I set upon them instantly. Nobody owned a single build, but Drew adopted the Bleaux Flaanimal and I adopted the Black / Copper one. Each bike was so different. We kept stepping back and saying “check this out, it looks so good!”.

They rode well too. Quite well. I knew that they were going to be good bikes because we had 94 weeks of development and testing under our belts before we ever rode the final frames. Still, the maiden voyages were pretty euphoric. Finally riding something you’ve seen a million times in your heads, something that you brought to life… that is a special feeling. A proud feeling too.

We got with Sam and Lucas and shot a bunch of video for the launch. We had so much fun. Riding bikes with friends, taking photos, flying drones, and laughing: That’s good fun.

We ran numbers, worked up spreadsheets, and tried to pin a number on a fund raising goal for the project. We looked into Kickstarter but it added costs and removed our discretion to feel out the fund raising as we went, so we ditched it and decided to fund raise through our own site. That was a tricky decision to make, but we’re glad we did!

As we raced through editing and writing up the launch page the days went very long. The entire week was exhausting. At about 1am on Saturday morning, about two weeks ago I pushed “publish” and launched the crowd-fund page. About five minutes later the first order came in from someone I’ve never met named Nicholas.

Nicholas, whoever you are. THANK YOU for being the first to say “I’m in”. Someday soon I hope to be able to ride with you and say that in person!

It seems ignorant now, but when we launched the fund raise I thought this project would get easier. I thought I’d be able to kick back and relax. I thought I’d go on a few long rides. I was very wrong.

These last two weeks since we launched have been one of the biggest emotional roller coasters I’ve ever been on in my life. It seems maybe too personal to admit that, but I want to put it out there because Rodeo is not an empty shell of a company. It isn’t some huge faceless corporation churning out bikes and gear. Rodeo The Company is a very small huddle of people trying to force their ideas into existence. Those ideas and products are very personal. You have to try to be a businessman when you launch a product, but really you’re more like a parent, hoping this thing you make survives. If that isn’t an emotional thing I don’t know what is.

When you put something new out in the world there is no time to relax and exhale because the first thing the world does is line up to take swings at it.

As soon as we launched Flaanimal the swings came fast and hard. Here are a few things that people said about the bike on the internet and elsewhere:

The list goes on. But you get the idea.

But here’s the thing. People also said wonderful things about the bike. People called, texted, emailed, and messaged us to congratulate us on what we’d made. Yes, the trolls emerged to take some hard swings, but people also appreciated what we were trying to create, and they were excited about it with us.

More importantly, people stepped up and bought some!

Here’s a pro-tip: If you ever crowd fund something make sure you have a giant jar of quaaludes, a very supportive significant other, or both. Watching the sales tally for Flaanimal was extremely anxiety-inducing. Sales did start quickly, but eventually fell off pace. The number crept up ever so slowly. How would we ever reach our goal?

As I thought about this over the last two weeks a thing occurred to me. I realized how ridiculous our request was of people who wanted to help make the Flaanimal happen:

If people stepped up and bought a Flaanimal these last two weeks they had to pay full price, up front for a bike that barely existed, that they had never even touched much less ridden, and that they wouldn’t see inside of three months.

Who in their right mind would buy a Flaanimal?!

That simple fact brings us to now. As of 4pm MST on the last day of the fund we have not reached our goal of 40 framesets. We have not fully funded this project and eliminated the risk of the endeavor as we intended.

So… what are we going to do?

It took some serious soul searching over this last weekend to arrive at the conclusion but I think deep down I’ve known for a while what I was going to do:

We didn’t technically make it, but Flaanimal is go anyway.

Even if we wanted 40 people to step up and join this project with us and didn’t make it, it cannot be ignored that at least half that number did step up and join us. Those people gave us a huge vote of confidence and a very loud “GO!” despite our somewhat ridiculous ask. If other people believe in you that much, how can you not take that into account and believe in yourself enough to push things over the top?

So… THANK YOU for the support, people! We’re going to do this thing.

We won’t be doing Ti on this first production run because while we are willing to take risks, we don’t want to over extend our resources trying something new. Perhaps we will swing back on Ti later when we’ve got more miles under our belt and the risk is minimized.

I’m brewing on a way to make a special statement to those who pushed us to the starting line on this. Drew coined the term “Flaactory” while we were assembling prototypes at The Lab, and I’ve decided that the people who pitched in and made this crowd fund happen are now all inaugural members of the hitherto-named “Flaanimal Flaactory Team”. We’re going to work up a special way to commemorate this group of individuals and when each of their framesets or bikes arrive there will be something extra special in the mix from us as well. (Don’t bother asking what it is, it’s a surprise!)

We’ve got some work to do now. We’ve got to put in the official production order on the framesets and finalize the final estimated calendar. Our production schedule did get bumped a bit during the crowd fund, but the bikes will soon be in production and frames will still arrive this spring.

We will post continued updates on the project over the next few months as well, and we vow to be good communicators with our supporters.

We will also keep iterating our builds in order to show the range of the frame. Next up in the coming weeks: the Bleaux prototype will evolve into a Di2 machine. Nobody knows what’s next for the black bike. It’s such a fun brute and I kind of don’t want to ever change it. The celeste bike will continue to morph as well no doubt.

Those who have questions can always shoot us an email and we’ll get back to you promptly.

Didn’t get in on the crowd-fund? It’s technically open until midnight on the 28th, and after that the Flaactory Team will be set. We’re making extra frames so that we have ongoing stock (that’s what the crowd fund is funding), and those will be sold on a first-come basis. We will update the crowd fund page soon and turn it into a standard pre-order product page for further orders until the frames are in-stock and ready to ship. 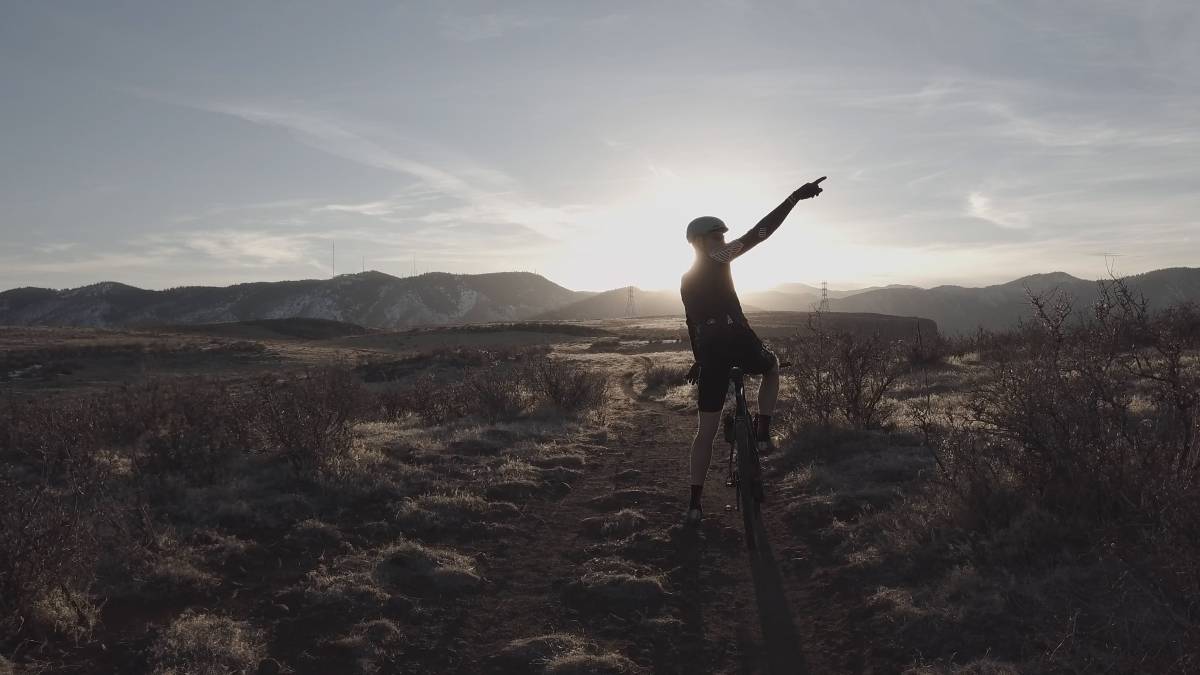