Dewey has been a rider who has caught our eye since he first took delivery of his Flaanimal 4.1 in 2018. Having spoken to him last week I was surprised to learn that he wasn’t even really a “cyclist” before getting that bike. He is a mountaineer, climber, Judo practitioner, and a functional anatomy instructor. So basically he moves around a lot and does rad stuff.

I live in a tiny town of about 2,000 people surrounded by vineyards & farms with access to the Oregon coastal mountains right out my front door. Sometimes I feel like I should pinch myself to make sure it’s real that I get to be surrounded by so much beauty and what feels like my own personal outdoor playground. Today was one of the most fun experiences I’ve had on a bike and I didn’t have to drive anywhere to have it…. it was right out my door. ❤️

When I learned about all of his athletic background it became less of a surprise that right out of the gates he started doing some pretty insane rides on the local logging and forest service roads in his hometown which sits near the Coast Range in Oregon. Dewey rides a lot of the same sorts of rides that we love around here: Huge vertical gains, lots of getting lost, rain, sleet, snow, and some walking. Type 2 fun. Dewey also takes some lovely photos along the way. If it’s starting to sound like Dewey is built from the same DNA that the core of Rodeo is built out of then we would wholeheartedly agree with that sentiment. With that in mind I reached out to Dewey as we were winding up development and preparing for the release of TD3. I knew that the new Donkey would have some design features that would be a bit more adapted to the type of crazy exploratory rides that Dewey was riding. Bigger tire clearance was the most important feature to consider because those Pacific Northwest logging roads get very rugged very quickly. At times the roads get entirely tilled up and overgrown within a matter of months even though they are still visible on the map. We build Dewey’s TD3 with 47mm Terenne Elwoods, but I wouldn’t be surprised to eventually see him try out some 650b x 2.2 tires on his most rugged rides.

Winter… you’ve been pretty on the eyes but I’m glad you’re leaving. This year made it clear to me my body is aging. Thanks for the honesty. Bye bye now👋

A lot of hoopla is made of running big 650s on gravel bikes but in my opinion most people don’t need big 650b tires for about 90-95% of typical gravel riding. Most large volume 650b tires don’t really feel all that amazing on the pavement and the rotational weight is certainly higher than most average 700c gravel tires. For my riding the 650b x 47mm and larger tires get put on the big for aggressive gravel and trail riding. These are the sorts of days when you need to know that you will have the compliance and grip that such large tires afford. Exhibit A: Dewey’s Oregon rides.

People ask quite frequently if they can be a Rodeo Labs ambassador and get a free or discounted bike. I definitely appreciate that people like our company and want to represent it but on a personal level I can’t get over the idea that we are being cold-call asked to give people something so that they will help hype what we do. Without fail these requests are answered with a “thank you” and a “no”. Rodeo doesn’t hire ambassadors, and we don’t pay people to like, ride, and talk about our bikes. To me the rationale for saying no to those sorts of requests is very simple: I very much want Rodeo to be a genuine company, and only want people to ride our bikes if they value them and genuinely like them. If we give our bikes to people in exchange for exposure, cachet, influence, or visibility then there is no way for me to know if those people passionately align with what we are all about or if they are just riding the free stuff train.  I need to know for sure if people that “officially” represent Rodeo are genuine. I think the word of mouth from an owner who likes (or even dislikes) our bikes is worth 100x the word of mouth that we would get from someone that we’ve incentivized to like our bikes. Ambassadors to me aren’t about bike sales, they are about genuinely conveying our collective passion for the sport. To me the only way to genuinely recruit ambassadors and factory riders is to recruit from within the family of people who chose to ride Rodeo without prior compensation. I personally run the Rodeo social media accounts and I keenly follow owners who tag us in photos and talk about us online. I read all the photo captions and comments because I want to know if they are liking the bike they bought from us or if they have any complaints. I love seeing where the bikes go and what sorts of adventures are had astride them. Staying in contact with so many of our owners through social media and email is a great way to learn about how people outside of the core Denver Rodeo crew are riding and using the products that we make. Notes on fender clearance and fit tend to come from people who live in rainy states. Notes on rack fit tend to come from people who do more touring and bikepacking than many of the Denver people are able to do. Notes on the Flaanimal slider bolts rusting came from people in wet oceanside states and we used that feedback to switch to stainless steel slider bolts moving forward. Our community makes us and our bikes better and and they tell our story to the larger world of cyclists in the most genuine way that I can think of.

I’ve noticed that a certain portion of our owners are essentially super ambassadors. They ride our bikes amazing places, they have incredibly great adventurous attitudes, they write great words, and they take great photos. They don’t do this because we paid them to do this they do it because they want to. Almost every single one of them had to buy our bike at full price and then decide that they liked it and THEN they had to be kind enough to let Rodeo be a part of their visible online story. It’s the coolest thing for me to discover these people and get to know them over time. At first I just say thanks for adopting our bikes and for letting us do this for a living. Over time if the people keep it up some of them get an invite: “Would you like to join the factory crew?” I ask them. To me the factory crew are the people who ride our bikes the hardest and with the most gusto. None of the factory crew are professional cyclists but they all LOVE riding bikes hard, they love telling stories, and they’ve each contributed to what Rodeo is in a meaningful way. These are the people that we do offer discounts, factory pricing, or even free things to. These are the people who’s adventures and trips we’re excited to support. These are the people who ride our next gen prototypes and give us useful feedback. These are the people who organize group rides and keep an eye out for the community. These people have made real personal investments in Rodeo and we in turn start making investments back in them. It isn’t forced, it isn’t a one way street, and it isn’t a fee for service. It’s a relationship.

Dewey is one of the “factory crew” now. We’ve only met once but he feels like bike family. I want his feedback on what we make, I love his enthusiasm, and I’m grateful for his support. His rides inspire me to try to be more adventurous.

When we set Dewey up with his TD3 we removed profit from the equation and made a small investment in our shared cycling futures. But let the record show: Dewey first made an investment in us and we’re always going to be grateful for that.

Here is a gallery of his fully custom TD3 in all of it’s new bike day glory. For Dewey’s bike we re-visited the Ridge Supply pallette of 2018 but re-worked the layout to come up with something fresh for 2019.

Soon this bike will be filthy no doubt, tearing it up in the hills of the Oregon Coast Range. I can’t wait to see where Dewey takes it. 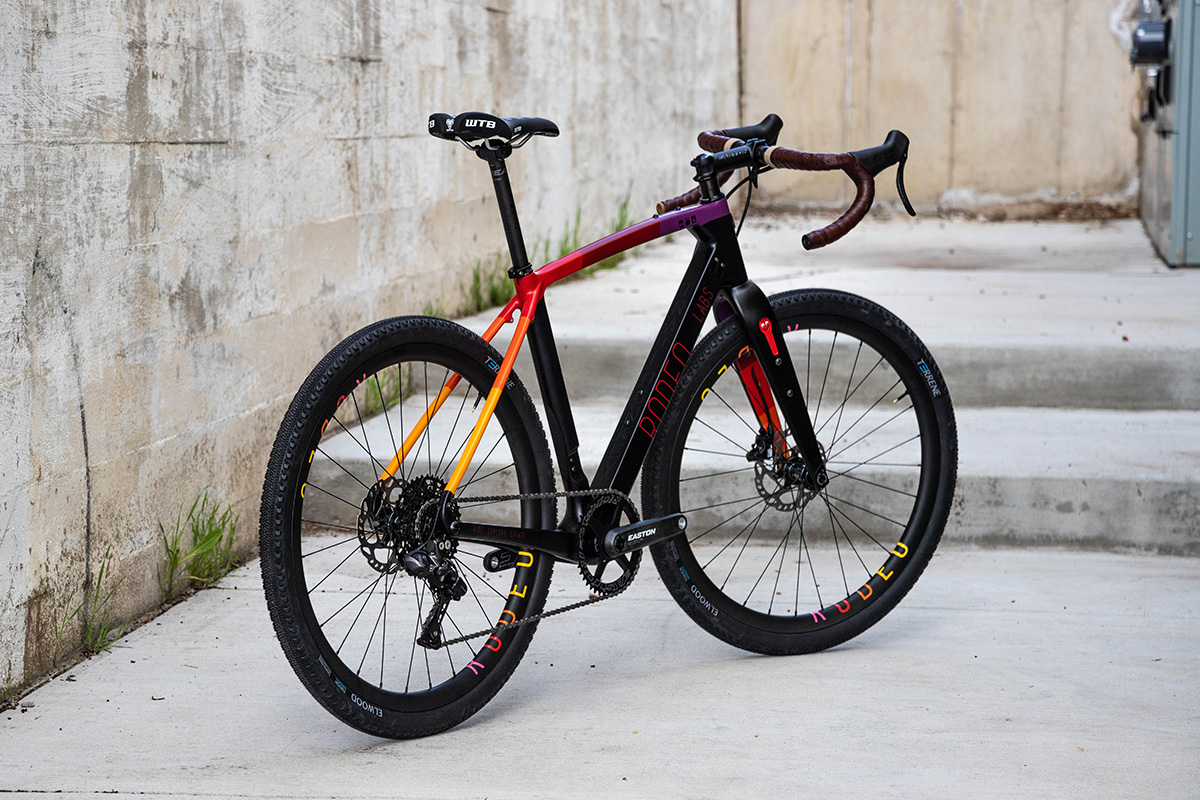 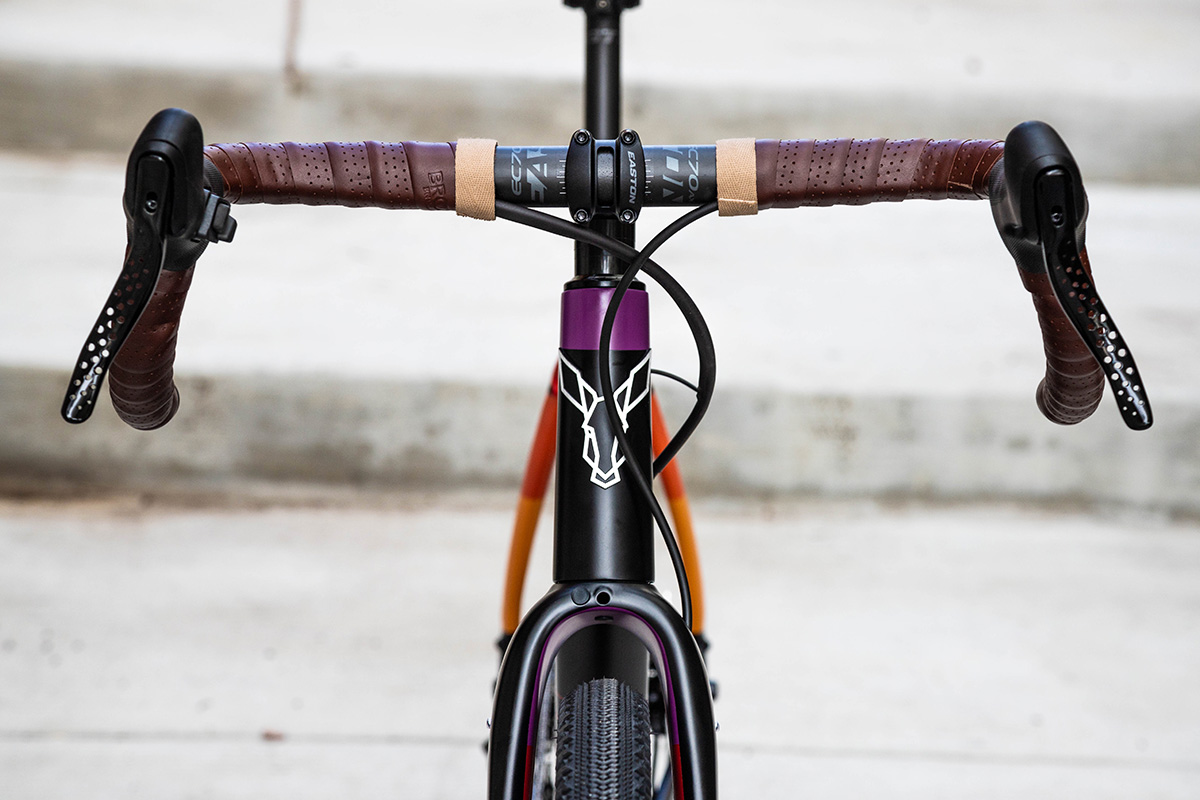 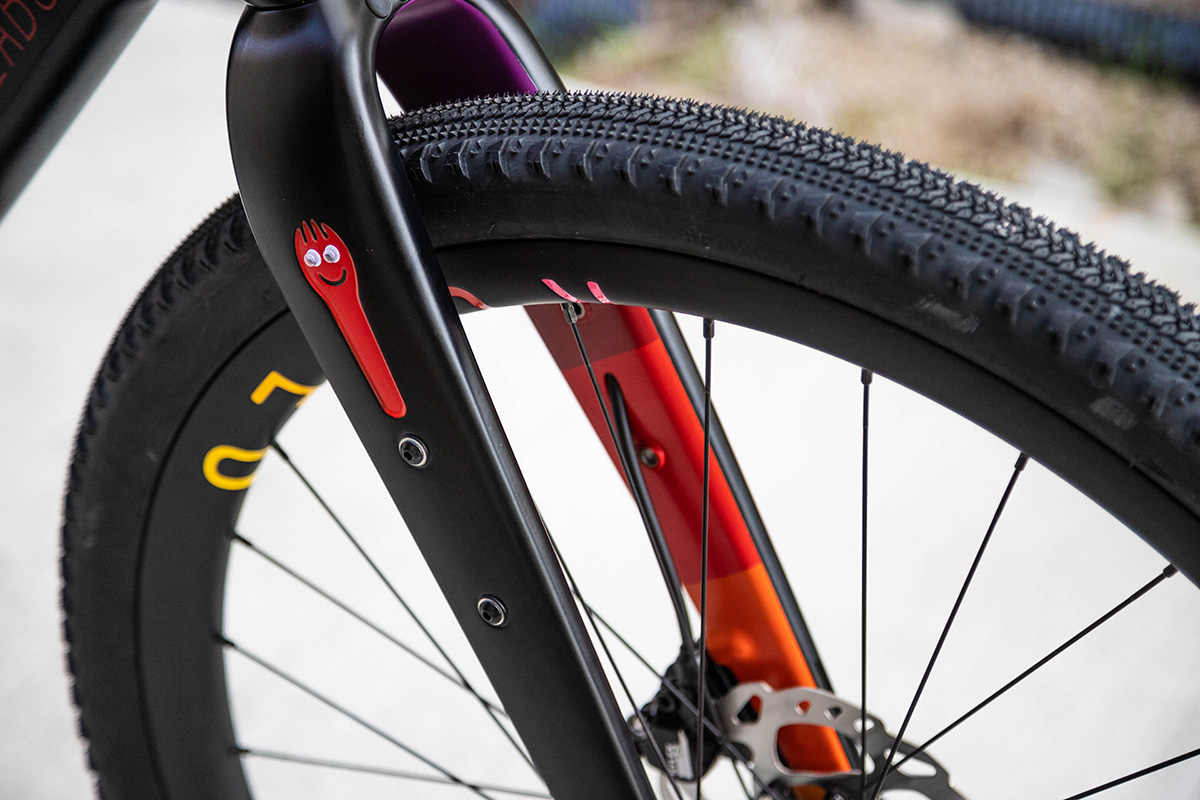 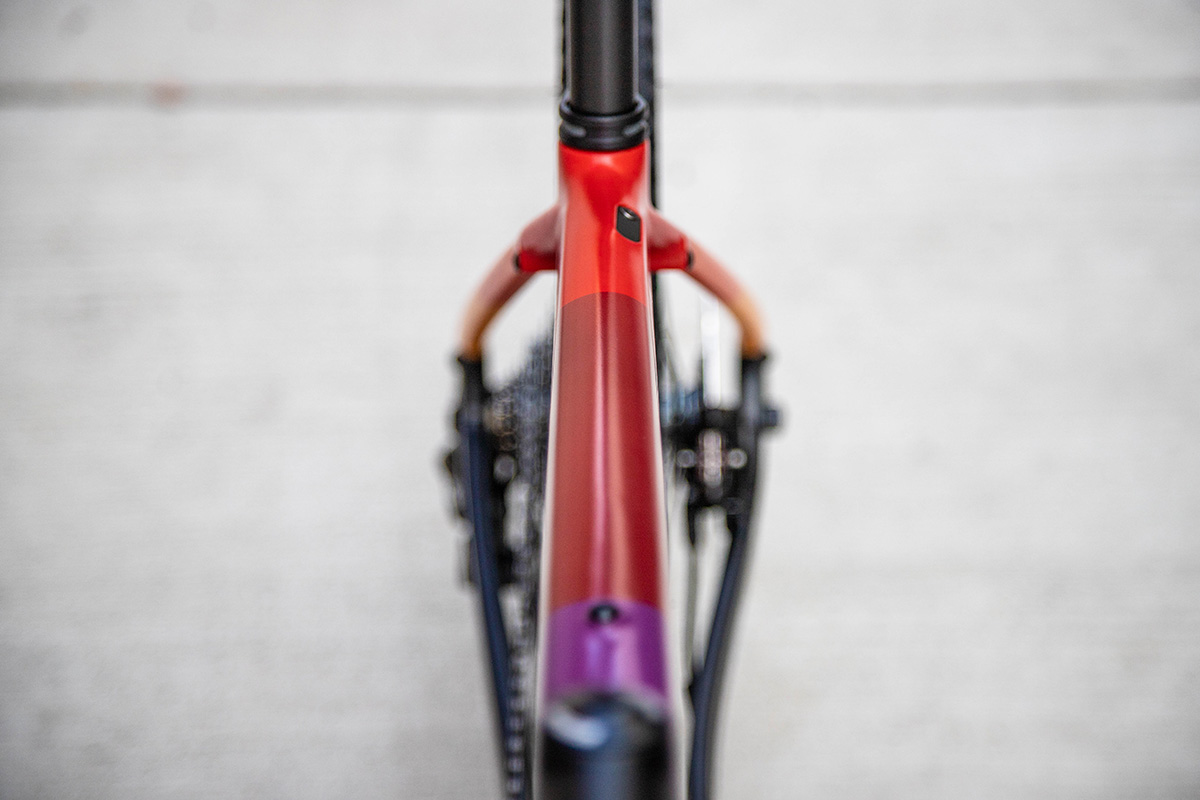 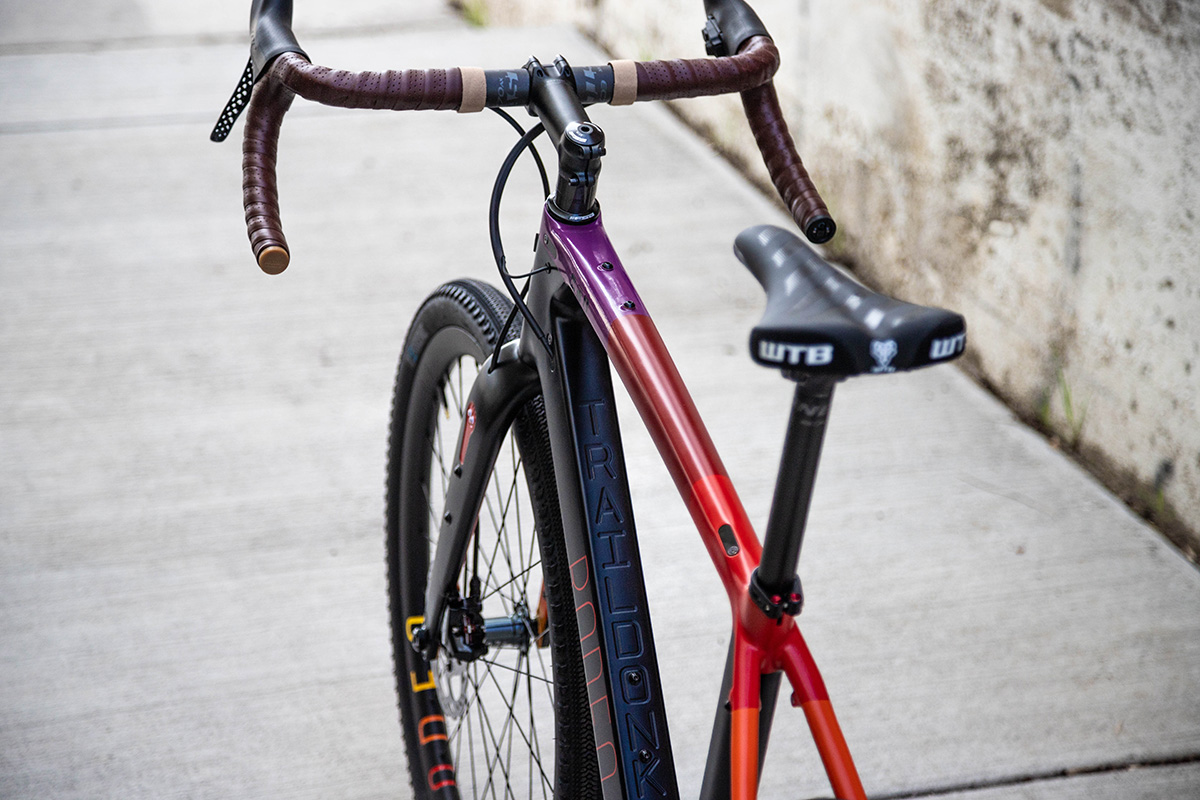 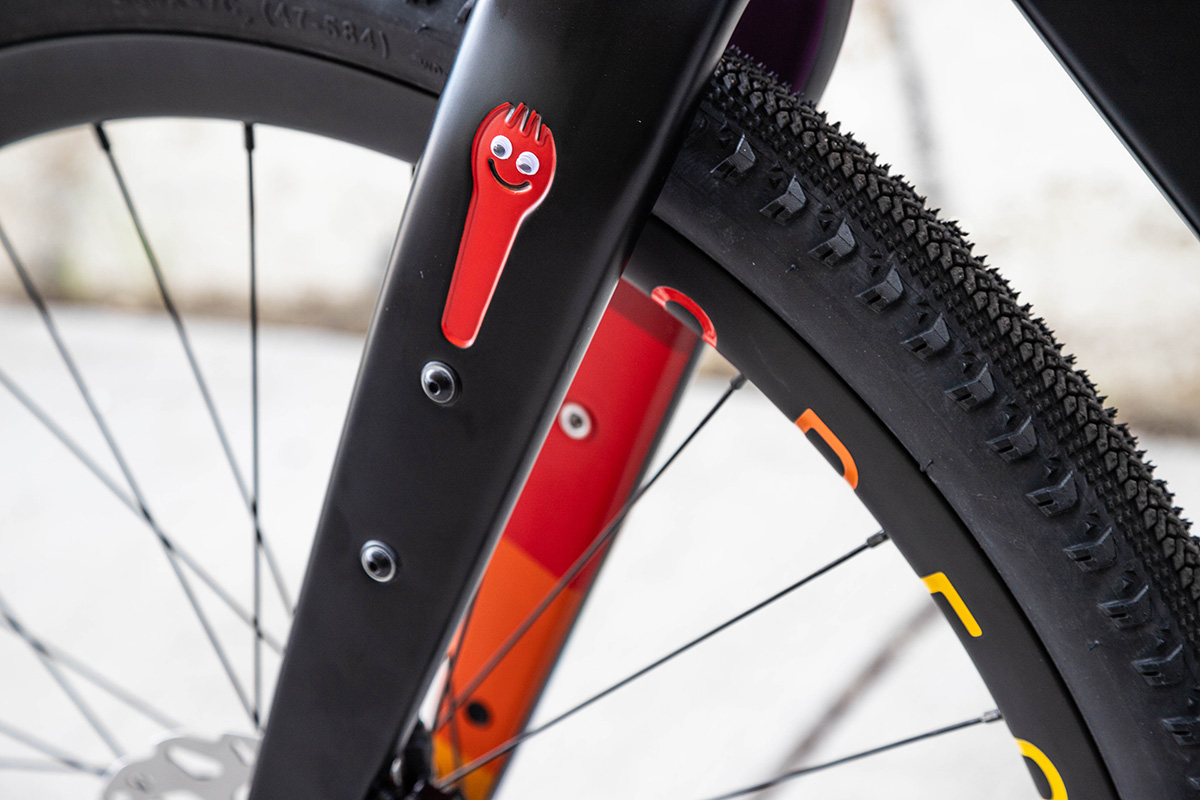 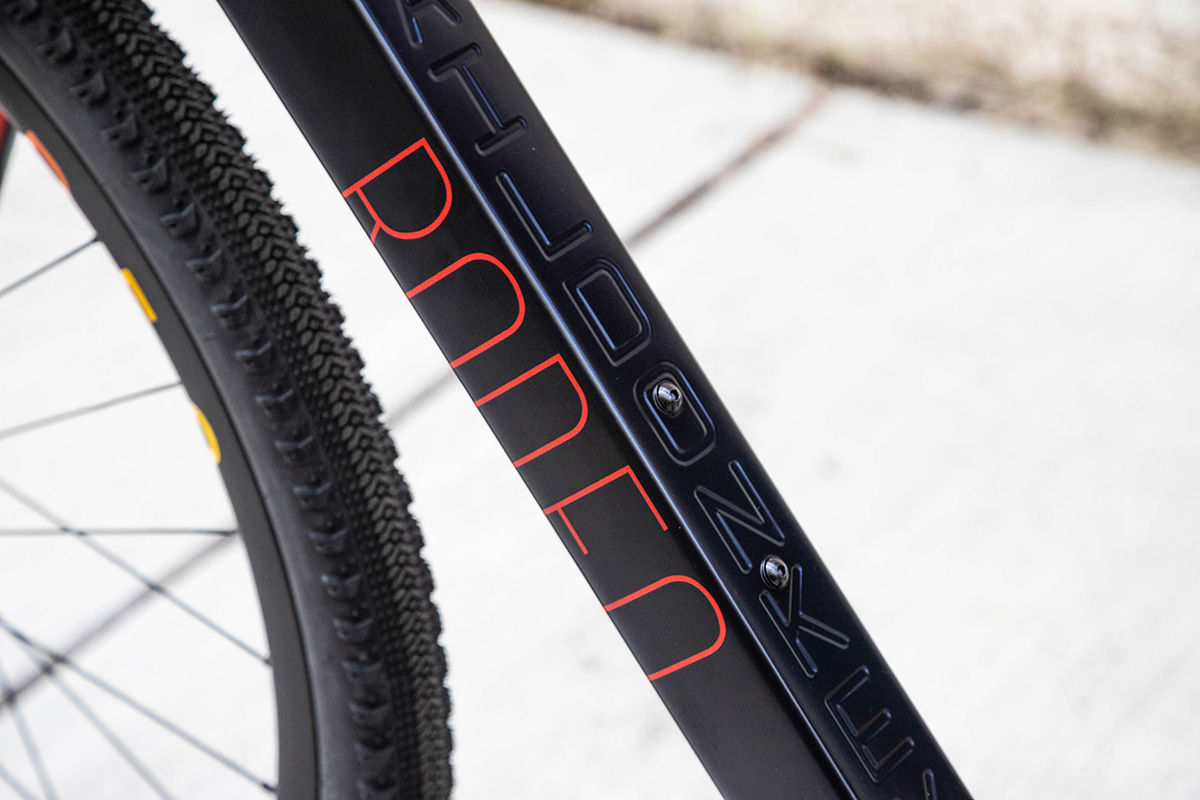 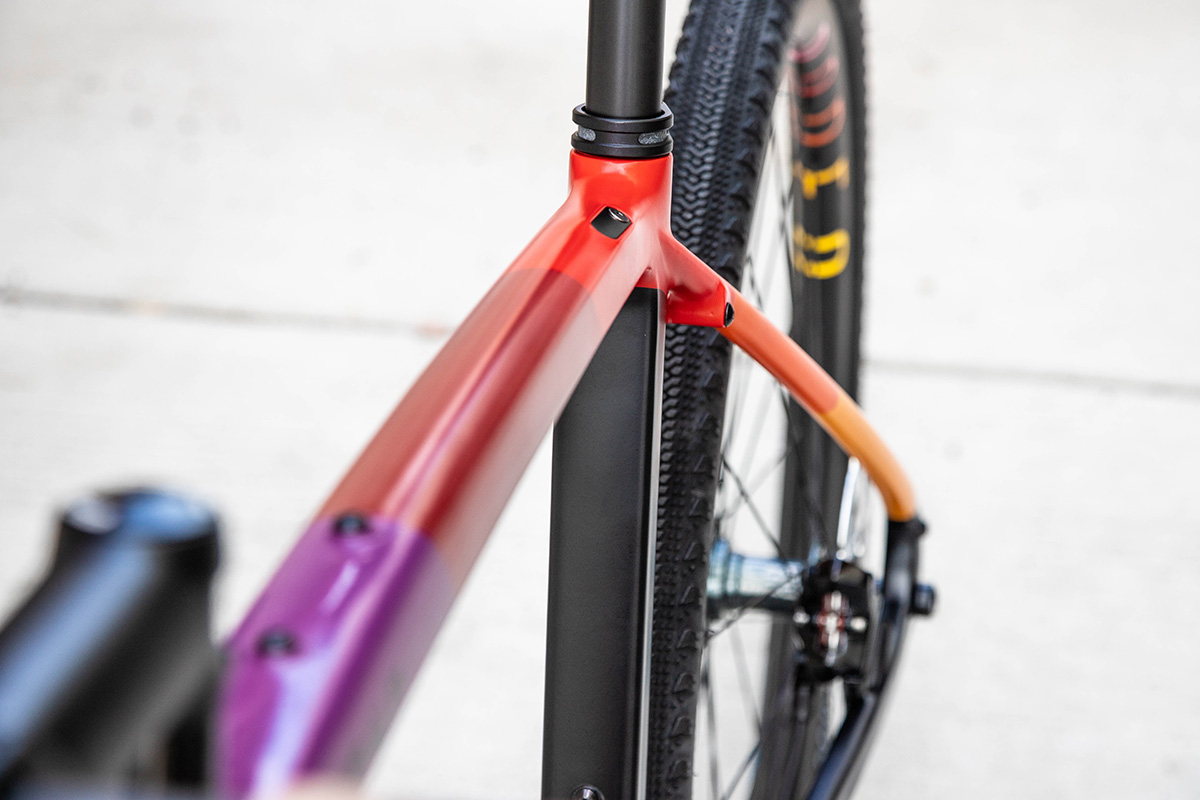 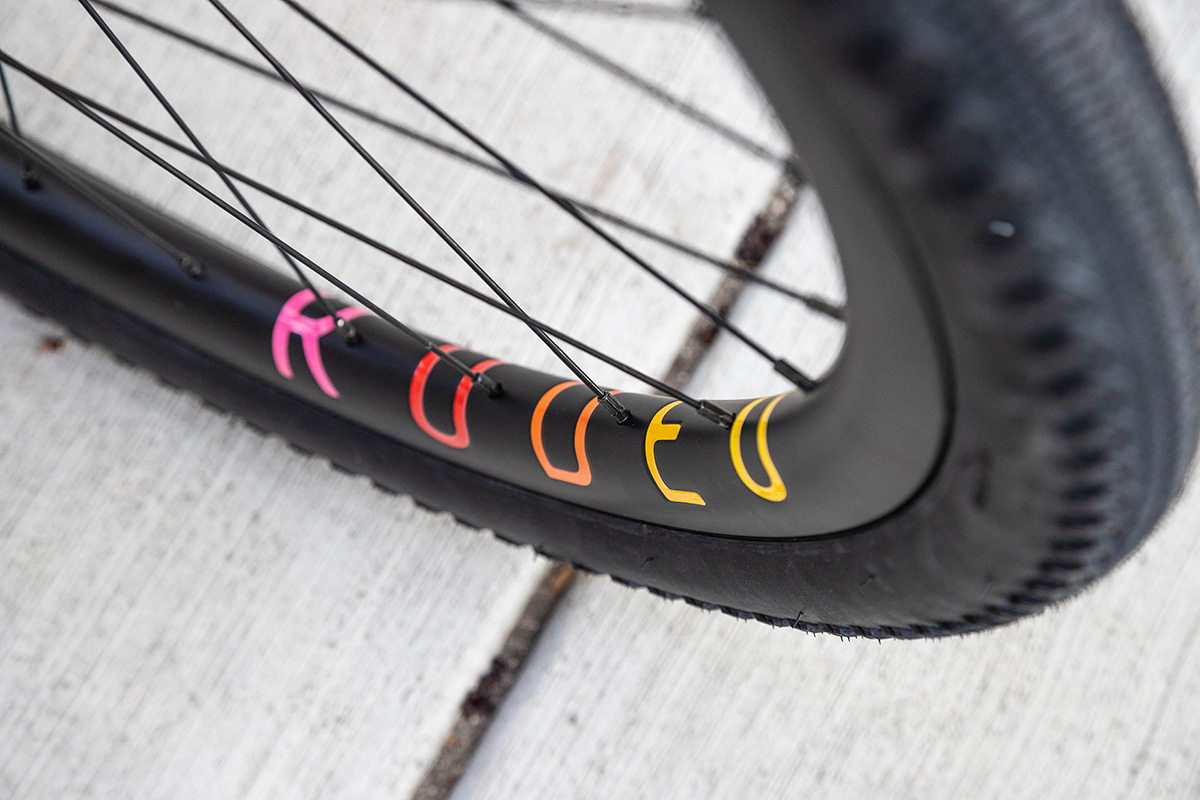 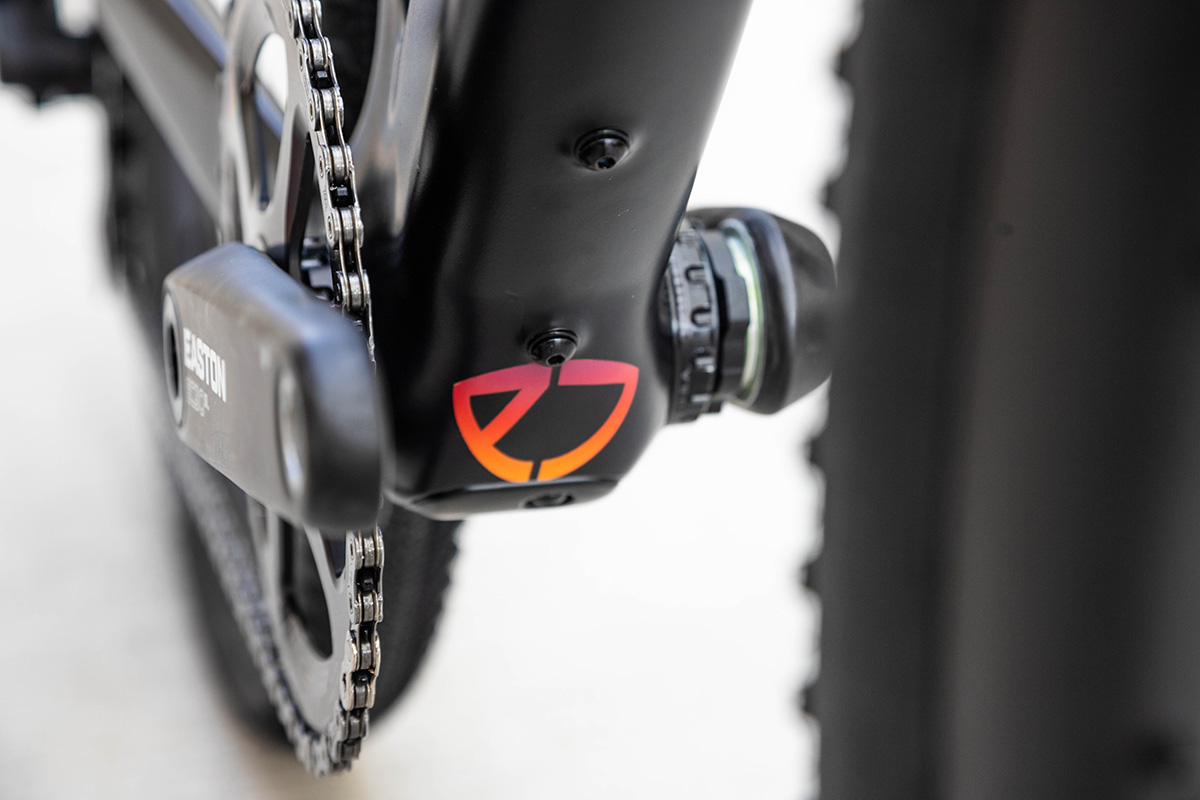 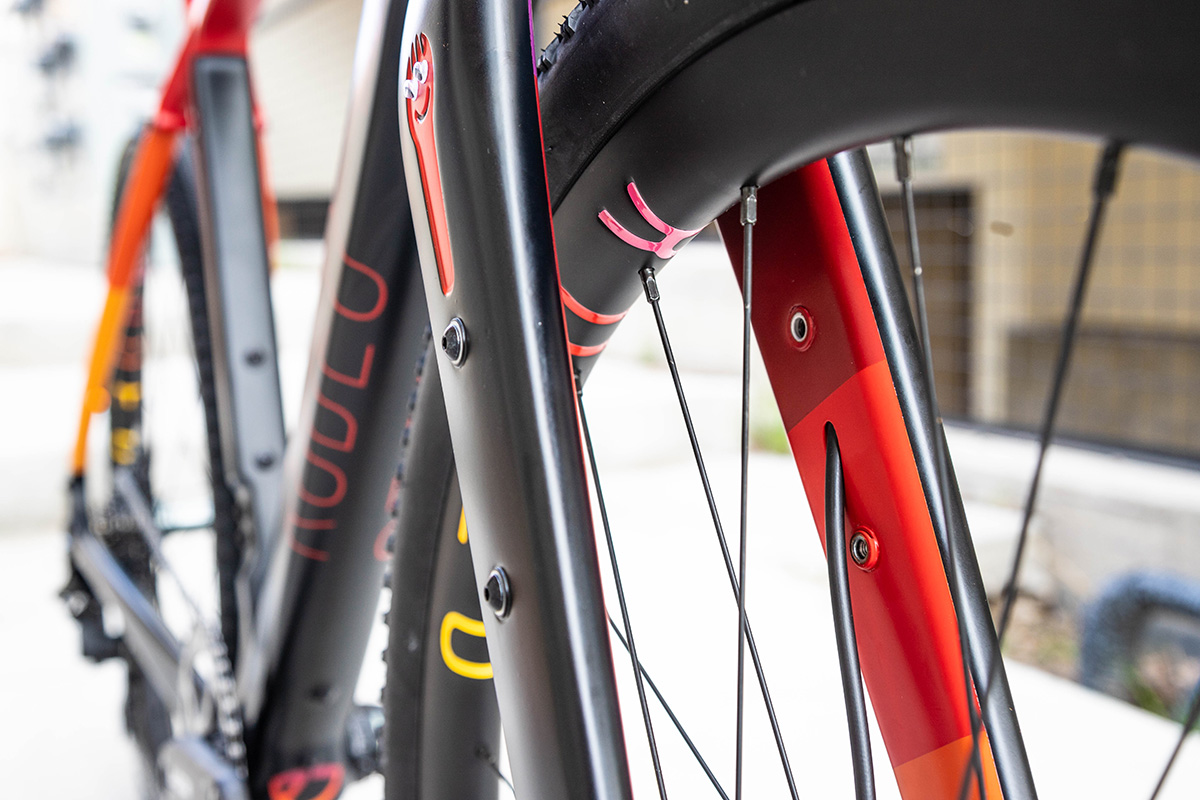 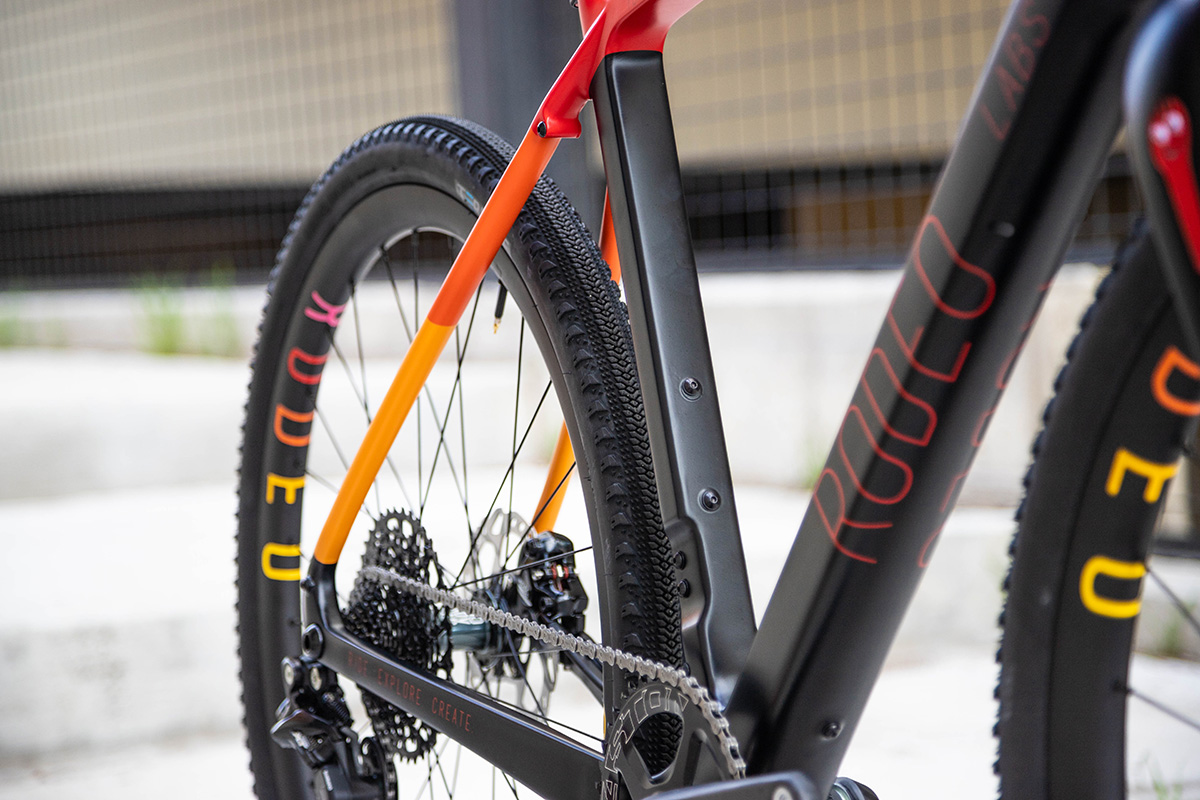 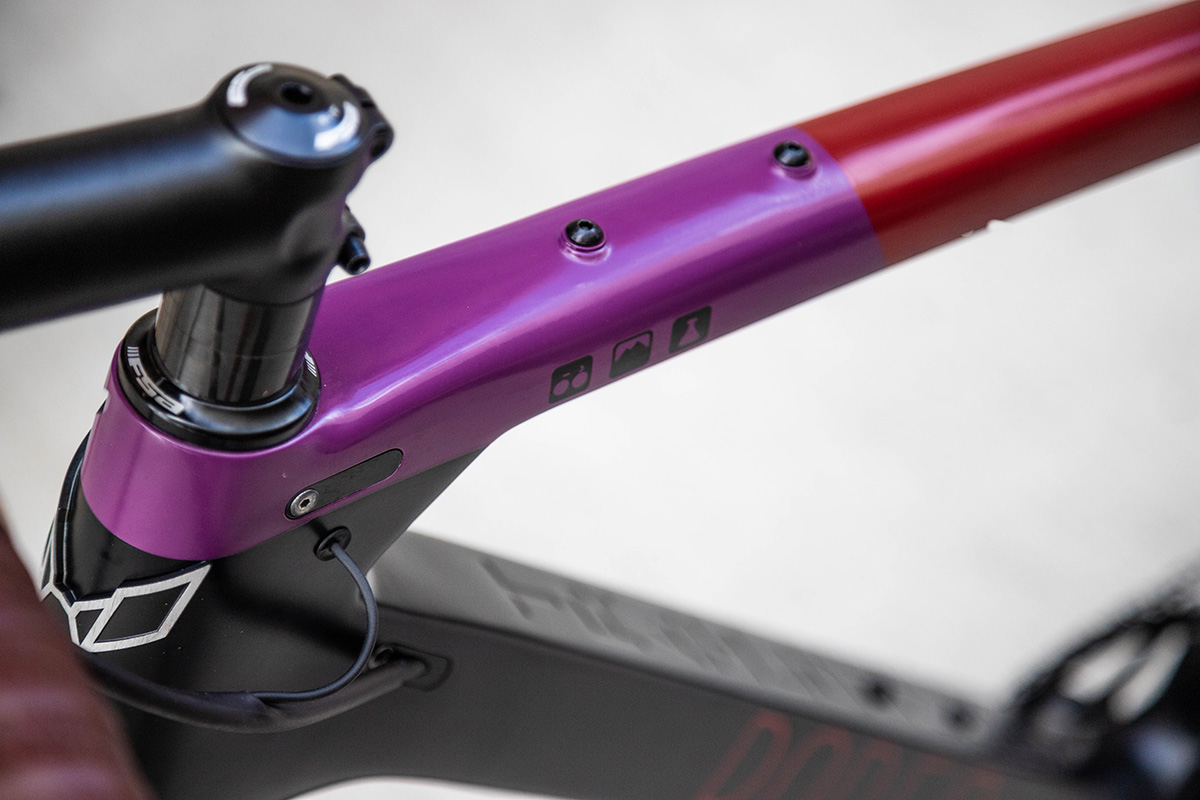 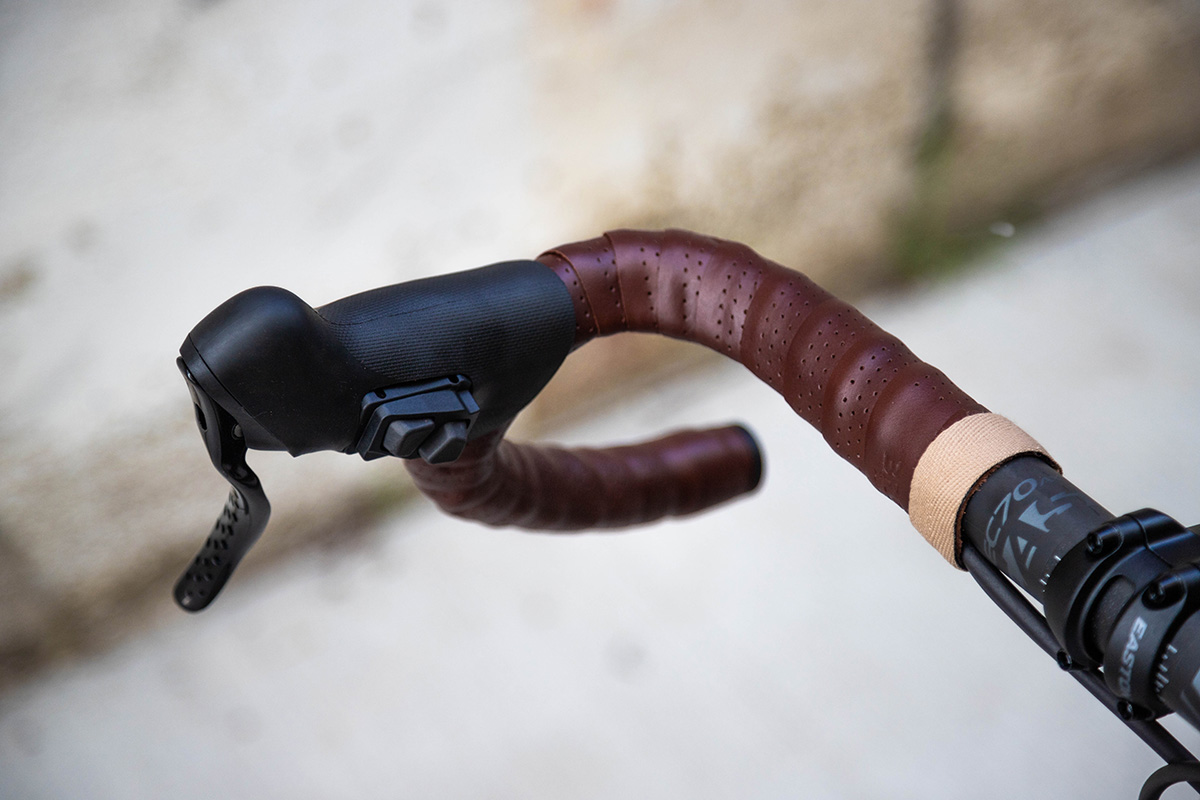 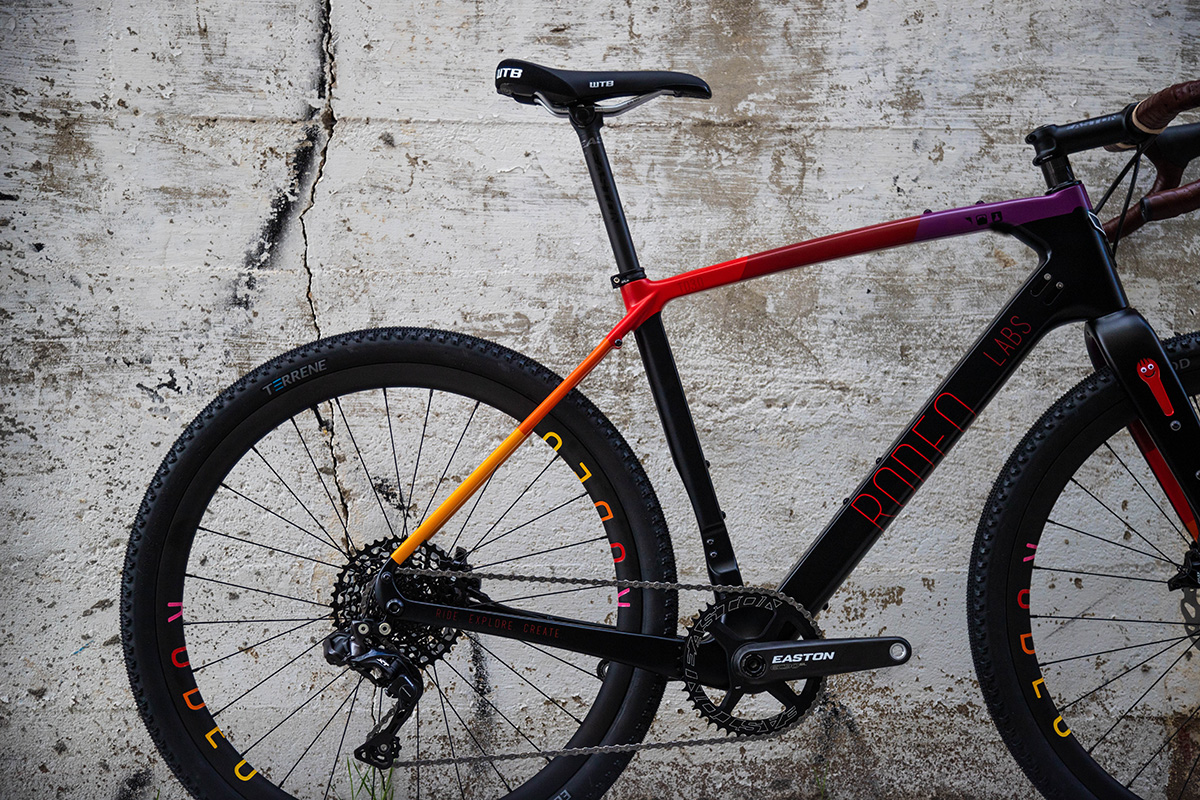 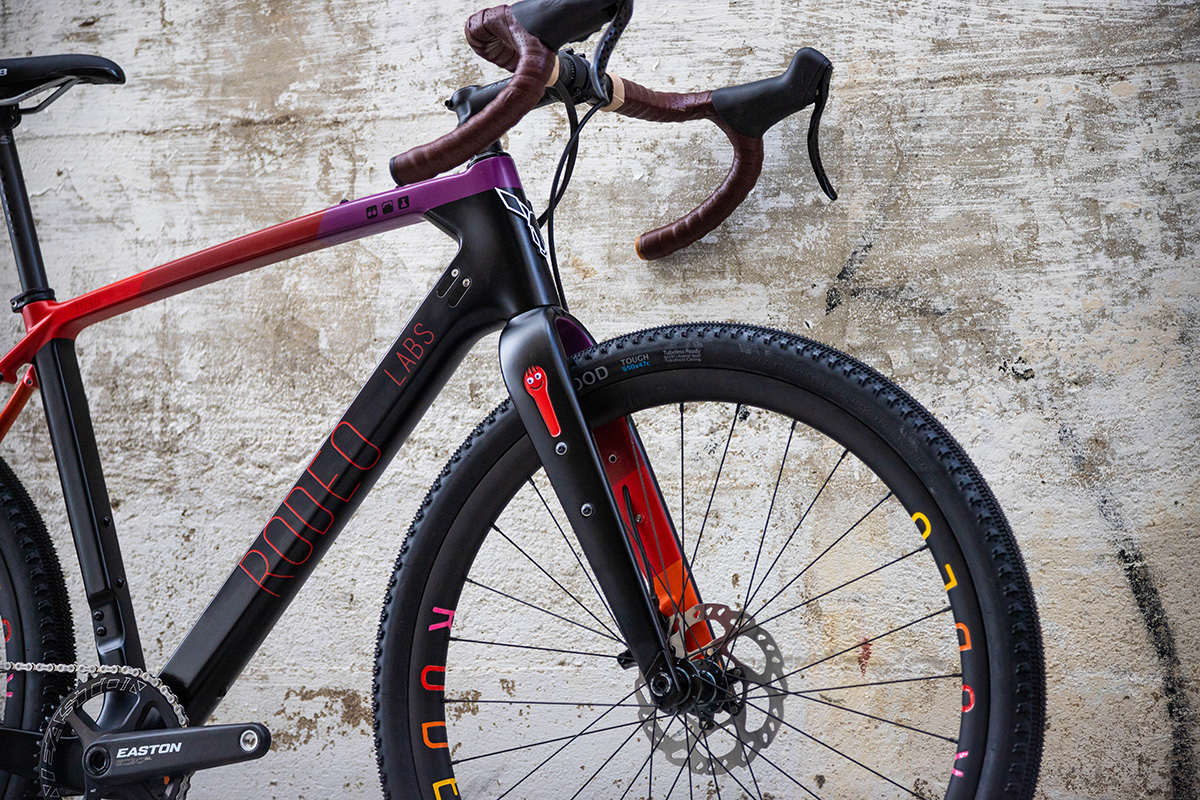 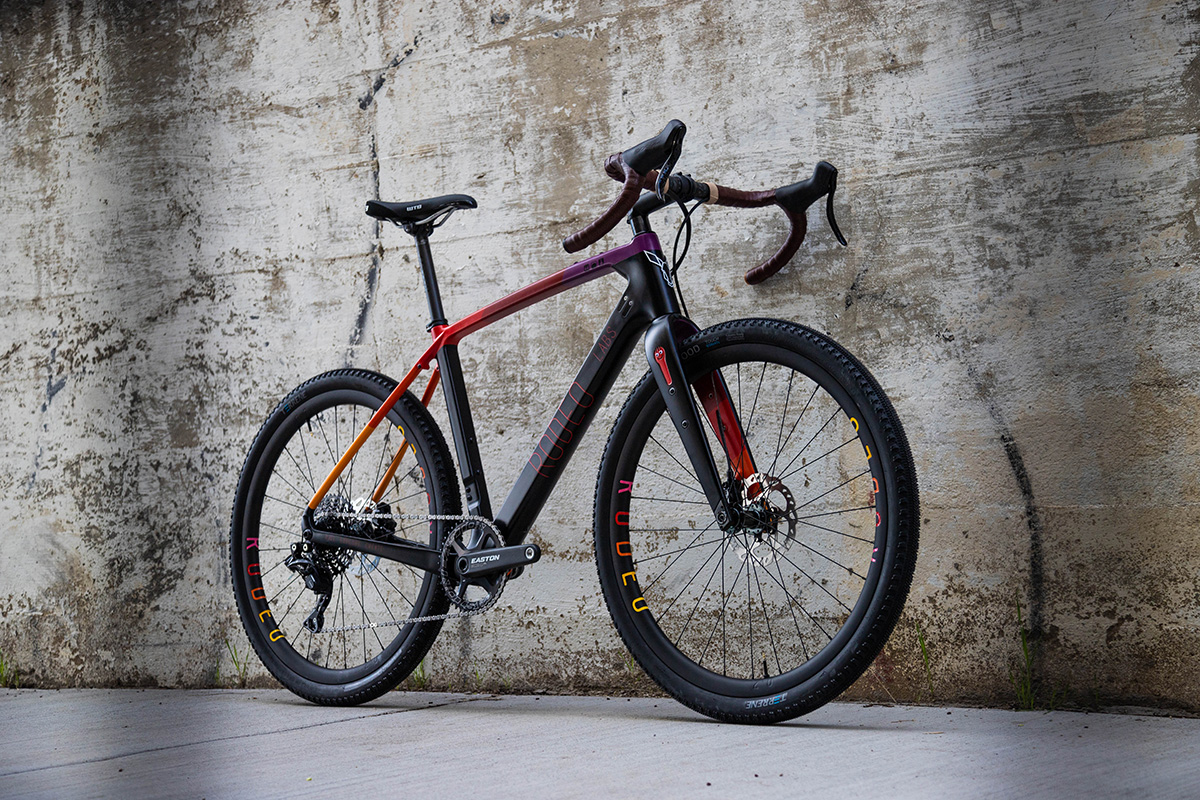