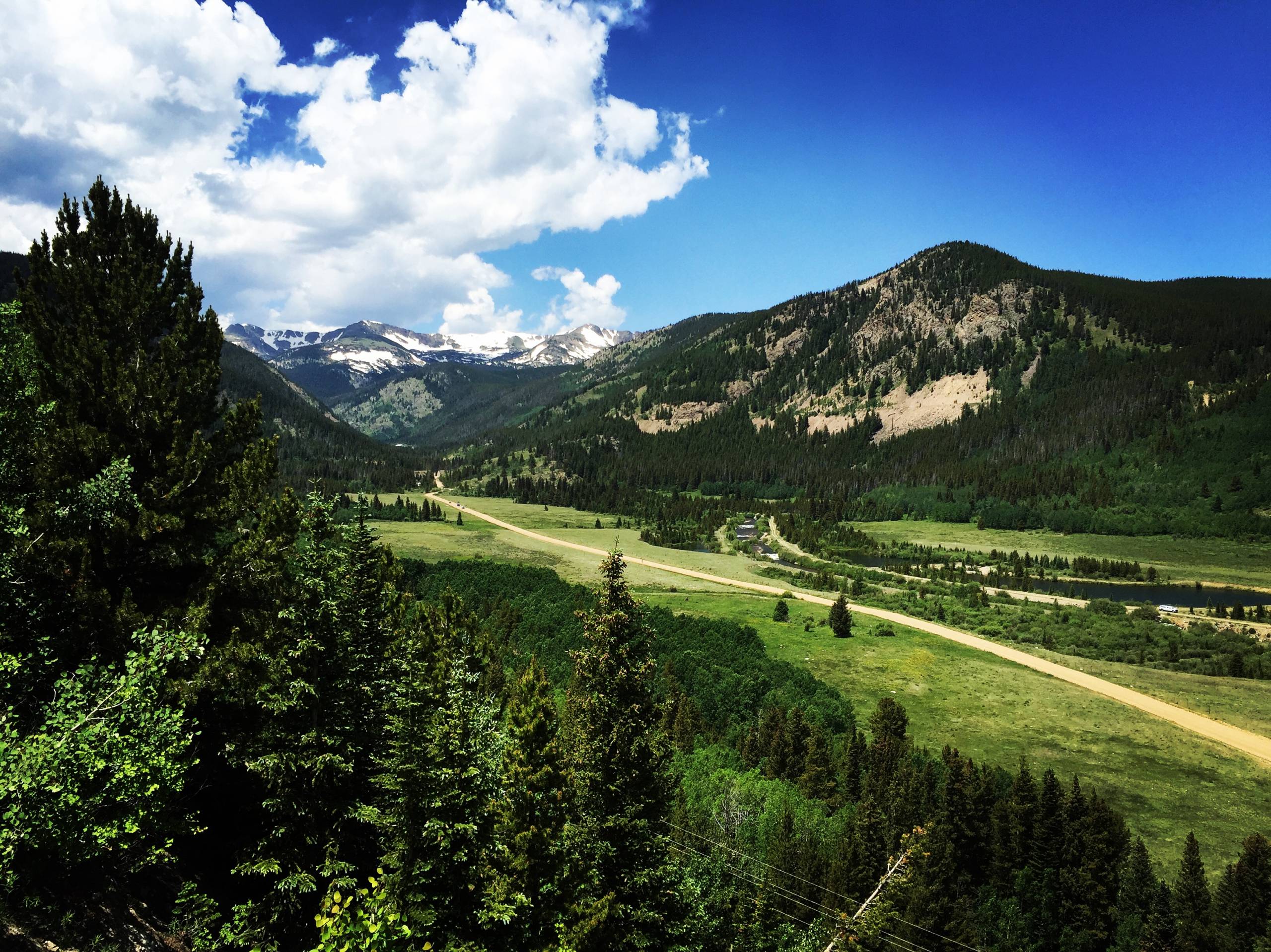 Back in June, Nik Gilroy put out the call for a Rodeo Rally to check out some “roads” up above Rollinsville near the Continental Divide. Scott Downes joined him for the ride. And this is their account.

Scott: “Those are the best days, when the ride is the day,” one of us said to the other over burgers and beers in the late afternoon shade. That was after we’d ventured up near the James Peak Wilderness and Rollins Pass area and spent the bulk of the day riding bikes under the hot June sun, wandering up and down burley jeep roads and dead-end double track. It was a good day.

Nik: It all started with a feeling – you know that feeling – takes hold of you and you have to acknowledge it. I wanted to get out of the normal day to day, to go somewhere I’ve never been before and to try something new. This nagging feeling would not let go. I needed to go into the mountains, to ride unchartered dirt and to get away from roads worn down by a virtual leaderboards.

Scott: Up until this point, I had missed all previous Rodeo Rallies, many of which came down to me chickening out, because of fitness or fortitude. But I’d been uninterested in racing this year, bored with some of the same old riding, and anxious to do something different. And this would be that something.

Nik: An idea spurred on by action is a powerful thing and before I knew it I was planning a rally. I hummed and hawed over satellite imagery and maps showing where dirt roads may or may not exist. I went through numerous iterations of routes, but the constant was a network of dirt and 4×4 roads all interspersed under the watchful gaze of Rollins Pass. Despite my best efforts to plan a solid route in the end I did not know what to expect out of this ride. It was a ride into the unknown.

Scott: The goal was simply to explore. It was a test ride, of sorts, one that might lead to a bigger, more ambitious excursion in the future. We didn’t know these roads, or where they’d lead, or what we’d see.

Nik: What I did know was that this rally would test the mettle of the riders and their gear. I cautioned that a cyclocross bike or a mountain bike would be the best tool for the job, but I was only hedging a bet. Stephen was gracious and let me demo a Trail Donkey. This brought me great piece of mind since the last rally I attended that was on dirt left me a shattered ragdoll (the Colorado Trail on a single-speed bike without disc brakes is one of the less sane decisions I have made). Lucky for me the stupid gear choices I have made in the past have helped harden my mental fortitude to ride into the unknown. Before I knew it, it was the morning of the rally and I was excited for the miles ahead and finally being able to shed that feeling. 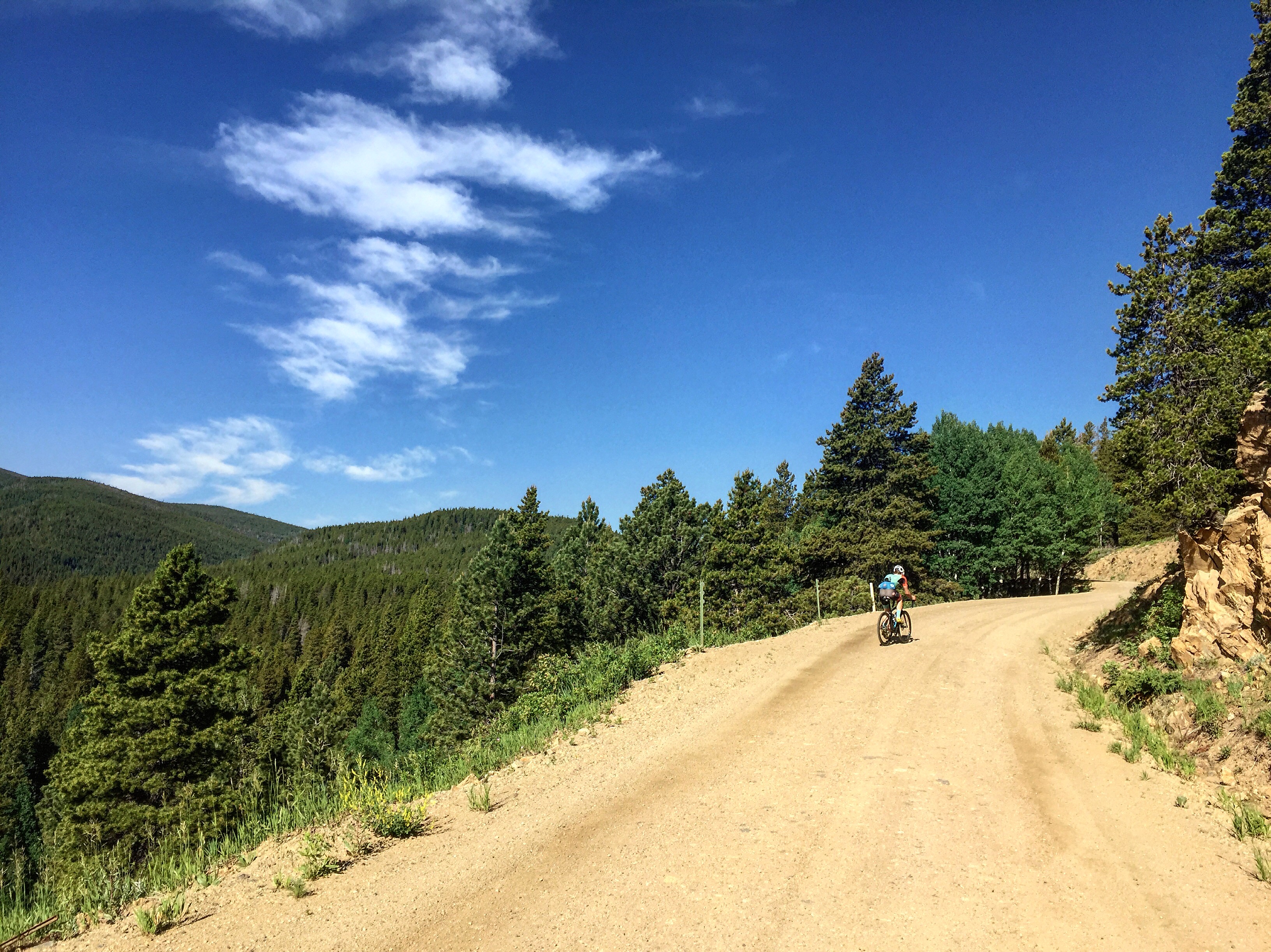 Scott: The route did not disappoint. We saw a tiny, glass-walled cabin tucked on a perch above a rushing creek. We saw abandoned barns and rutted excuses for driveways to private property that were oases for those who do not want to be bothered. We saw a husky leading his human’s truck down a long tree-lined road. We saw tunnel graffiti, and more seemingly abandoned barns, and a stone cabin in an alpine meadow high above any other inhabitable structure.

Nik: I’ll affectionately call the stone cabin the Swiss panorama with a euro cottage. It was moments like these where the views made the ride seems less about how hard we peddled, but rather how much stunning imagery we could inhale. We marveled at the little stream running parallel at the road, the grass swaying under the cool wind. It was a simple and peaceful view. Exactly what I needed to satiate that feeling. 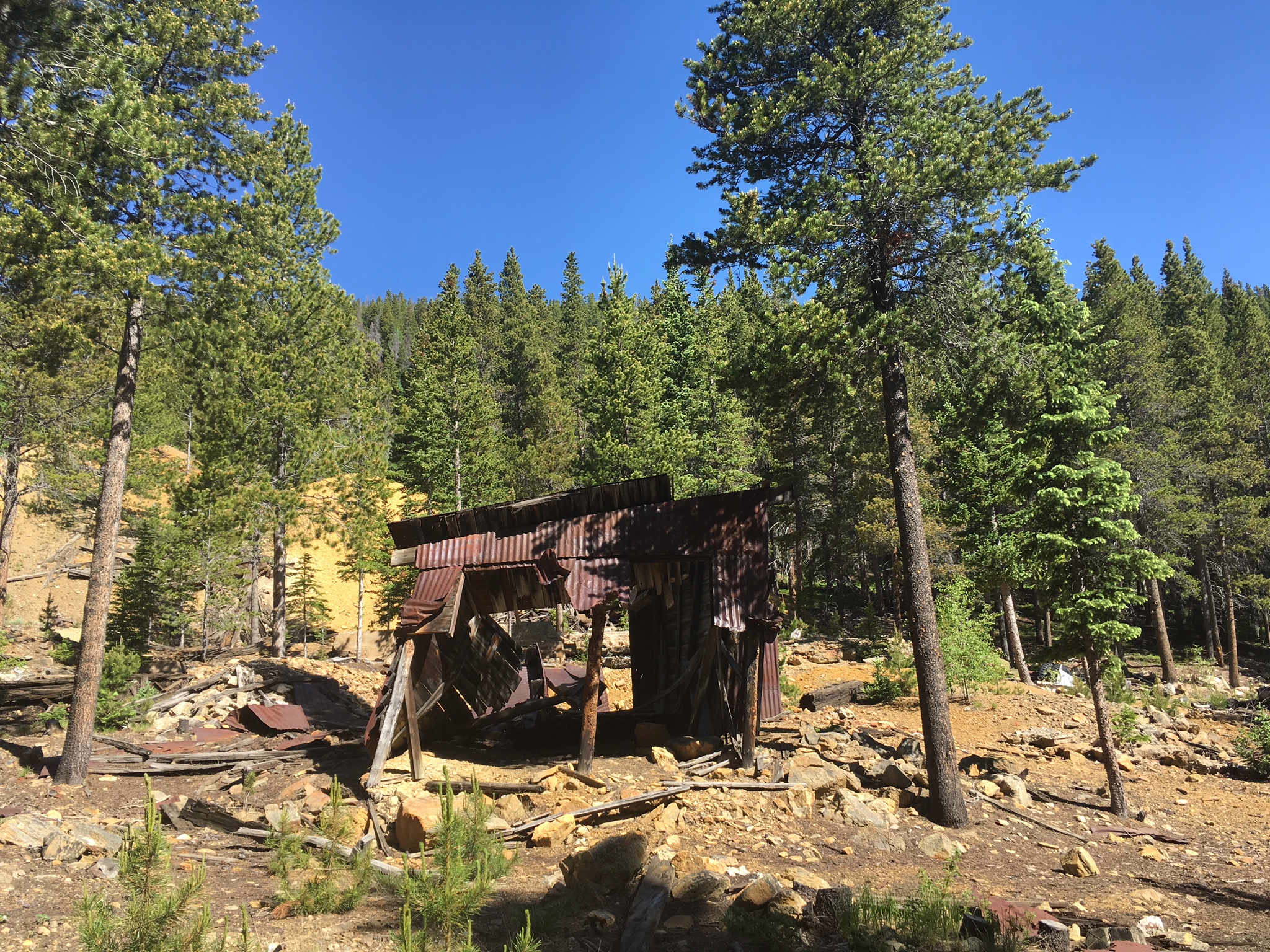 Scott: We saw no water stops or 7-Elevens or corner stores with Mexican Coke, no stoplights or angry drivers, or bike lanes with delivery trucks parked in them. We mostly just saw sky and mountains and trees.

Nik: Climbing on dirt, especially rough 4×4 road dirt is such a strange experience. Gone is the etiquette of the road and staying to the right. It becomes all about stringing together the smoothest lines.

Scott: At one point, the cue sheet just read, “Left. Proceed.” It was a road with no name, and a road in name only. Just a steep, bumpy, burly double track that we weaved and heaved across, as the grades steepened to 10, 15, some 20 percent, if Garmin is to be believed.

Nik: That climb had me maxed out on gears. I was weaving from one side to the next avoiding watermelon sized rocks. Not only was there a limited choice on a clean line, the road was steep, and I mean stupid steep. My cadence was dropping like a tree rushing to meet the ground. Memories flooded my brain of the September 2014 rally where I was on a single-speed and turning a cadence of barely 40rpm. We grinded on knowing the top was surely around the next bend, wait no the other next bend. We pedaled in concrete squares just to stay upright, but the payoff was worth it: uninterrupted, panoramic views of the continental divide. 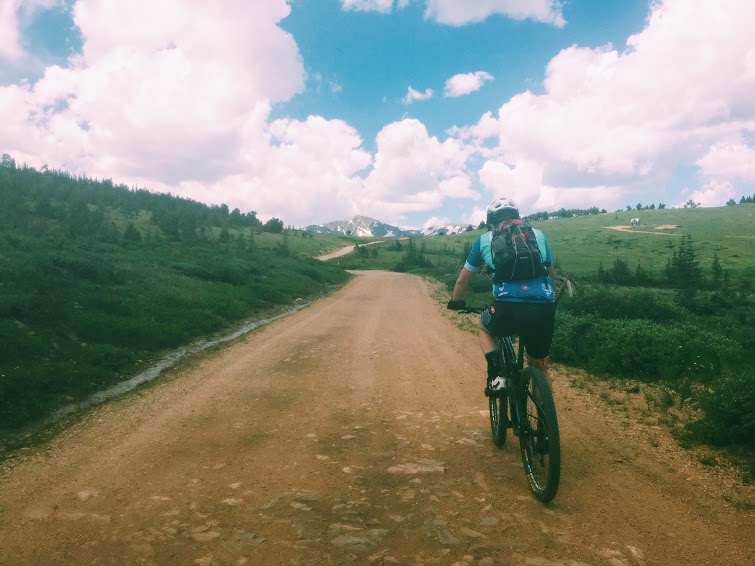 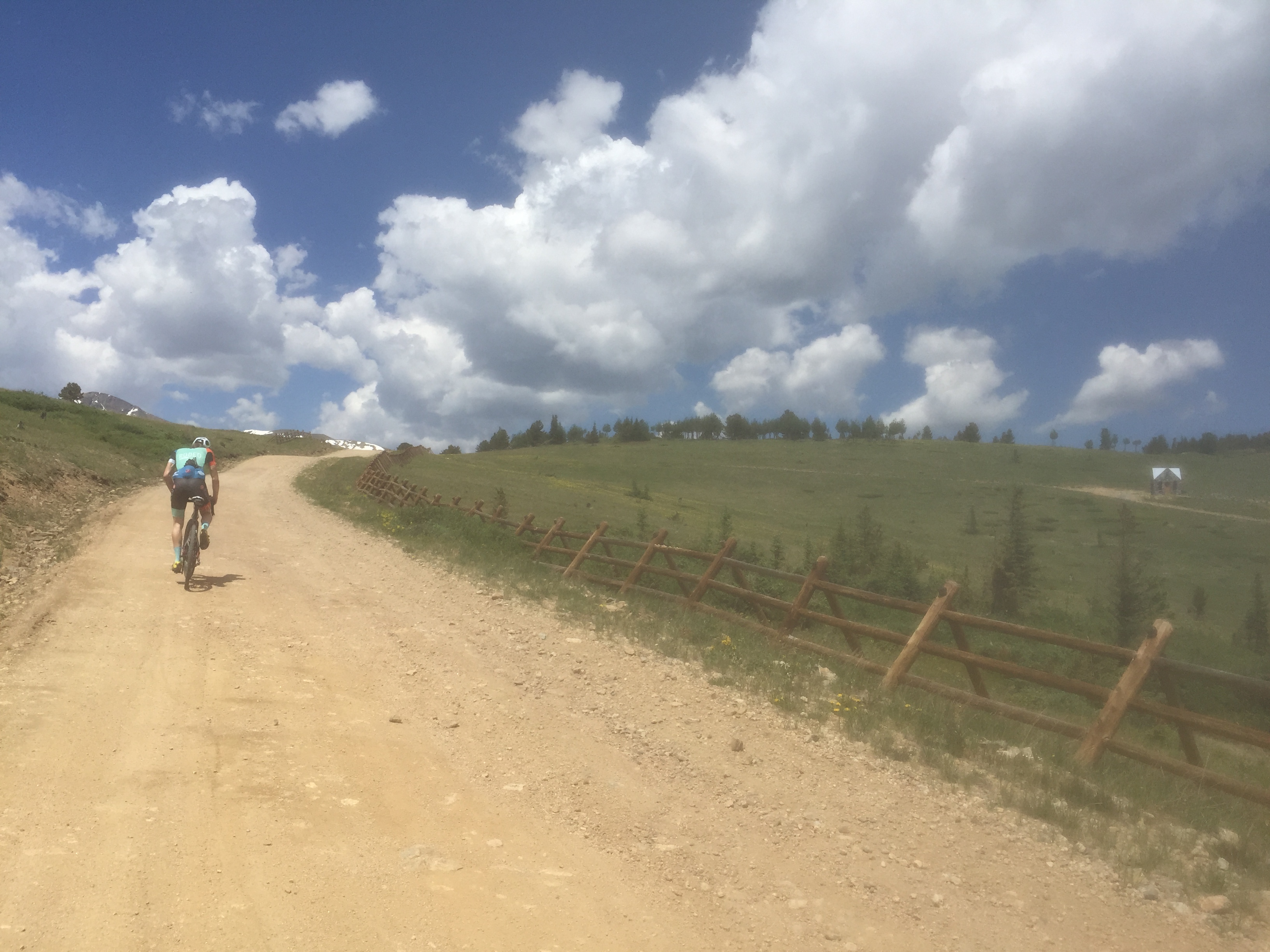 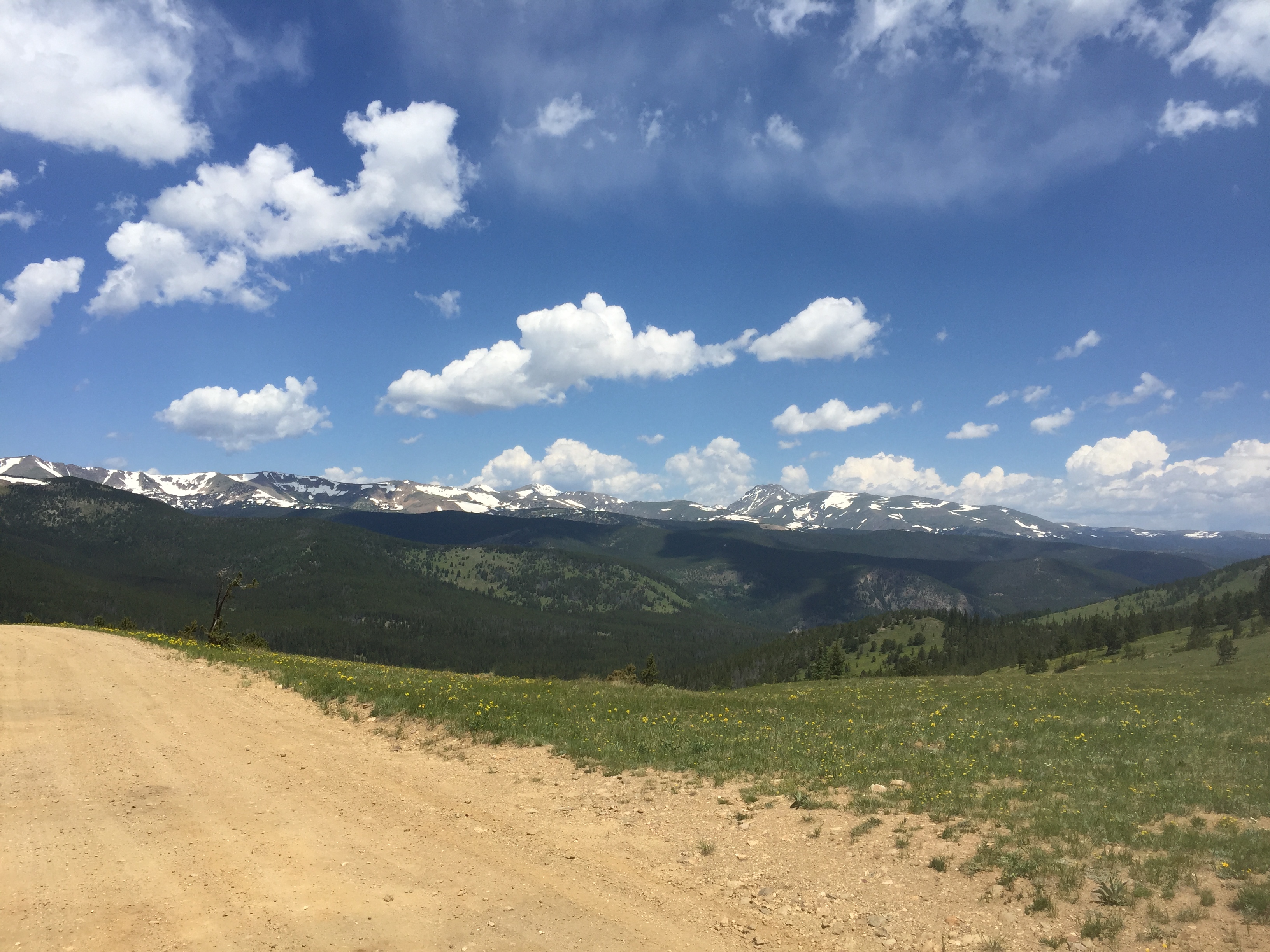 Scott: What was interrupted in a few spots was our intended route. We were supposed to bear right to climb higher to “American City.” A ghost town perhaps, and a nice callback to the February rally? We weren’t sure what kind of “city” would be at 10,000 feet, but we would not find out today, as the road was gated and signed off with aggressive ‘no trespassing’ warnings. The same barriers stopped us from doing a short but lumpy-looking route that was on private road. We deduced that property owners up here don’t do warning shots. Unfazed, we just rerouted to check out some other places to go.

Nik: All of the climbing we did was rewarded with some long, uninterrupted (except for photos) descents. I am generally fearless on descents on a road bike, but I seem to have a considerable dose more of caution on the dirt. Well… smooth dirt is one thing, but this dirt was a washboard, loose rocks, divots, and large rocks. I did my best to let go, to enjoy the hard efforts and rest the legs on the well-deserved downhill, so I eased back, loosened my body and let the Trial Donkey soak up the rugged road. We had smiles fixed to our faces. The word bliss gets tossed around, but this had to be bliss right? Yeah, we had views of the continental divide to our left and we were riding mostly forgotten dirt roads. Our next turn off of the descent was an out-and-back trail that did not seem to actually exist. So we took the next road, where we saw some stream crossings, shaded rollers, and more great views of the divide. After that, we dropped back down to the valley floor, and headed up towards Rollins Pass. 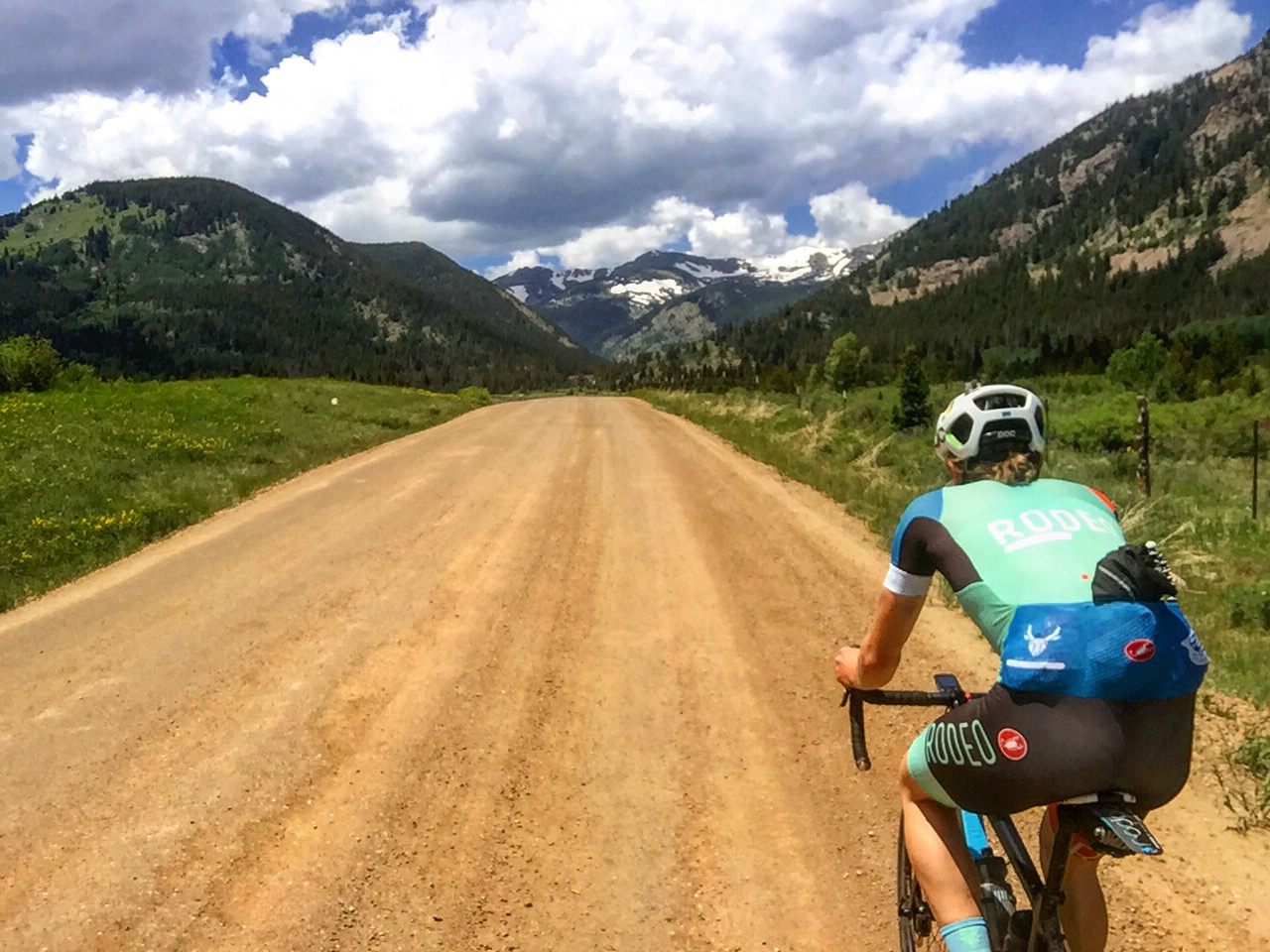 Scott: We watched small thunderheads roll east. We snapped more photos of the expansive valley, the kind that makes you feel small and humble. We debated how high to go, ultimately turning around short of the Continental Divide. We had expended our water and rations, more storm clouds were organizing above, and we were unsure of how long we had back to the car, to town, to burgers and beers. It felt like a weirdly responsible decision, but we knew we’d be back. We finished the ride on the smoothest road we’d been on all day. Dampened flat dirt, where we hammered past an empty yellow building that sat all by itself, alone in the valley.

Nik: What this rally lacked in numbers we made up for in spirit. It wasn’t about numbers or miles or elevation, as much as it was about exploring and experiencing new places with good people. Which is what we did, and can’t wait to do again. 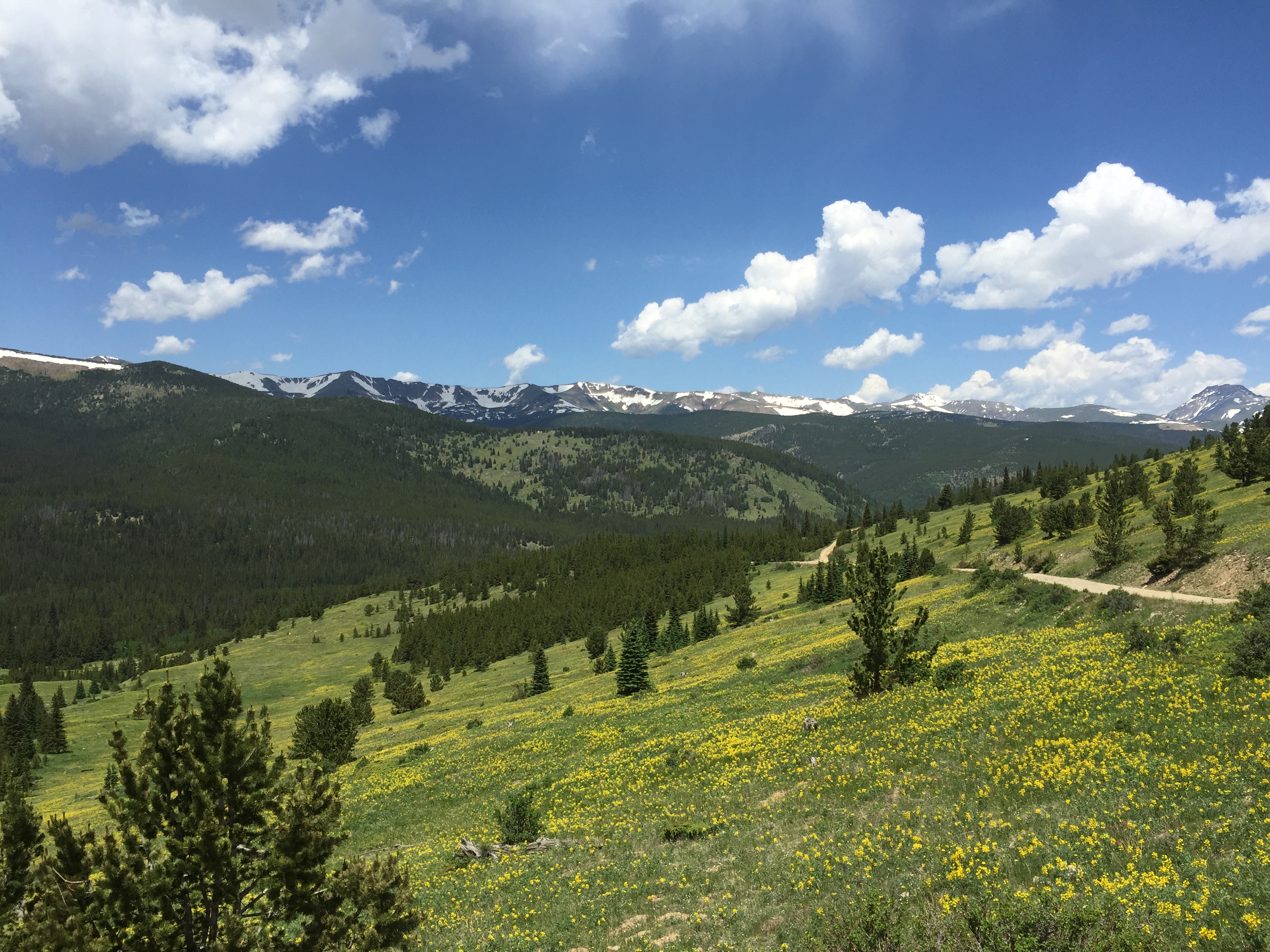