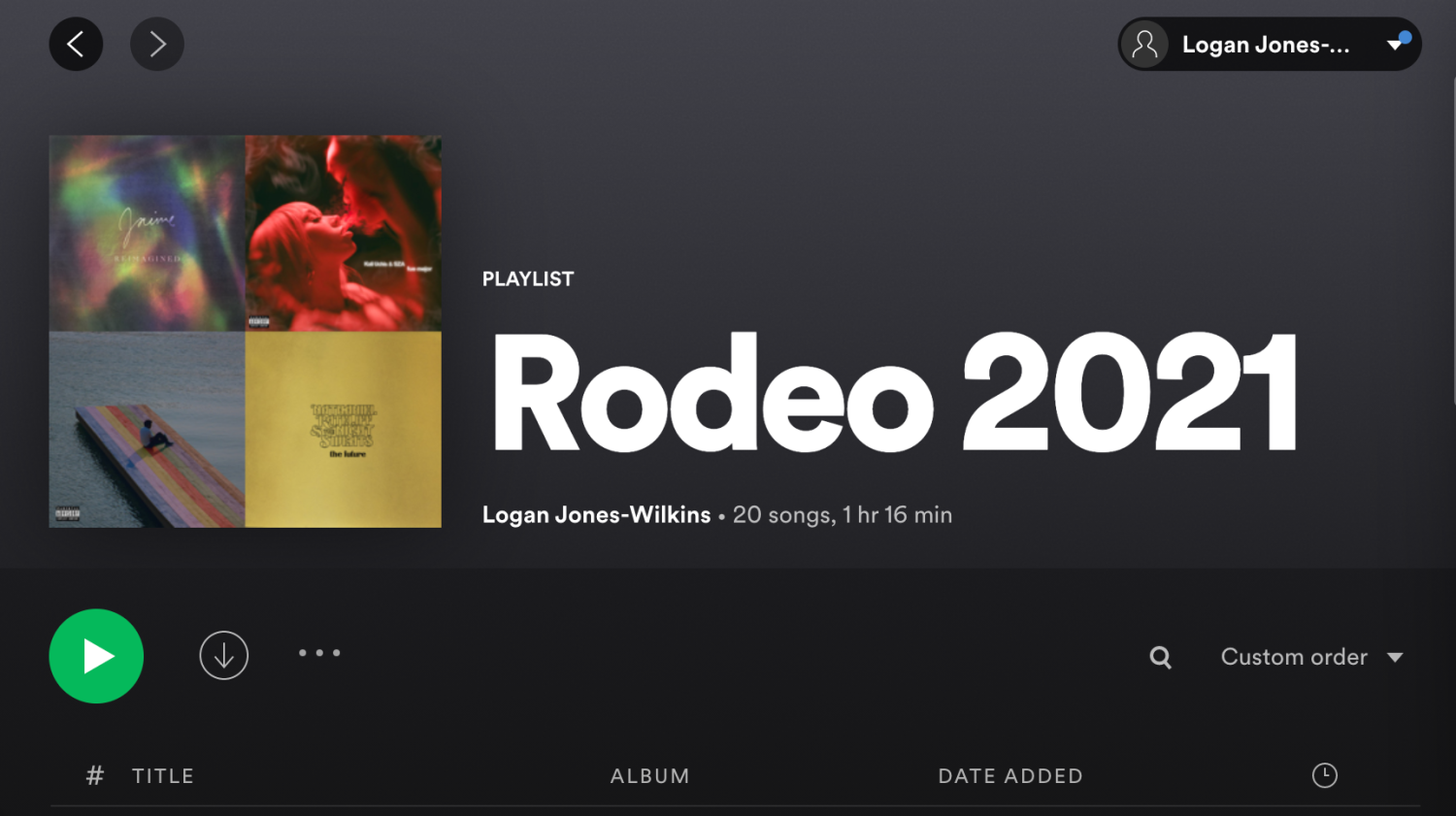 Once again, you’ve done it, you mastered viral marketing. Now, December is marked by the bombardment of Spotify branded music tastes. As much as I try to be the grinch, I like it. I like it a lot.

Alas, my contrarian flare persists, and I have journals to write. So instead of a simple Instagram story share and per a budding tradition, here is my 2021 playlist. Five of my favorite songs from 2021 paired with my top five rides. I highly encourage you to listen as you go! Each passage was written while the tunes played on loop. My apologize to my roommates.   Enjoy!

I love Brittany Howard. Alabama Shakes is the best thing relating to the state of Alabama and her voice speaks deep into the soul. Pair her with Childish Gambino and it’s almost too much to handle. Almost. That joint rocks and I am all for that feisty little borderland between too much and not enough. From my first taste of Stay High in mid-July I was hooked. Then I heard the smooth sweet tune 9,000 feet into the Andean sky, and it rocked my world.

The road I had been riding swung its way away from the basin below. Across a faded sky towered the mountain I had descended an hour earlier. A patchwork sky of blackened ribbons of rain obscured all but a beam of the equatorial sun above. In my ears lounged the neo-soul sound.

I stopped, I sighed, I wanted to stay high. After that day in the mountains, the song never missed a rotation. There was no sense of surprise when it came in as my most listened tune of 2021.

Fue Mejor translates to “it was better.” In the heartfelt duet between two of our generation’s vocal and lyrical powerhouses, the tune harps on a lost love in a bilingual, lustful reminisce. It’s tragic seduction in four minutes of harmony like I have hardly heard before.

In my years since moving from the fertile hills and dales of the Virginia piedmont, my love story has been tested by the distance – those who know me know I can struggle with the separation. When I return the joy is ripe, but the scenes are a longing reminisce, not the faithful relationship that once was.

Still, what a challenge it is having an ex right next door! When May rolled around and the prospect of Unbound sprang onto the horizon, those sultry lanes called my name, and I simply couldn’t resist.

With a light pack on my Donkey, and 7 hours to sundown, I set off across ‘Lady Piedmont’s” heartland on a 200-kilometer search for fitness. What I found was the joy of my younger years among the fences, the soft light of a spring sun shower. In those years of squezzing in rides after school and spending my weekends chasing the ghosts of the legends of our sport, it was better. It was better because it was mine.

Now we are split. I have moved on to the Tidewater and the Piedmont has new riders under its influence. But, like the singer Kali Uchis said: “If I go don’t forget there are things tattooed without ink.”

Are Tully and I brothers with Range Rovers? No, BUT IT’S THE TOP OF THE MORNING AND WE ARE GETTING IT. Plus, Baby Keem and Kendrick are cousins, so who is this song even about?

But I digress. ‘Range brothers’ is everything rap is in all its beautiful chaos. I have nothing in common with the characters in the song, but in its rebellious reverie it doesn’t matter. Put it on and things happen – it’s bold in your face bravado. It is without question that if Mount Rainier was music, it would be rap, even though this directly contradicts last year’s lists. Whoops!

In July I took Tully to the mother of the Cascades where bravado was on full display. Benevolence be damned, the mountain was nasty! Yet, in the nastiness, my brother and I rolled big, talked loudly, and found our swagger.

Oh boy. You’re probably wondering where all the dirt is in these so-called “highlights.” Fair concern given the fact that the Trail Donkey is a gravel bike. Truth is, one little “gravel ride” kind of stole the show.

And lemme tell you, something wasn’t right.

It was Monday in late July, and I got a text from Stephen which read, “how big are your tires?’ Since I was in Colorado preparing for my Ecuador expedition, my response was simple. “Not big enough!”

Two days, one wheel change and 65 miles later and I found myself running down the Continental Divide, inexplicably rolling my Donkey next to me. Stephen, firmly on his steed, careened by me with a simple message: “You should probably ride that!” Around us, the blue bird sky of our summer morning was gone, and we were shrouded in charcoal colored harbinger of electric death.

Gotta dig a lot of holes to get into something deep.

Down from the trail, down off the cornice, and down to the trees we went. In our eyes was deep exhilaration as we hooted and hollered away our fear. Up on Jones pass we were putting the Adventure in between Rodeo and Labs in the unhealthiest way, but in a way, nonetheless. It was the biggest of big dumb rides and I will never forget it. Yet,

Part of me knows that something ain’t right.

Nathaniel Rateliff gets it.

Mad (Hope Tala) and The Rides I Missed – All over

The last entry into this list is not a ride I did. No, this is for all the rides I couldn’t do.

UnPAved, last year’s race of the year, derailed by a catastrophic crash two days earlier. Big Sugar, one of my two big targets for the year, wiped away by the same crash. An international trip, planned and funded through the cancellations of the competitions, changed with the promise of omicrons chaos along Mexico’s southern border. An Oaxaca winter camp, the dream end of the year, killed by omicron delivering its promise of disruption in the form of a Christmas present.

The flight credit for these excursions is akin to a can being punted along an endless road. Naturally, all this has me feeling MAD! Good thing there is a song for that. Hope Tala’s “Mad” is about a boy and so has very, very little to do with my circumstance. Nevertheless, she sounds quite peeved, and for us mad folk circumstances are secondary. Fury is what is focused.

Then again, cycling is a romance to us deep in its clutches. As I mentioned above, the seduction of the road pulls on the heart as much as the head. Maybe even more so. Hope may be speaking more of my language than I thought. In all the shifting, the crutch that is cycling and adventure in my life seems to crystalize when I am on the couch – my Trail Donkey off my right shoulder, leaning against the wall, taunting me. The words of Hope ring all to true:

You’re making a mess of me

For drowning in all your misery

Proud of the power I let you have over me

But you make me mad

Yet, anger is passion. Passion breeds plans. Plans yield adventure. Oh boy, oh boy, 2022 is going to be grand. I cannot wait for the next soundtrack.