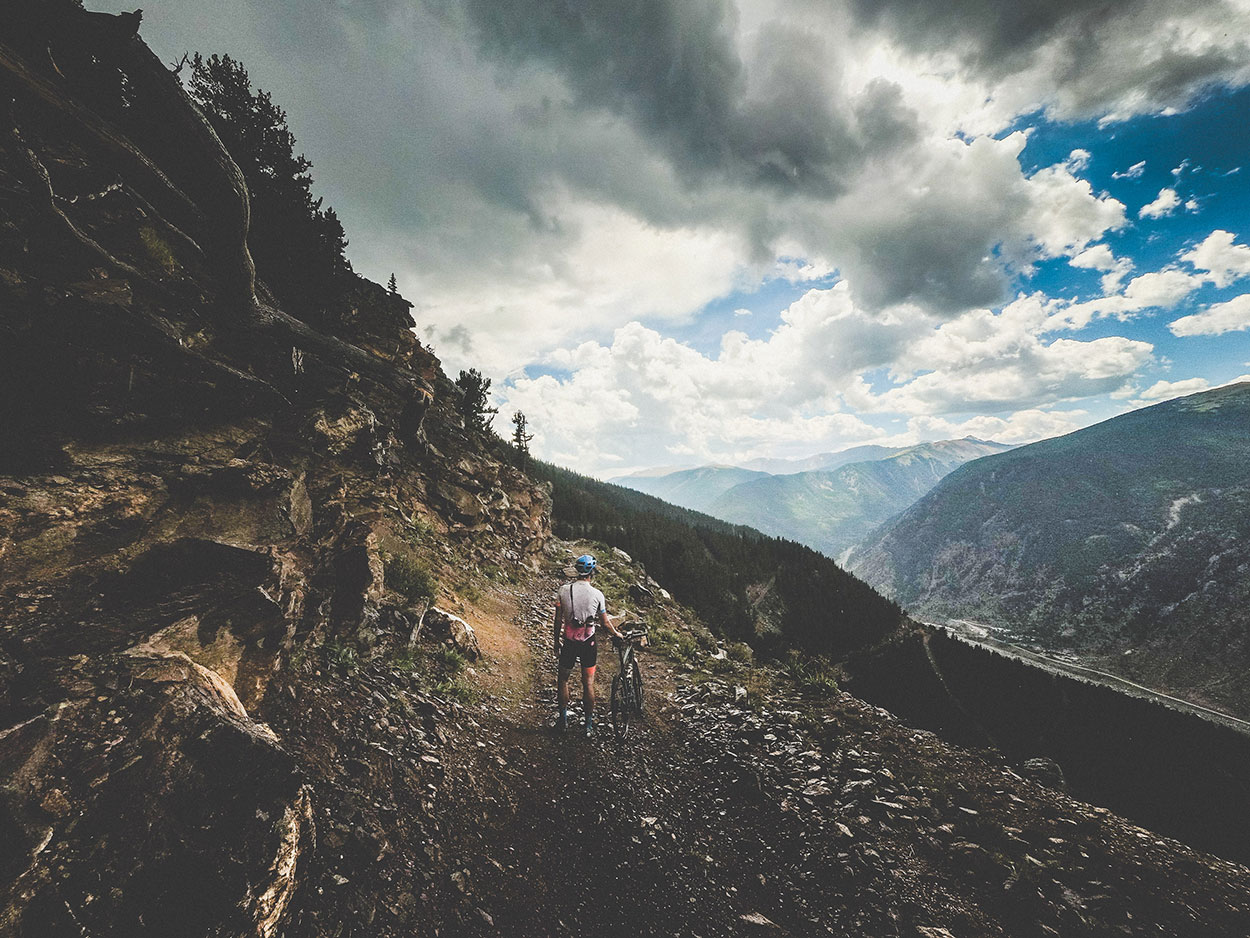 I’d heard of The World’s Worst Climb™ in passing comment and conversation.

There were rumors of a dirt switchbacking climb snaking up the near vertical mountain slopes that wall in the historic town of Georgetown, CO. Rumors they were though. Nobody I knew had ever done it. I think the first photo evidence of its existence may have come from Matt Deviney on Instagram. Or maybe it was a photo linked on Strava? I can’t remember. 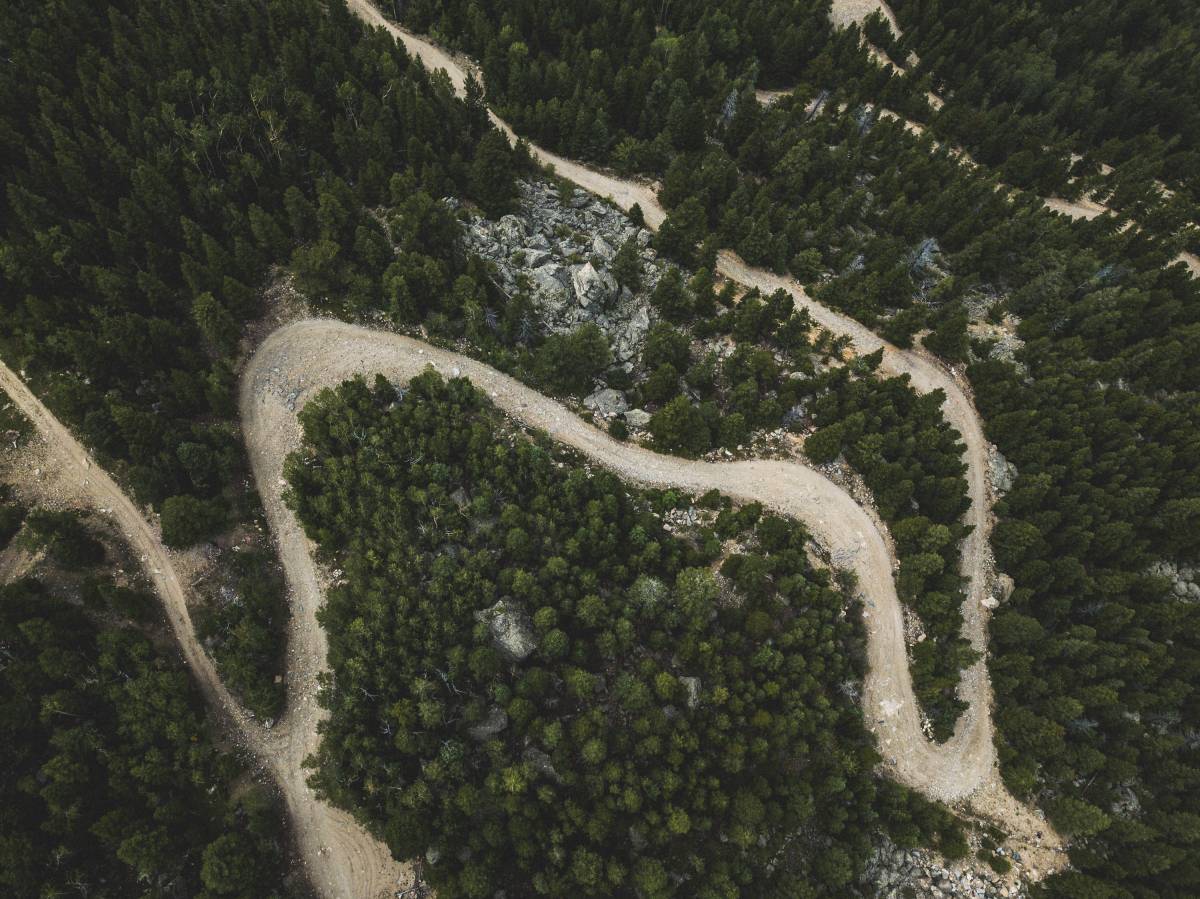 What I do remember was the comment on the photo. It said something to the effect of “You can’t even see it at all from down in town.”

I personally verified this fact dozens upon dozens of times while visiting Georgetown or driving by on i70. Every single time I would crane my neck upwards and stare, searching for some evidence of The Road. But there was none. 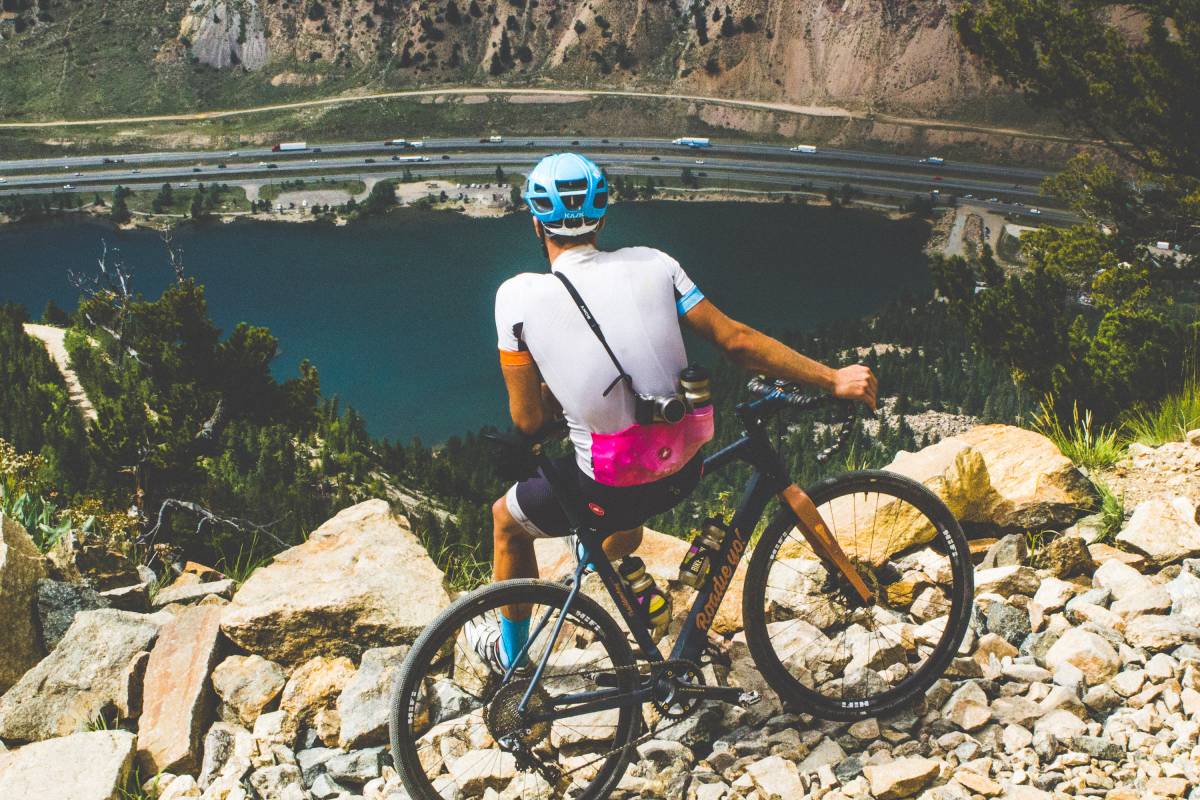 I like to think of myself as a fairly experienced road spotter. Every road leaves evidence of its existence even if it is no longer there. Hillsides with such roads often bear scars of erosion cutting across their flanks. Flat roads that have been abandoned usually have immature trees or foliage disguising them, but they too are visible to the trained eye.

I just couldn’t find The World’s Worst Climb™ though, until I looked on satellite views. There it was in plain view, exiting south out of Georgetown and cutting up the hillside towards Saxon Mountain. It was also clearly marked on Google Maps, so there’s that. But before you think that I accepted its existence after finding it online, I still didn’t. I kept driving by, gazing upwards at the rocky faces, and saw no evidence of it. Honestly I didn’t see how any road could go up that slope. It was a nasty mix of thin forest, scree fields, mining tailings, and outright cliffs. 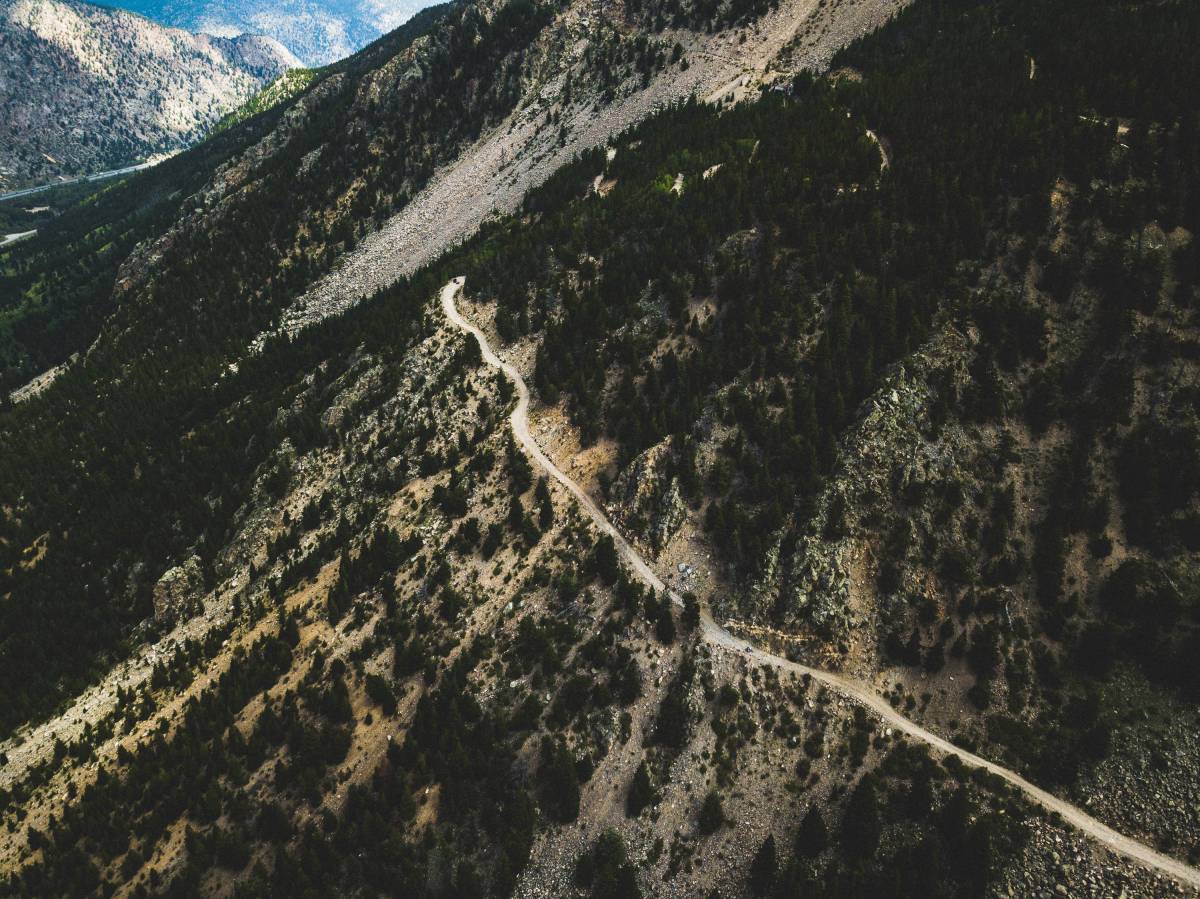 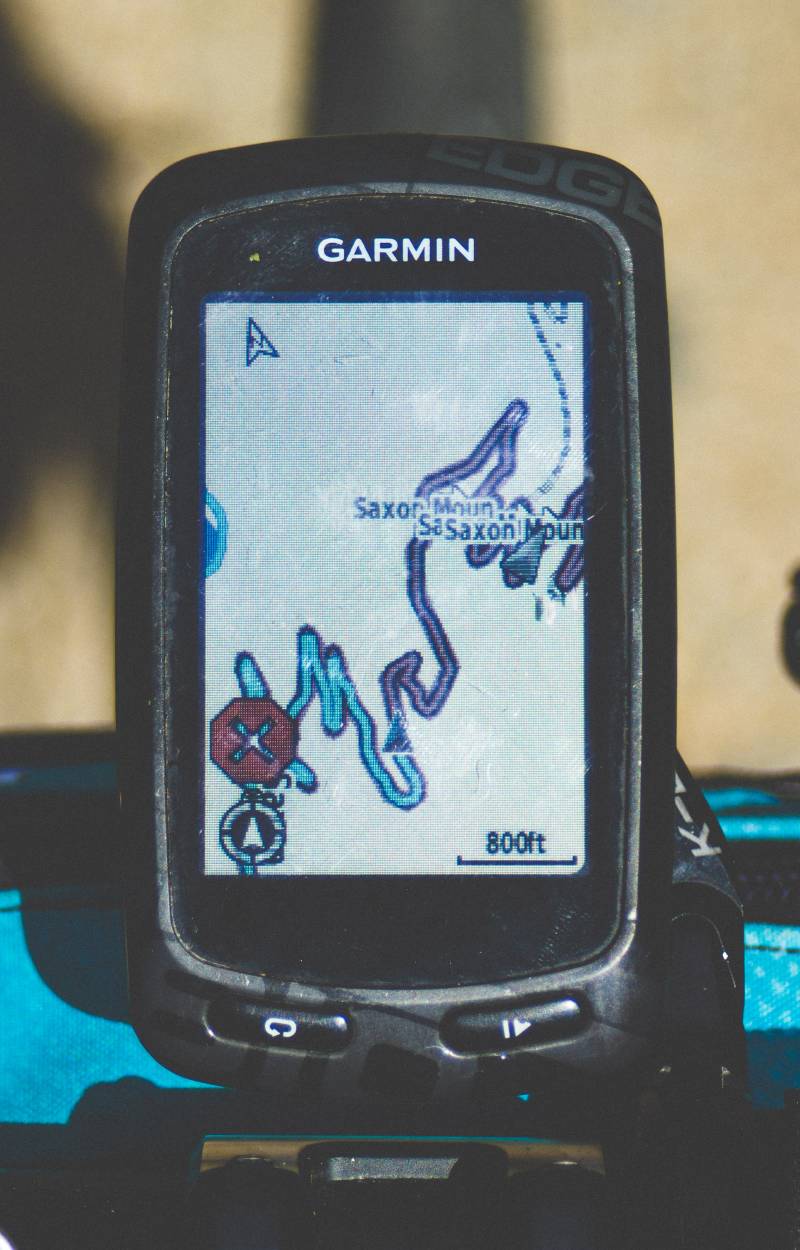 Monday was Drew’s Birthday and he was feeling birthday-ish. For some people, such as those who are five years old, birthdays are cause for jubilation and rapturous excitement. But for some people birthdays are simply time for introspection. Typically this is associated with old age, but Drew is a mere twenty-something so I will attribute his birthday-ish mood to him be interesting, mysterious, and complicated. I mean that as a compliment because the opposite of that would mean that he is uninteresting, obvious, and simple. 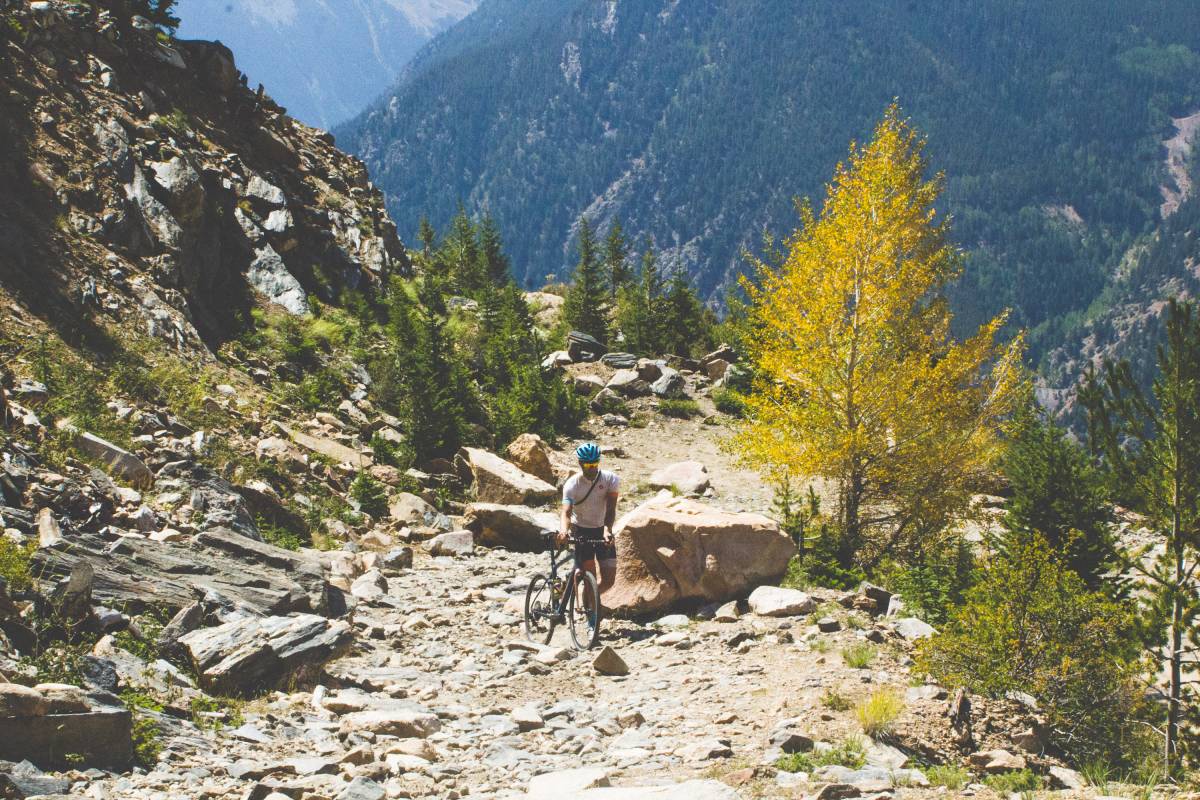 Drew wanted to go somewhere new, somewhere he hadn’t ridden for his birthday ride. I got clearance from my wife to take Drew on one just such a ride. As with many married men, the wife is the ultimate dispenser of ride passes. The husband must submit a request for review, apply minimal pressure during the review period, possibly do some dishes and offer a back rub, then wait for the hopeful granting of said ride pass.

Thankfully my request was approved! We would celebrate Drew’s Birthday on bikes!

At the exact time that the ride pass was granted The World’s Worst Climb™ popped into my head as a suitable route for the day. 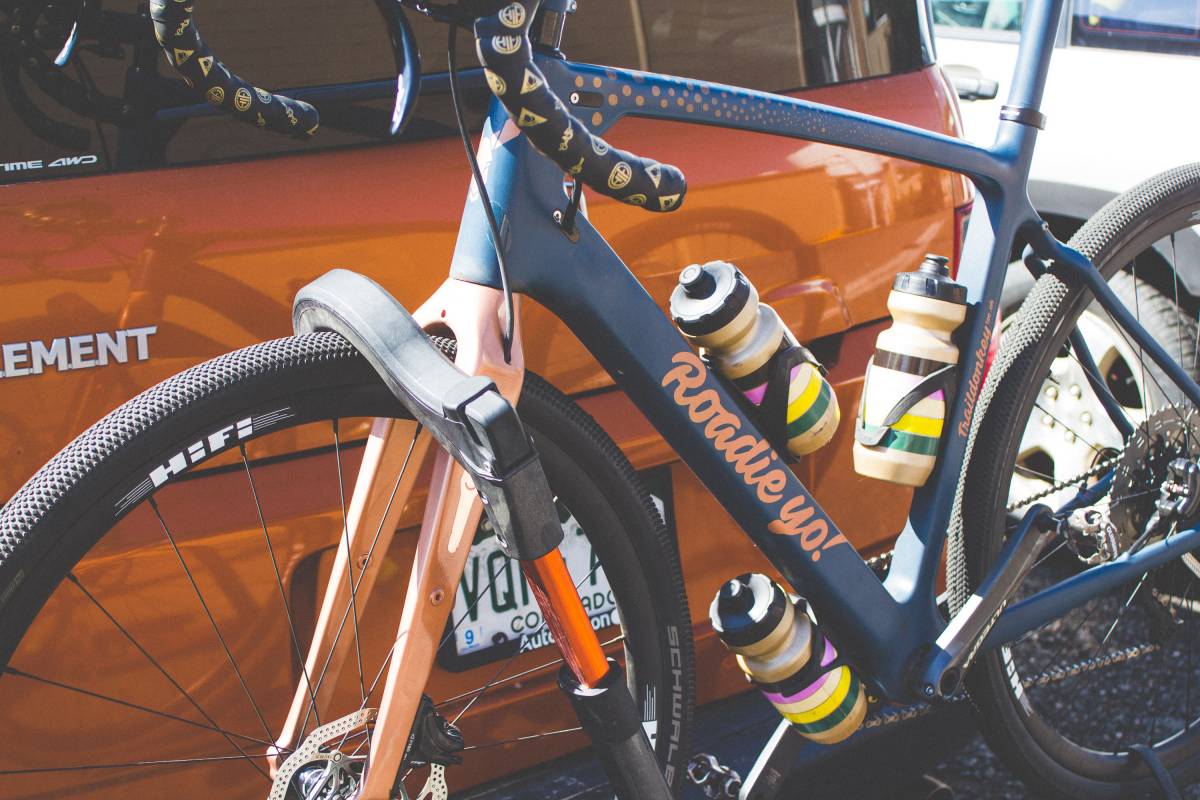 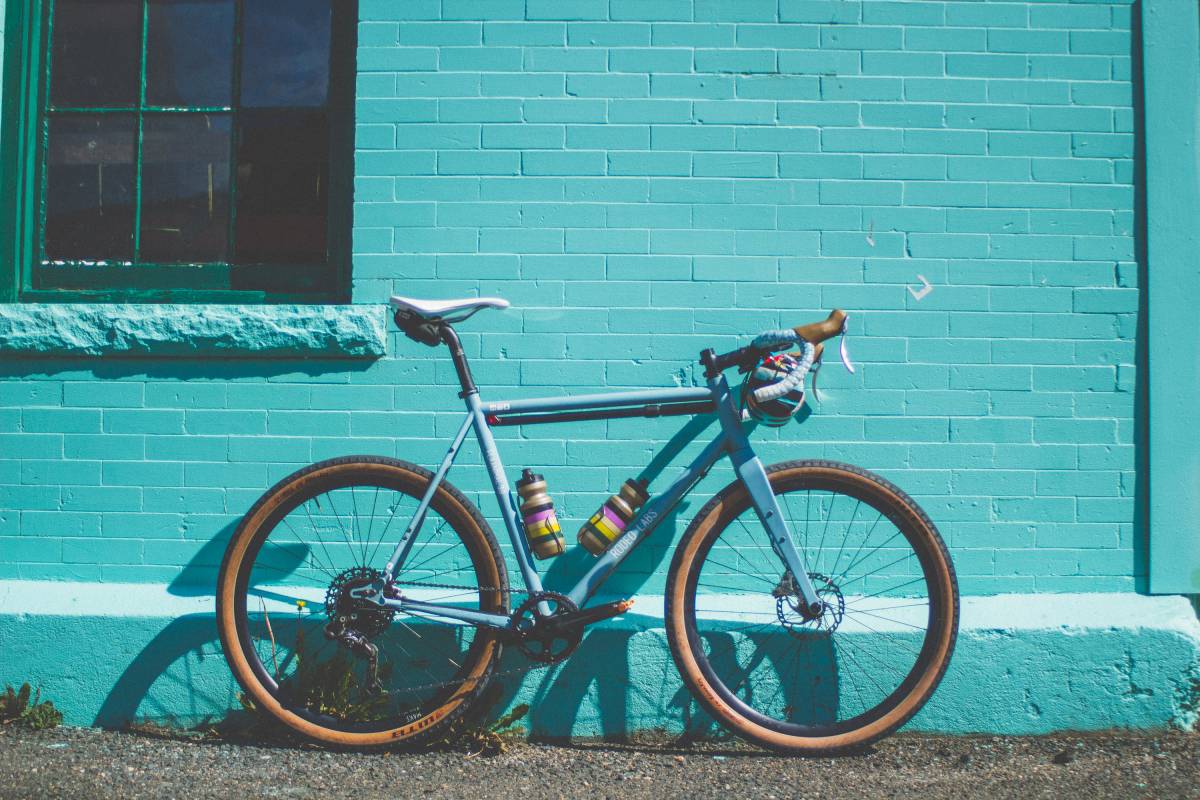 Suitable may have been the wrong word to use for Drew’s birthday route.

The first 10 miles of our loop were quite simple and very enjoyable. The ride from Idaho Springs to Georgetown is all paved and contains mild 1% to 3% climbing gradients. A perfect warmup for our upcoming evisceration on the slopes of Mt. Doom. 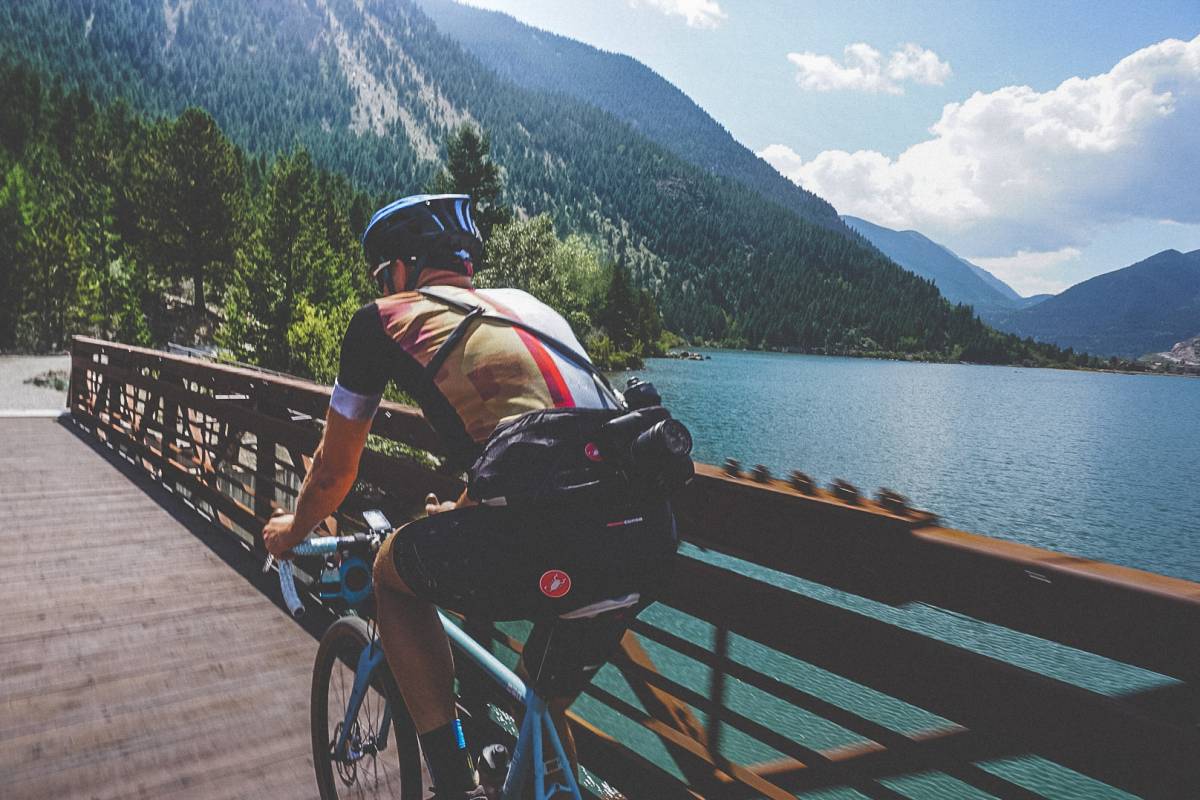 On the way to Georgetown we passed a trailhead that we didn’t know existed. Drew was on a bike with “Trail” in its name and I was on a Flaanimal with very fat tires on it so it would have been irresponsible for us to not have investigated the trail. We hung a left and gave it a go but quickly found it to be ill mannered and ill suited to bikes. No regrets though. When exploring new areas you never know if you are going to find a little known piece of buff loam waiting to be discovered, so you have to at least try. 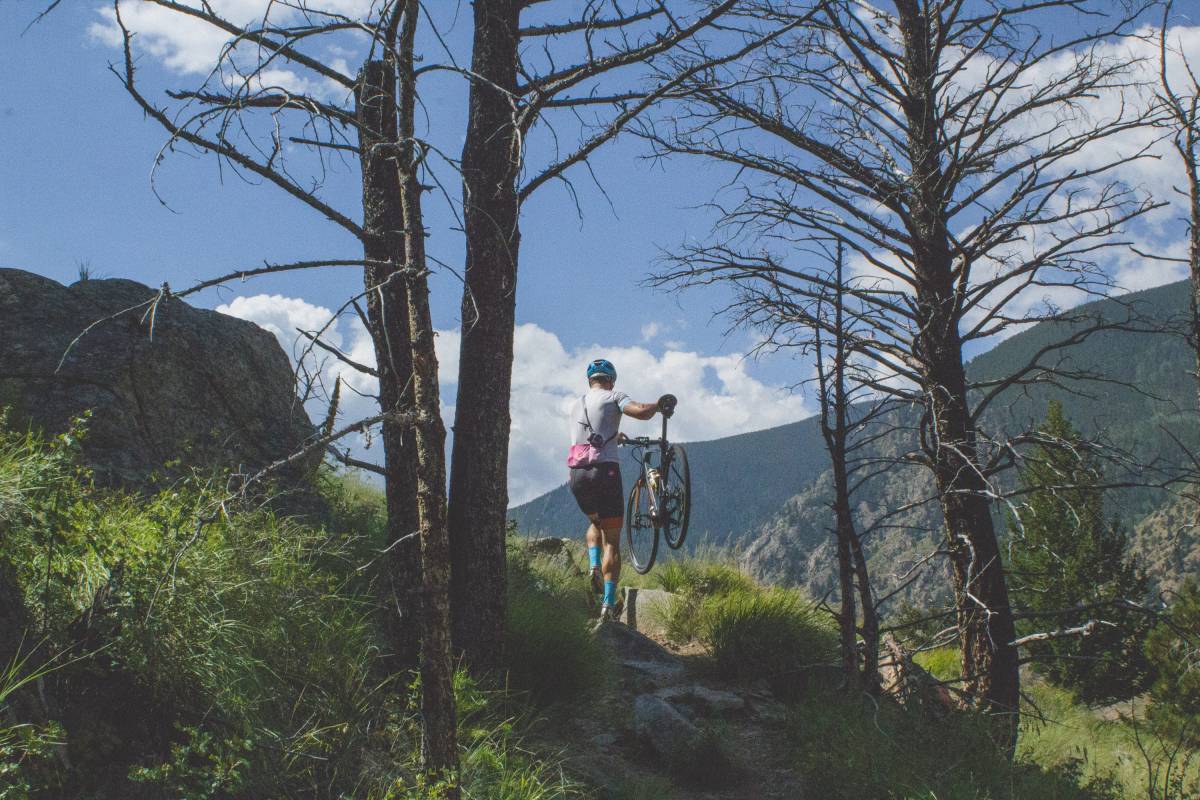 When we arrived in Georgetown I still hadn’t told Drew that we were going to climb The World’s Worst Climb™. Drew showed what he must now think was a stupid level of trust in my route selection. He pointed to a far off mountain and asked jokingly if we were going to ride up it.

“Ha ha ha, no way!” I said. I didn’t have the courage to tell him that The World’s Worst Climb™ was probably much more difficult than anything he would even joke about. It was best that he didn’t know.

I kept looking to the left up the cliffs and boulder fields, looking for signs of the road but there still weren’t any. We were directly beneath it and it was still completely hidden. As we drew within two blocks of the entrance of the road I was becoming more and more convinced that it wasn’t really there.

And then suddenly there it was. Saxon Mountain Road does exist. It has a sign. It’s real.

“It’s real!” I exclaimed excitedly. Drew looked at me funny because he didn’t know that I didn’t know if the road was really there.

Blind trust, what a gift! 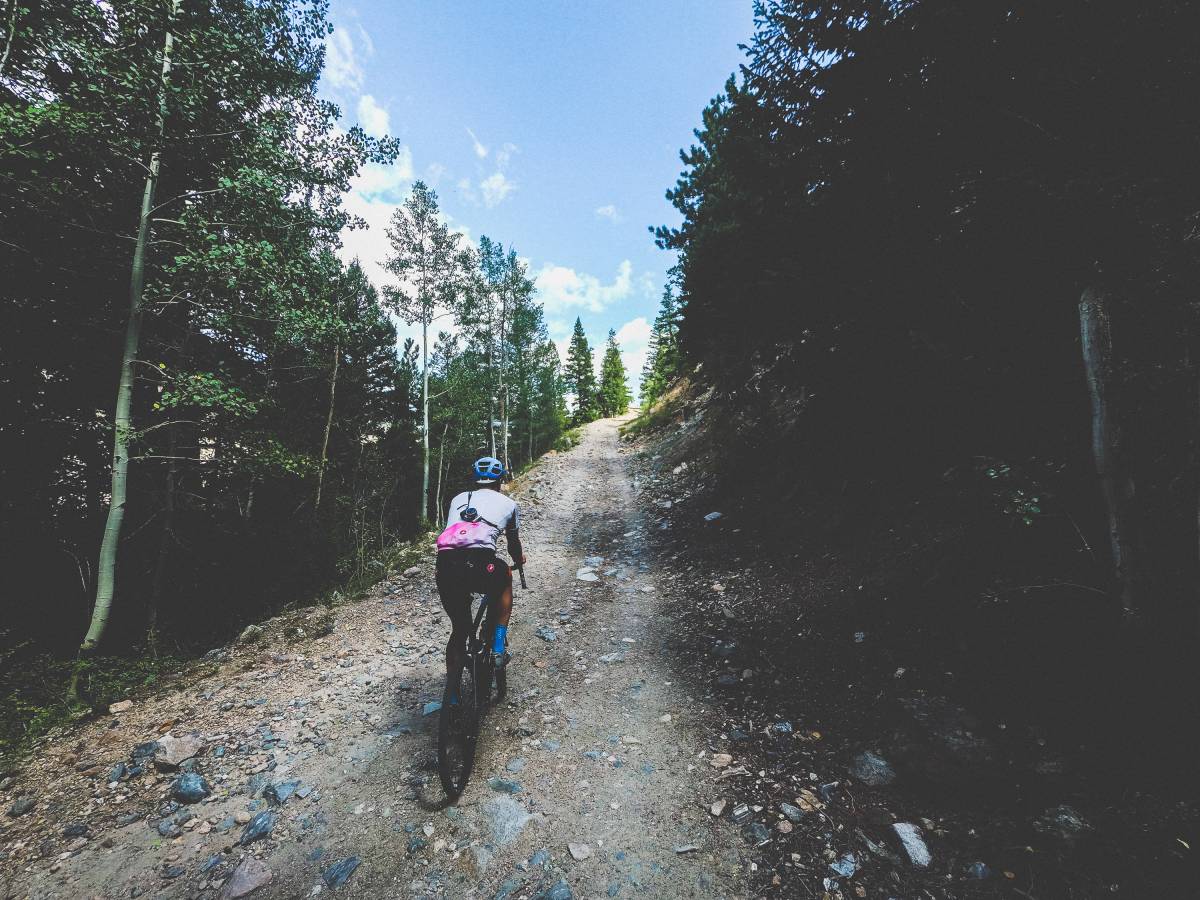 Saxon Mountain Road starts as a bona-fide road for at least the first few minutes. The condition of the road thrilled me. It was semi paved and mild gravel. I had a rising feeling of having discovered a secret treasure climb that I would now keep all to myself, telling nobody of existence. Only because the road would eventually prove to be The World’s Worst Climb™ am I writing this at all. Smooth boring blacktop roads are great for riding but not great for writing about. 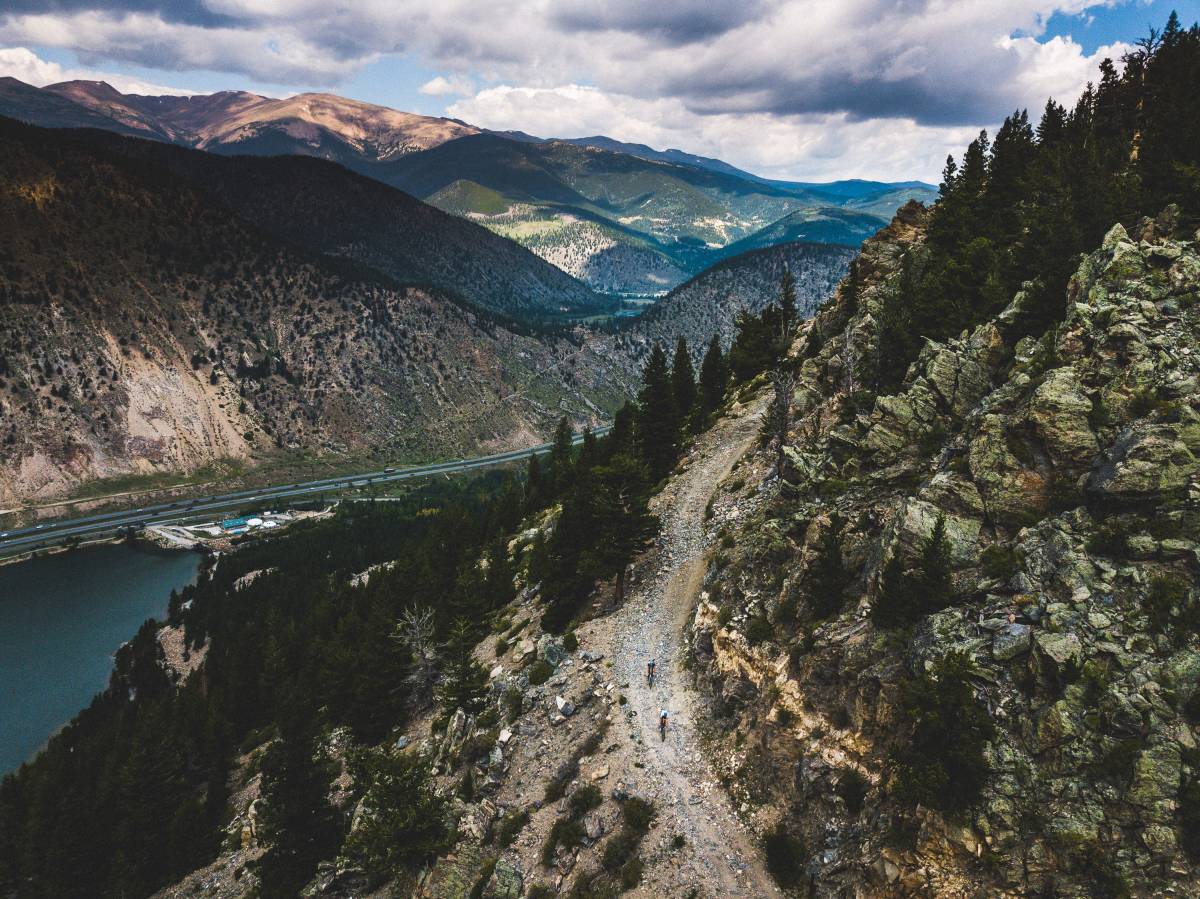 It was less than a quarter mile in that Saxon Mountain started punishing us. The gradients turned upwards and the surface started deteriorating quickly.

“It’s OK”. I thought to myself. “As long as the road stays like this it will still be great bike riding”.

The road didn’t stay “like this” though. It got worse. It got Worst™. 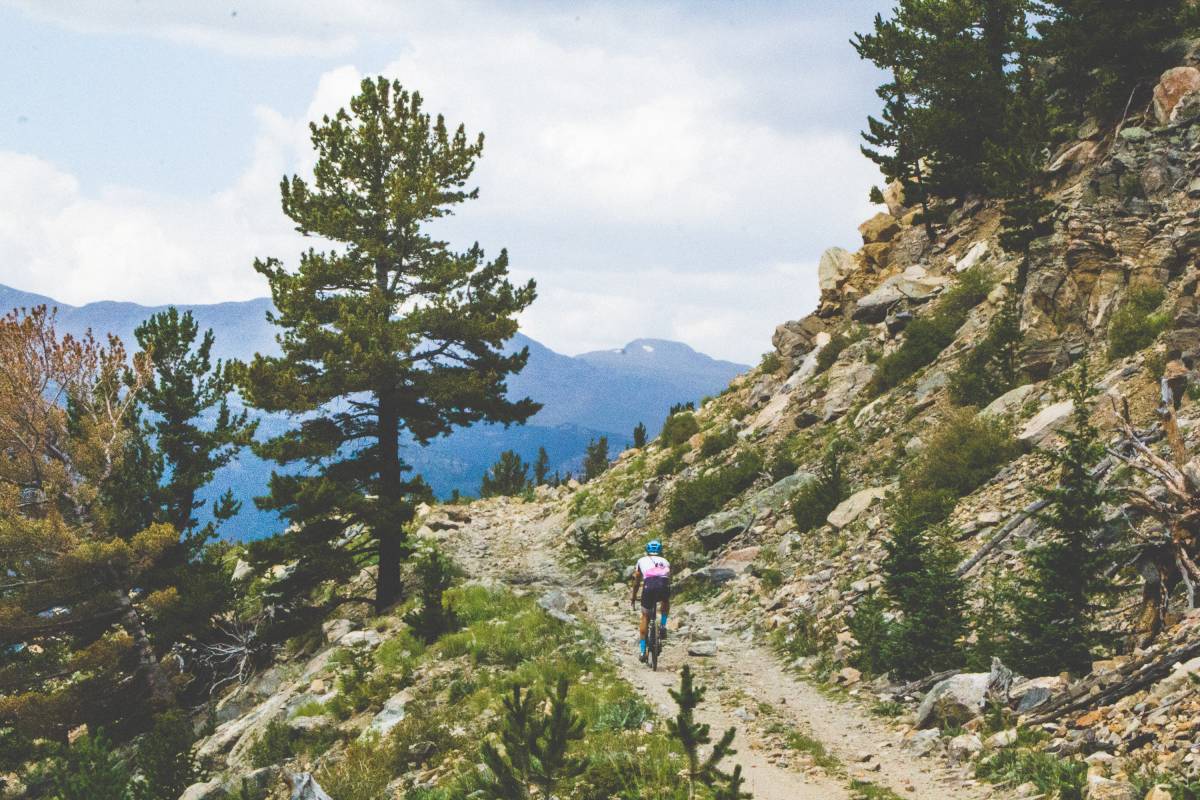 Switchbacks ensued, as did rocks the size of softballs, then grapefruits, then cantaloupes, then basket balls, then sea turtles. Sometimes the rocks were intermittent, sometimes they were laughably constant, oversized cobbles placed by a fifty foot giant who was in a horrible mood. 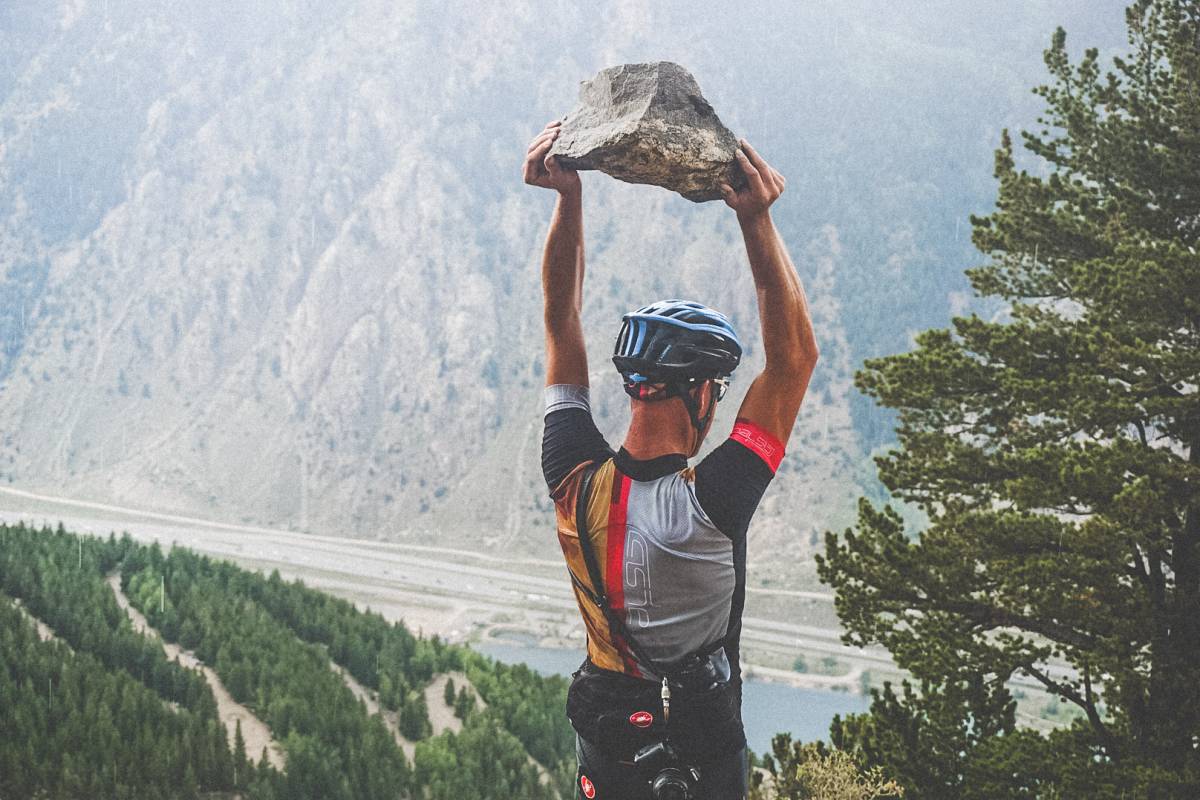 I didn’t laugh, I apologized to Drew. I was sort of fine with the chaos of the road but this was very probably ruining Drew’s birthday. Except for the fact that it wasn’t. Despite barely-rideable conditions, spinouts, topples, and sections of hiking, Drew never really showed signs of having a bad time.

Drew is an interesting, mysterious, and complicated, and very obviously sick man. 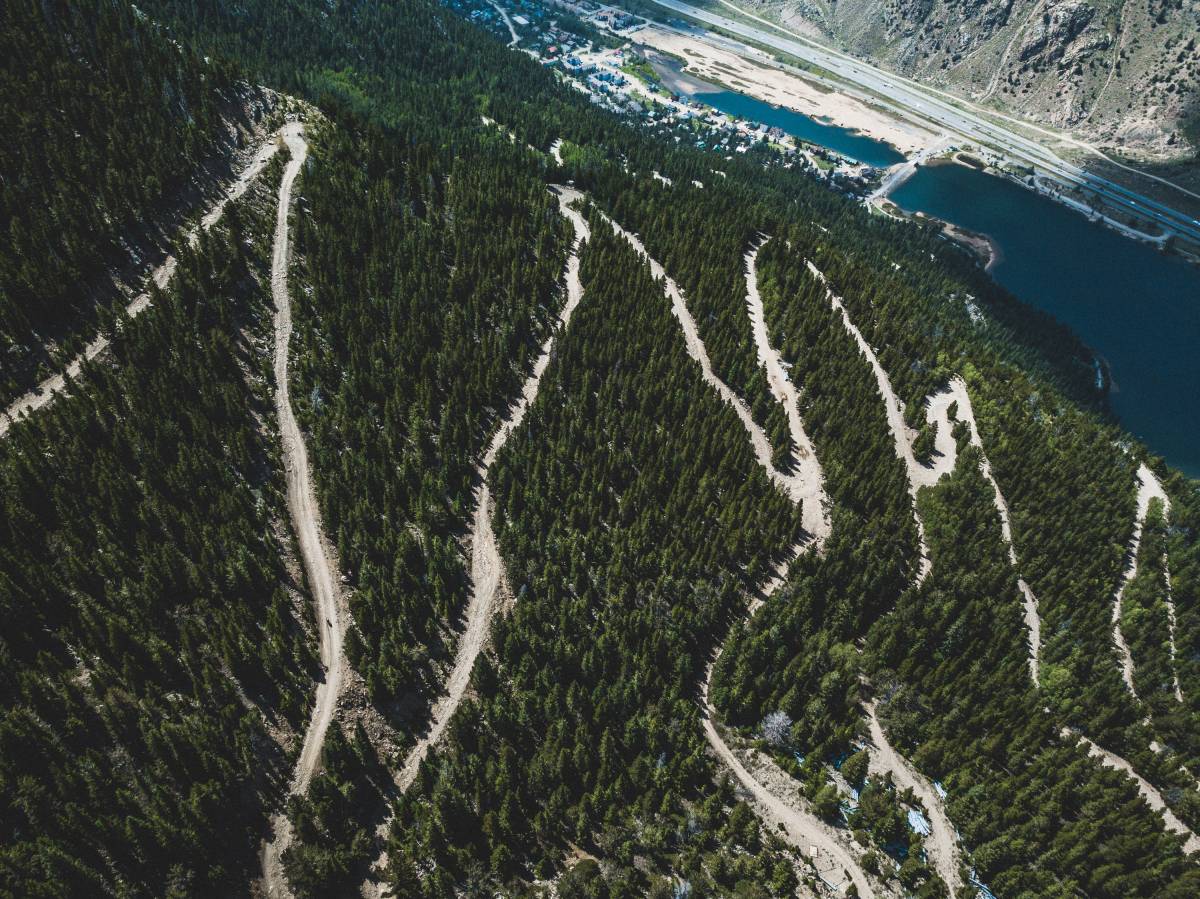 I guess that makes me one too then because we were both having fun on Saxon Mountain.

I think this is a good moment to pause, reflect, and remember the hail storm that assailed us about 3/4 way up the road. We hid under a rocky outcropping chiseled into the face of the cliff until it passed. Cranky giant indeed. 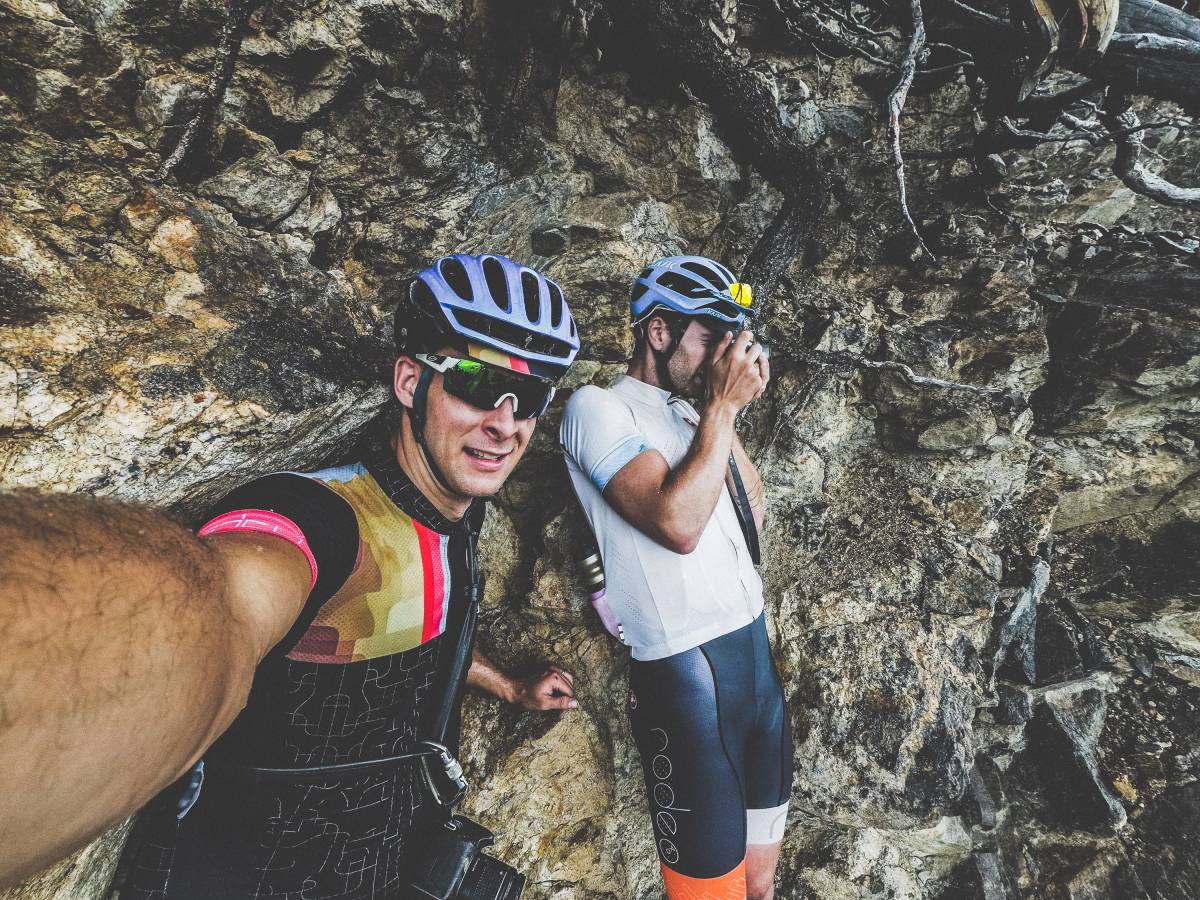 And here’s the thing: The World’s Worst Climb™ is a hideous, grueling, abusive, eroded, scree covered, boulder strewn, dilapidated, disgusting excuse for a road, but that didn’t matter. The higher we got on the road the cooler it was. 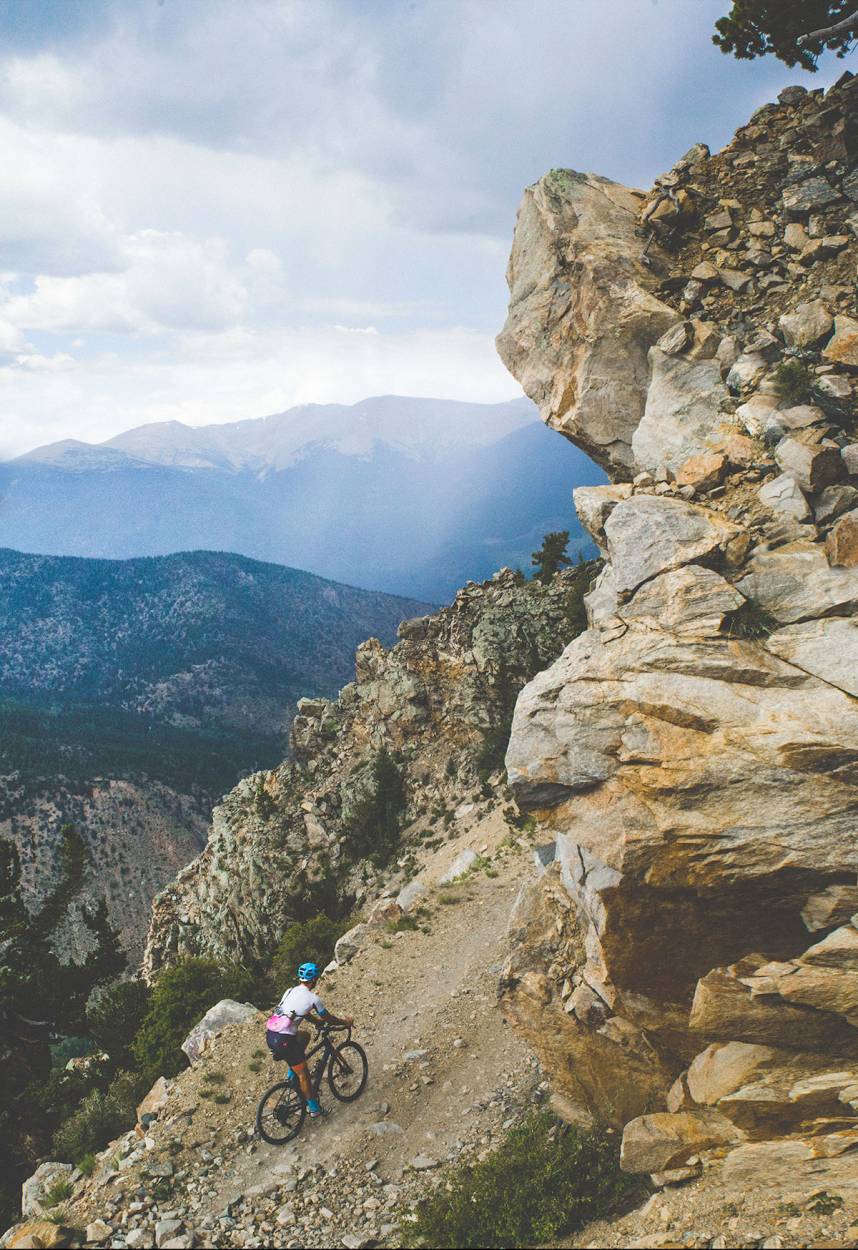 The World’s Worst Climb™ has a certain je ne se quois about it. How can something so bad still be good? I don’t know! I think for most normal, reasonable people the road has no appeal at all. To anyone reading this: You probably don’t want to climb Saxon Mountain road. It sucks and you’ll be very sore the next day. You’ll probably flat and dent your rims. If you do give it a try you’ll probably turn around in disgust 1/3 of the way up only to discover that the descent is even worse than the climb. 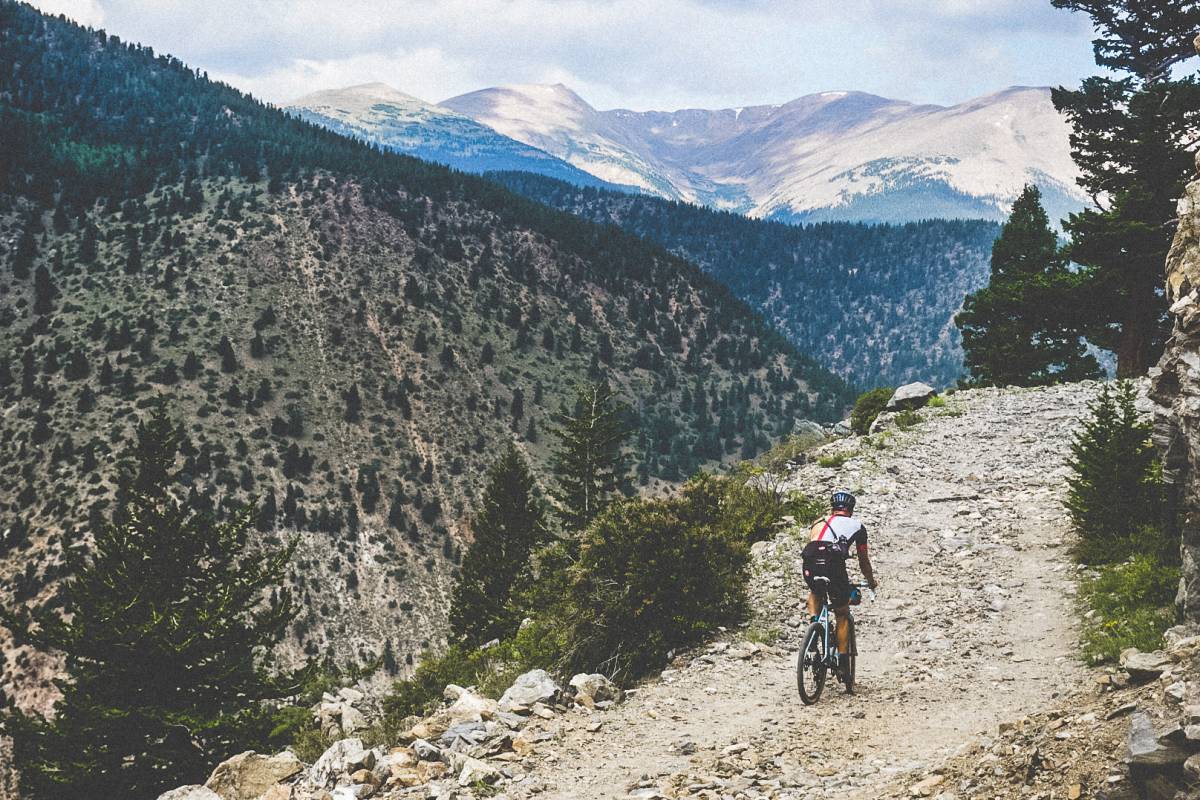 But for the interesting, mysterious, and complicated, and very obviously sick people reading this who might ride the road anyway, you’ll really dig it. On the way up you’ll find what you are made of. The road will teach you things about how to ride a bike. Did you know that a rigid drop bar bike on 40mm tires can float unimpeded over fields of soccer ball size boulders?

It can! I didn’t know this until about half way up the climb but I turned a switchback, saw the 200 foot scree field in front of me, then proceeded to have an out of body experience as I floated from one end of it to the next.

I don’t know how it works but your body adapts to bad conditions. It learns to hover. It learns to sprint when speed is needed and rest when it isn’t. It learns that there is almost always a rideable line somewhere in the chaos of a pile of rocks just waiting to be discovered. 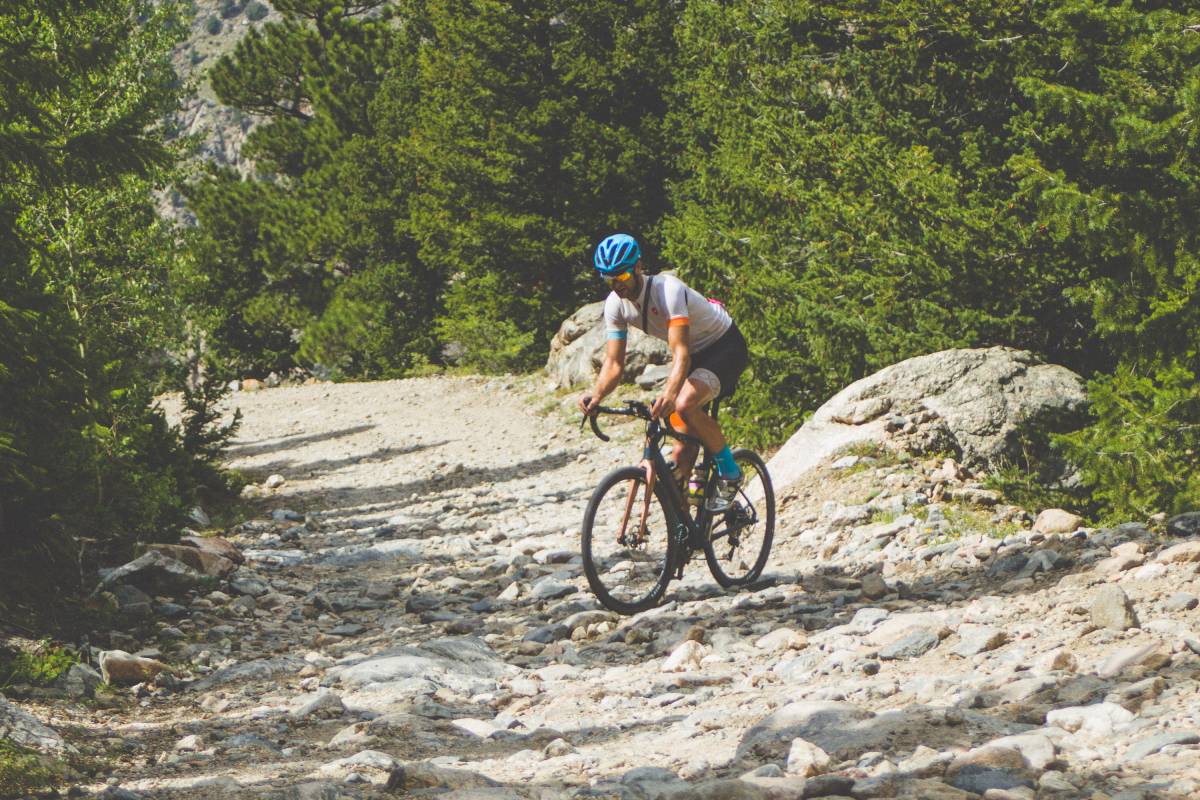 And when there isn’t a line you dab or fall over, and you laugh at how hilarious it all is: Two friends out celebrating a birthday by sharing a horrible experience, and coming out the other side smiling about it.

Consider yourself warned. We’re not done with Saxon Mountain Road. It was so bad that we want to share the pain. We’re looking for a suitable date, hopefully before the snow flies, to throw the first ever World’s Worst Hillclimb™. Saxon Mountain Road will obviously be the venue. 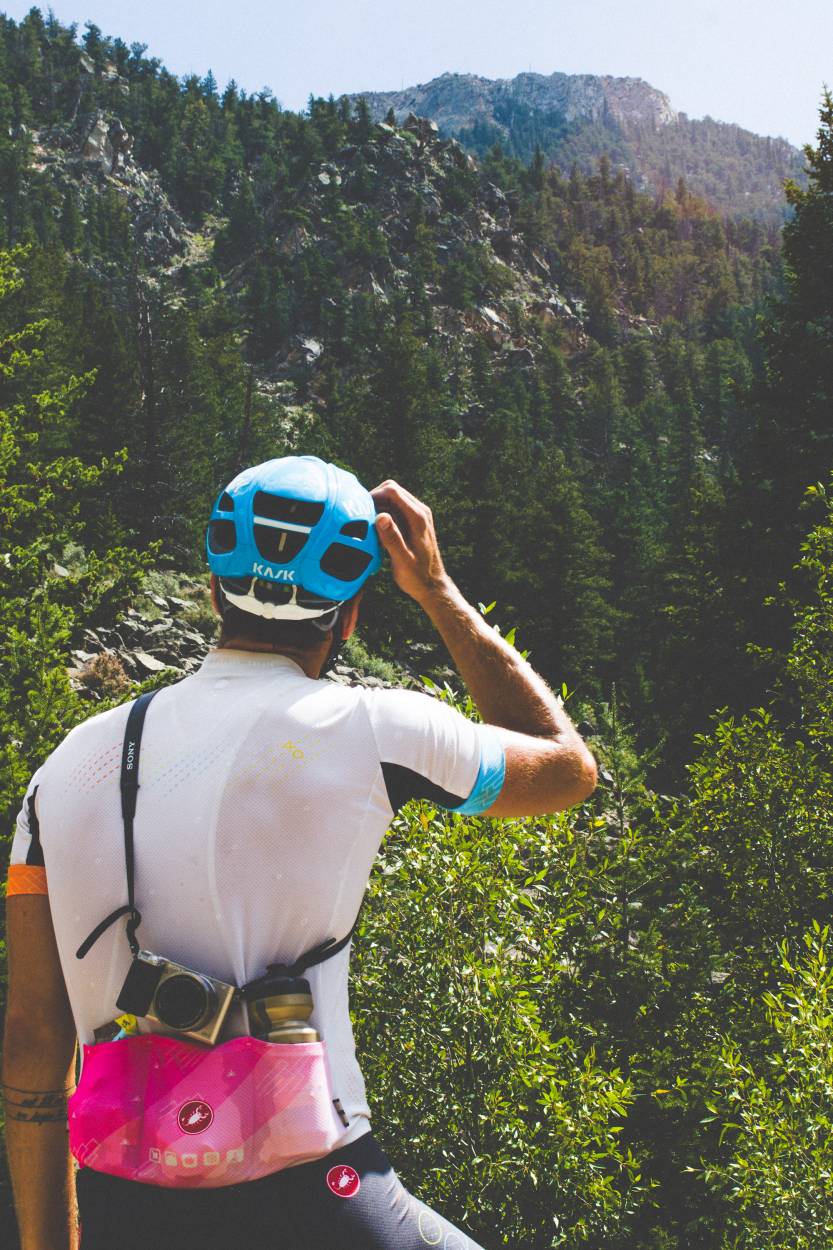 If you do want to ride up this road gear selection is directly related to how much fun you (don’t) have. The best bike for the the climb is probably hiking boots. The second best climb is probably a 650+ dual suspension bike with about 15psi in the tires. Big gearing is a big priority. We had 40 x 46 and 40 x 42 gearing and it put us at our max. We also stopped a lot to rest and take photos. A 40mm tire will get you up the climb… in discomfort. 47mm is better but still only for the slightly demented rider.

Bring a good attitude and a sense of adventure. 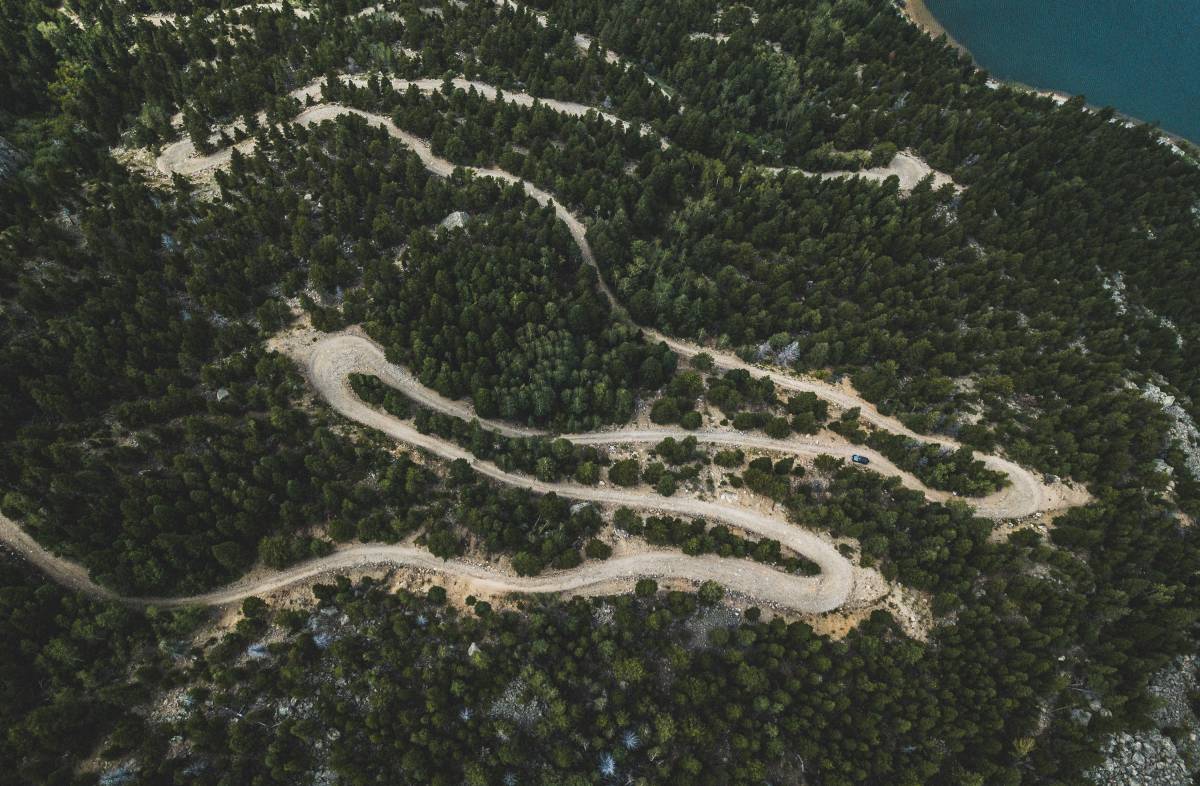