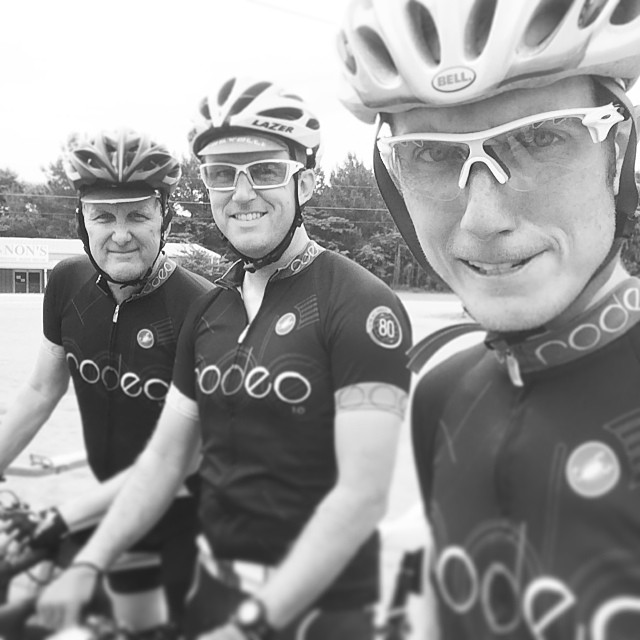 Words by Bo Brawner. Photos by Bo and Taylor Brawner.

It is difficult to put into words having your brother and your dad on the bike next to you. Some of you may get to experience this – some may not. But in his late 50’s my dad saw my brother and I complete the ride from ATL to PCB FL and asked at the victory dinner, “you guys think I can do this?” 50 pounds overweight and with some heart issues, we said, “of course! It’s just gonna take some work.”

He worked… Hard. He bought a bike on consignment and then hit the trainer all winter hitting every workout we could throw at him. Changing his diet, losing almost all the weight and now at almost 60, headed on this epic ride to the beach just to be with his kids.

Rodeo-Labs is a strange and amazing beast. I never thought that so many people from all over the world could be united by friendship, cycling and he-hawing. Not many people understand what we are doing with this. Nevertheless, we are all part of changing the way people view fitness, photography and overall cycling.

We recently set out last Friday at 5am from ATL in the dark, caught MARTA (our subway), headed through the mass of deadly traffic and then picked up the ride and headed south. After a brief stop at McDonald’s for some tackling fuel, dad found us and someone else sagged. About 65 miles in on the day and we stopped in Warm Springs, GA at a mom and pop burger joint. Did anyone know that cleats can be slippery on a restaurant hard floor? Well they are… and good ole Dad practically shattered his wrist with a displaced distal radius fracture when he slipped and flew up in the air as if Donkey Kong himself had put a banana peel there – all his weight landing on his wrist. His trip was over, so was mine. They don’t set bones in the ER anymore, otherwise I would have continued and he would have just sagged the rest of the way in a hard cast. Taylor kept on with the other gents on the ride… Honorary Rodeo men who started this whole ride 8 years ago and have not missed a year since.

Back in Huntsville now and watching Taylor finish for the rest of us was tough. But it was an incredible 24 hours of prep, coaching pops, and setting out to an early demise. One which I will remember for the rest of my life. It’s ironic and wonderful that Dad didn’t wreck on the bike – also that he didn’t split his head open when he fell in the restaurant. Just a broken wrist, and a desire to get on the trainer as soon as the bones are set next week.

As possibly the first Rodeo-Labs casualty-of-rally, this one goes down as sucky, painful and awesome all at the same time. Two sweaty dudes drove 5 hours back to Huntsville, AL hopped up on Percocet and Chick-Fil-A as the group self-sagged the rest of the trip in the 95 degree heat. Cycling is incredible and unifying, family is everything, God is good. Hee-Haw.